EDITOR’S NOTE: In the interest of clarity, we have rewritten the headline to accurately represent the facts stated here. While the writers acknowledge that the content could be misleading, they also never explicitly claimed for the facts to be true but rather only in reference to the original tweet.

You’ve seen them on ‘Eat Bulaga!’, and you’ve probably caught an episode of their afternoon anthology series ‘Daisy Siete‘. Who would’ve thought that the Philippine girl group, the SexBomb Girls, were Asia’s superstars long before the rise of K-Pop?

In a Tweet that went viral, user @notreallyloey posted a screenshot of a mock Google search result stating that the SexBomb Girls were Asia’s “best-selling girl group” for 11 consecutive years from 1999 to 2009.

THEY SAID THEIR MICS ARE ON!!!! pic.twitter.com/kiAvEwKoll

This was during the years before K-Pop became mainstream, where the only K-Pop artists known globally were (correct me if I’m wrong, K-Poppies) BoA, TVXQ, and Rain.

Filipinos were singing “spaghetti pababa,” long before the current era of global Asian girl groups like BLACKPINK. The SexBomb Girls’ supposed 11-year streak as “Asia’s best-selling girl group” was broken in 2010, with the breakthrough of K-Pop acts like Girls Generation (SNSD) and 2NE1, taking the continent (and soon, the world) by storm after the release of “Gee” and “Fire” respectively.

However, the Philippine girl group’s impact has yet to slow down with generations of Filipinos familiar with at least one of their songs, their acting roles, and their social media presence.

A motivational video for everyone😌

this is something i can finally agree on kdhsks

The SexBomb Girls were originally formed in 1999, having only 4 members at the time and eventually debuting in 2002 with 26 members. According to BMG Records, five of the girl group’s studio albums received platinum awards — namely Unang Putok (4x platinum), Round 2 (5x platinum), Bomb Thr3at (2x platinum), Sumayaw, Sumunod: The Best of the Sexbomb Girls (Platinum), and Sexbomb’s Sexiest Hits: 3 (Platinum).

The SexBomb Girls truly walked so SNSD and 2NE1 could run.

Although the girl groups mentioned are incomparable due to the difference of music record certifications in the Philippines and South Korea, their influence in their respective home countries is massive.

Even the oldest songs from these girl groups are still being used and referenced by the present generation – with the new generation of SexBomb Girls still gaining traction thanks to their predecessors and Girls Generation’s debut song “Into the New World” being played in feminist protests in South Korea and Thailand. 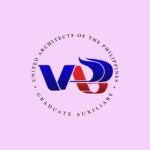