Since the nationwide lockdowns have been imposed due to the continuing global fight against the COVID-19 pandemic, having a separate home office has been a priority among employees who have turned to remote working arrangements.

These employees have also tried mastering how they can beautify and make the setup of their personal workspaces at home more unique and relaxing.

One of them is Vincent “Vince” Lubuguin, a 30-year-old native of Cabuyao, Laguna, who is an overseas Filipino worker (OFW) in Singapore. He has been working there for two years already as a 2D and 3D architectural technical officer of a construction company.

Apart from that, Lubuguin is also a Pokémon toy collector and content creator. He is such a huge fan that he converted his workstation into a Pokémon-inspired nook by personally designing and adorning it with pieces from his collection, to ease his boredom while working from home during the pandemic. 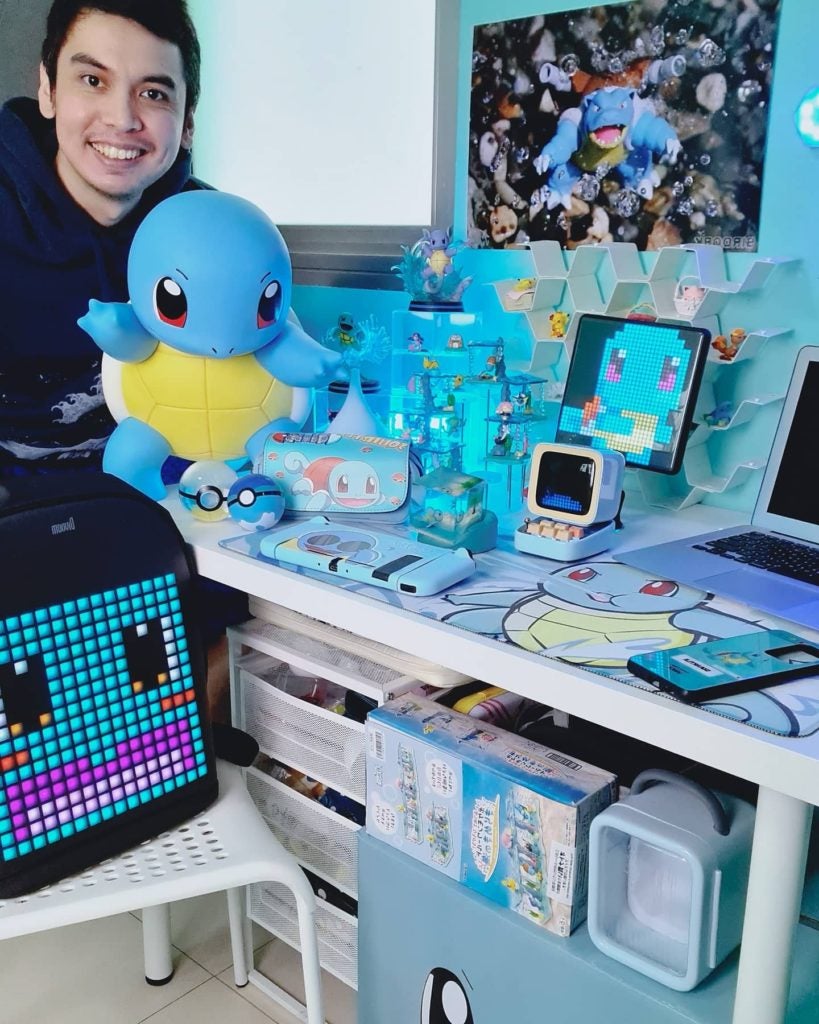 Lubuguin decided to make use of his collection in decorating his workspace at home after the Singaporean government imposed a two-month “circuit breaker” or lockdown in April 2020 due to the growing clusters of COVID-19 cases there. At the same time, they were advised by their employer to work from home.

In an interview with INQUIRER.net, Lubuguin admitted that he got bored with the usual plain setup of his workstation so he decided to use items from his Pokémon collection as accents to enhance the space. He also shared his nook’s various transformations on the Facebook private group Home Buddies. 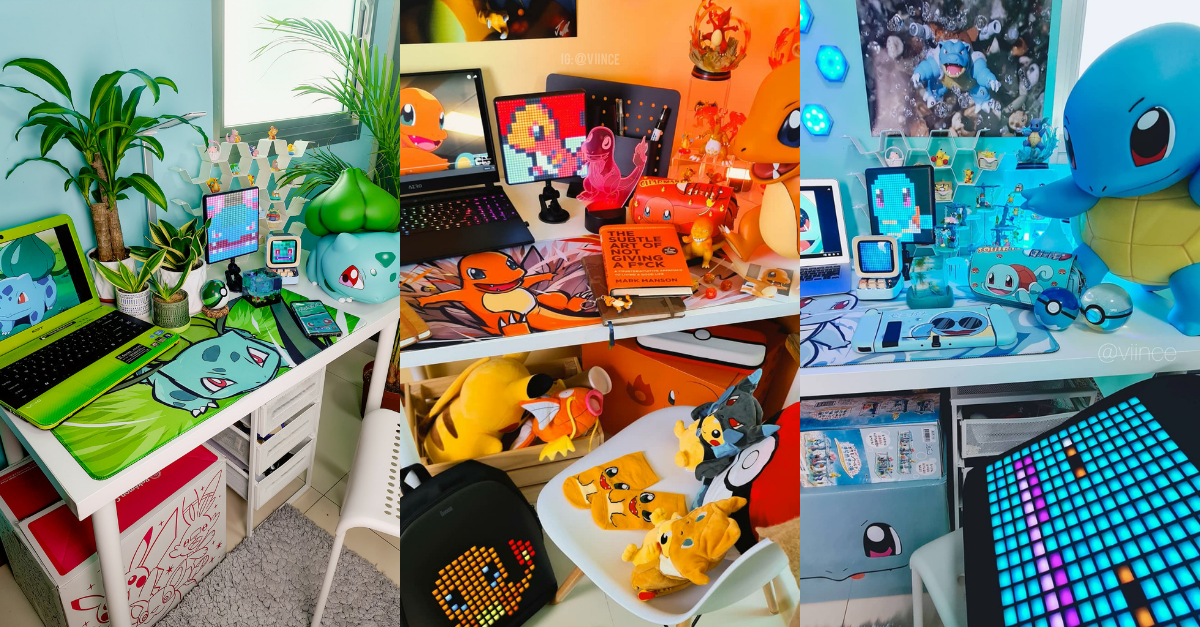 Later on, he also experimented with various combinations in one set up, together with his home plants, and called it the “Secret Garden Game Station,” which features the adorable Pokémon character ‘Togepi.’ 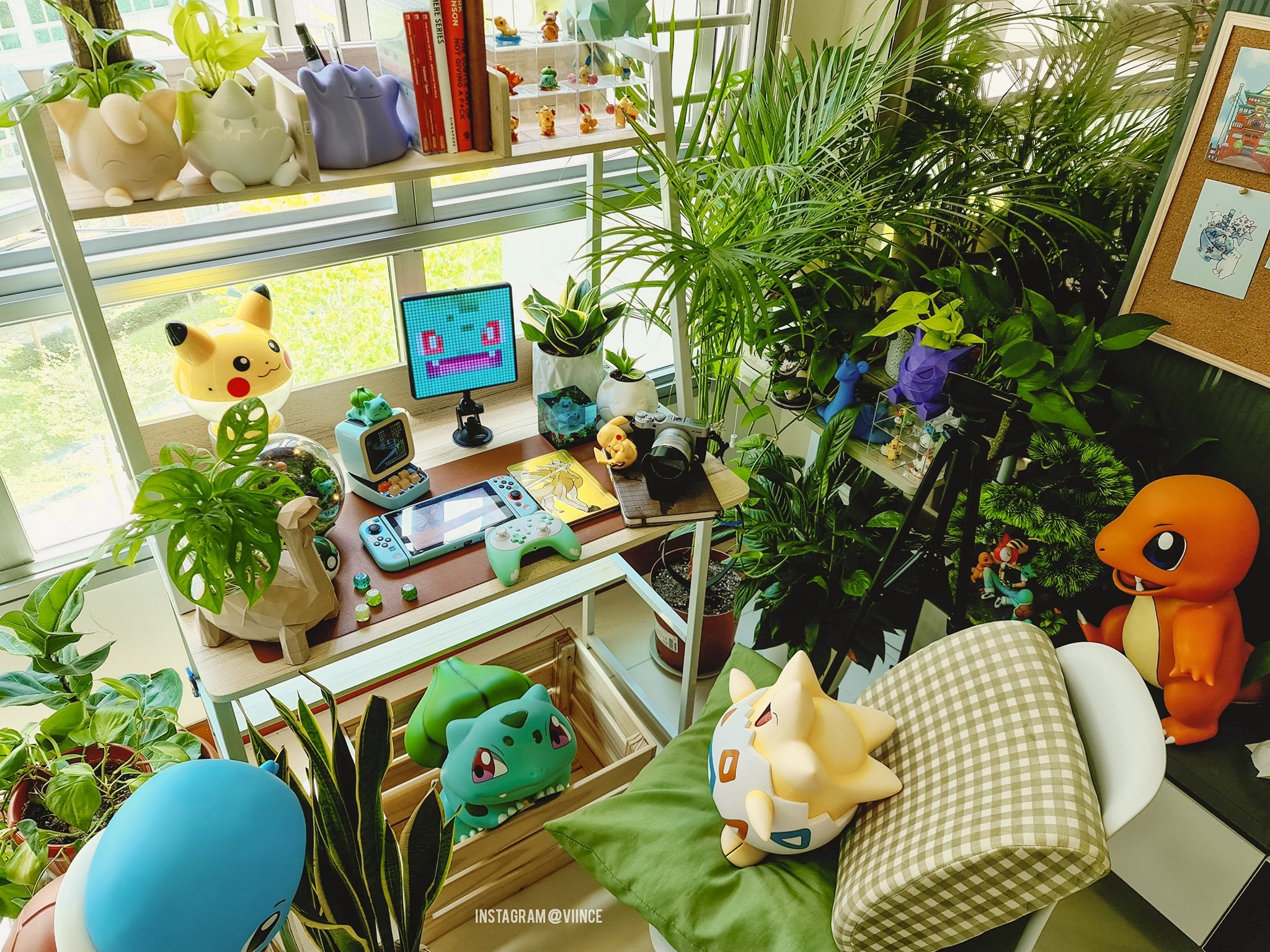 Vince Lubuguin combined his collections in one setup which he called the “Secret Garden Game Station.” Image: courtesy of Vince Lubuguin/Facebook

(What I want to happen is to have a space to play games, and at the same time have a relaxing and peaceful vibe at home.)

Lubuguin’s fiancee, Mikee Reyes, has even been supportive of his hobby. He usually asks her to take good photographs of him, when he needs to strike a pose with his customized workstations.

Vince started with his Pokémon collectibles in 2001. Eventually, his hobby encouraged him to create content about it through his Instagram account @viince, which has been going on since 2011. Later on, in March 2020, he also started his YouTube channel VIINCE TV, although he is not actively uploading content on it, as of the moment.

“When I was in my childhood years, I always make sure that I watch every episode of Pokémon on our television, and I’ll pay attention to every Pokémon character that appears on the show,” Lubuguin further told INQUIRER.net. 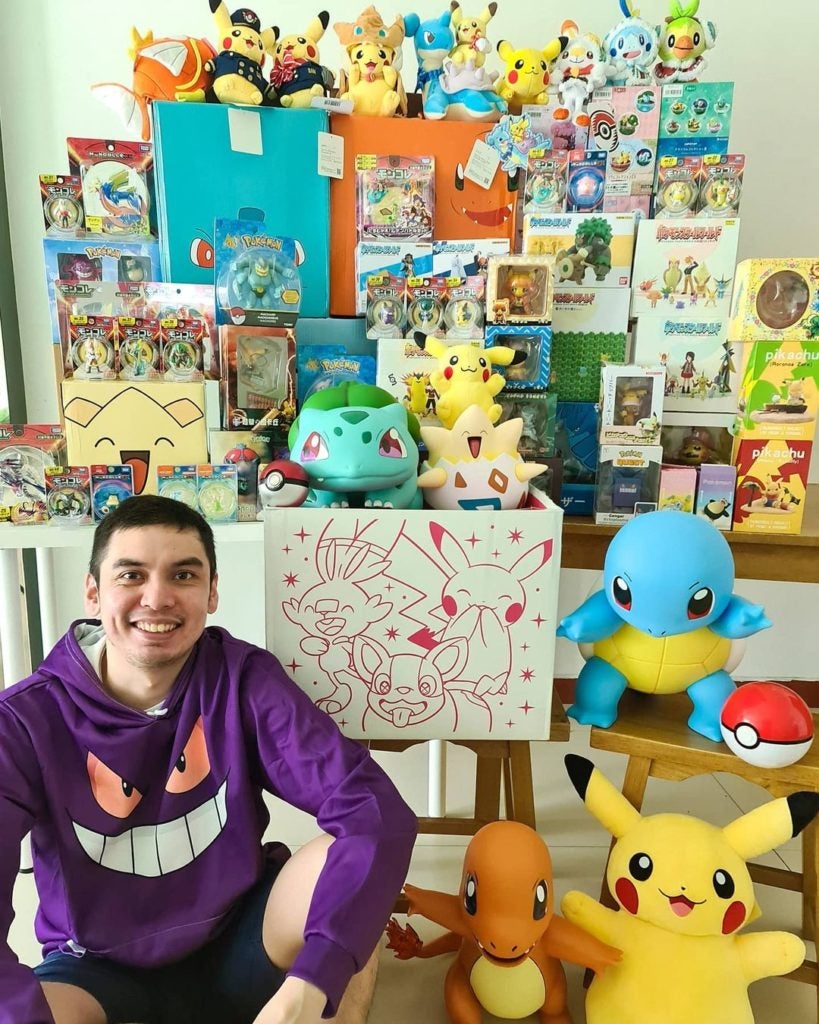 Vince Lubuguin poses with some of his Pokémon toy collections at his home in Singapore for the celebration of Pokémon Day last February 27. Image: courtesy of @viince/Instagram

From his hobby of watching the Pokémon television series, Lubuguin was inspired by the different Pokémon designs and wanted to collect them all. He mostly buys his Pokémon collectibles in Pokémon Center Singapore and through online sites like Amiami, Premium Bandai, and even from Shopee.

He has also been to Japan and visited several Pokémon Centers there, which he said “are the best places a Pokémon fan can dream about visiting,” such as the Pokémon Center Mega Tokyo, which is the newest and one of the largest Pokémon stores in Tokyo, as well as Pokémon Center Skytree Town and Pokémon Center Osaka. 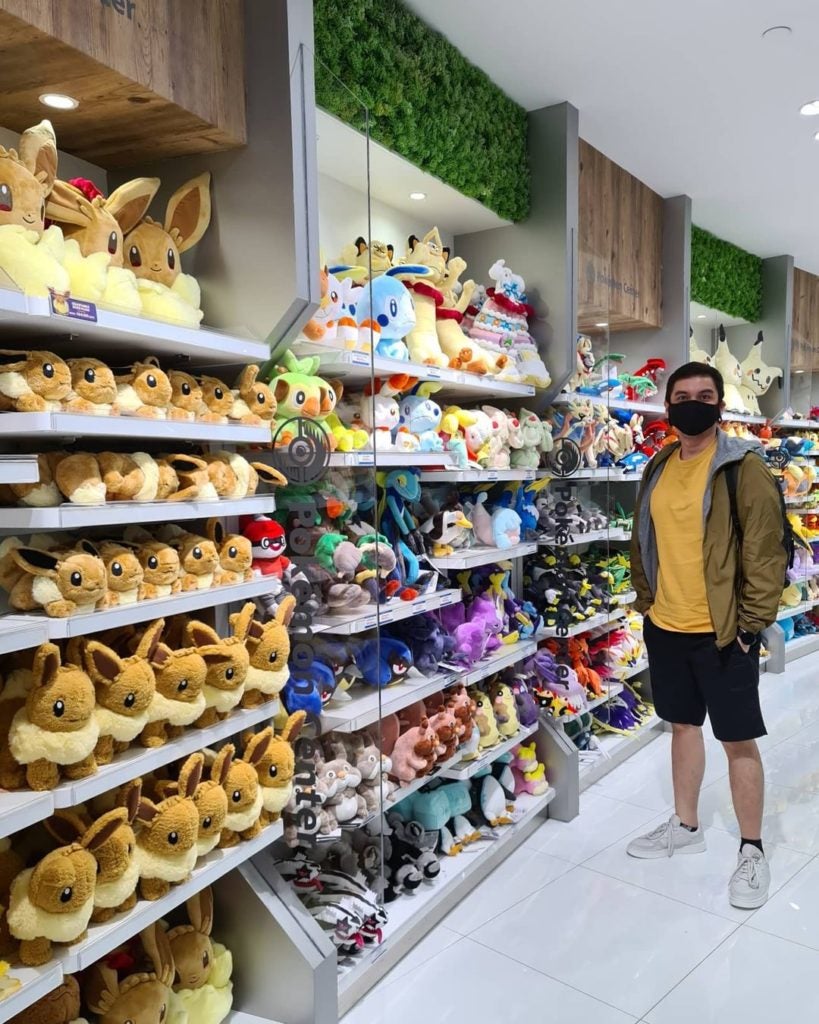 “As of now, I could not track how many collectibles I already own but I can assure [you] that it’s around thousands already,” Lubuguin revealed.

When asked about how he keeps his collections organized, Lubuguin answered: “Before, I [really] had a hard time maintaining the cleanliness of my toys as I was just using an open wooden rack customized by my father, but I managed to save up and keep my toys organized by displaying them in a glass cabinet which saved me time to dust-off my collectibles.”

Speaking of who his favorite Pokémon character is, Lubuguin said he does not have one, but the best ones that he can relate to are Tracey Sketchit and Todd Snap, who are Pokémon characters that excel in the field of sketching and photography, since these are also his hobbies.

Meanwhile, as he has been getting a lot of love and support with his Pokémon-themed stations, Lubuguin said he was inspired and motivated to create more setups in the following months.

Through his Instagram account, Lubuguin announced that his followers have something to look forward to — his upcoming workspace setup will be themed after other popular Pokémon characters including Pikachu, Eevee and Snorlax. JB