Just a few months after the release of the much awaited Snyder cut, the blockbuster director is continuing his mission to bring the cinematic experience straight to your home with his upcoming zombie heist movie, ‘Army of the Dead‘.

Slated for Netflix on May 21, ‘Army of the Dead‘ stars Dave Bautista, Ella Purnell, Omari Hardwick, Ana de la Reguera, and Theo Rossi as mercenaries in a post-apocalyptic world. When a zombie outbreak leaves Las Vegas in ruins and walled off from the rest of humanity, a ragtag team of survivors take the ultimate gamble — break into the quarantine zone to retrieve $200 million sitting in an impenetrable vault before the city is nuked by the government in 32 hours. 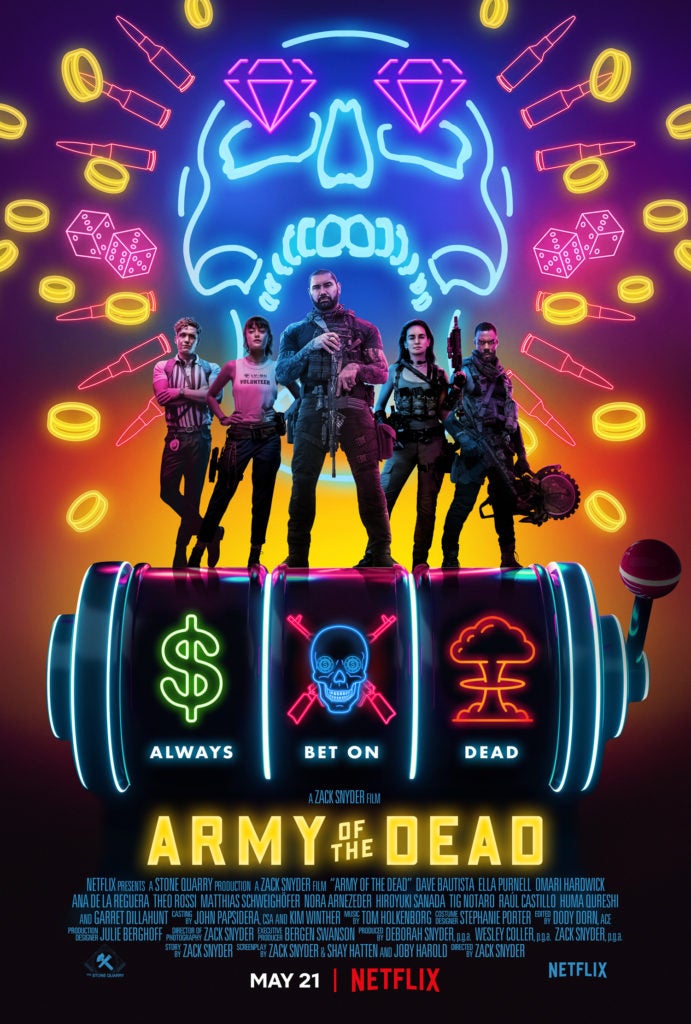 Evolving from his beginnings on ‘Dawn of the Dead’, Zack Snyder brings an original take to the exhaustive catalog of zombie movies while still paying homage to the genre that cemented his vision as a director.

“Getting the chance to strike this world from scratch,” is what sets ‘Army of the Dead‘ apart from his earlier work according to the director-producer-writer-cinematographer himself. It was evident that a production of this scale needed to be carefully crafted as Snyder took on multiple roles for the movie, however, that wasn’t exactly part of his plan.

‘Army of the Dead‘ was supposed to be his next project right after ‘Dawn of the Dead’ said Snyder in an exclusive interview. “I initially was just going to write it and have someone else direct it,” but he found trouble finding studios who wanted to pick it up — until twelve years later when Netflix gave his story the green light.

As for his decision to be hands-on as the cinematographer, he said that it ultimately came down to the technicalities. “I was going down a rabbit hole of certain lenses I wanted to use.” Snyder explained that because he wanted to take risks with the equipment, he didn’t want to bring someone else into the project with the possibility of them getting booted by the studio executives in case things went south. 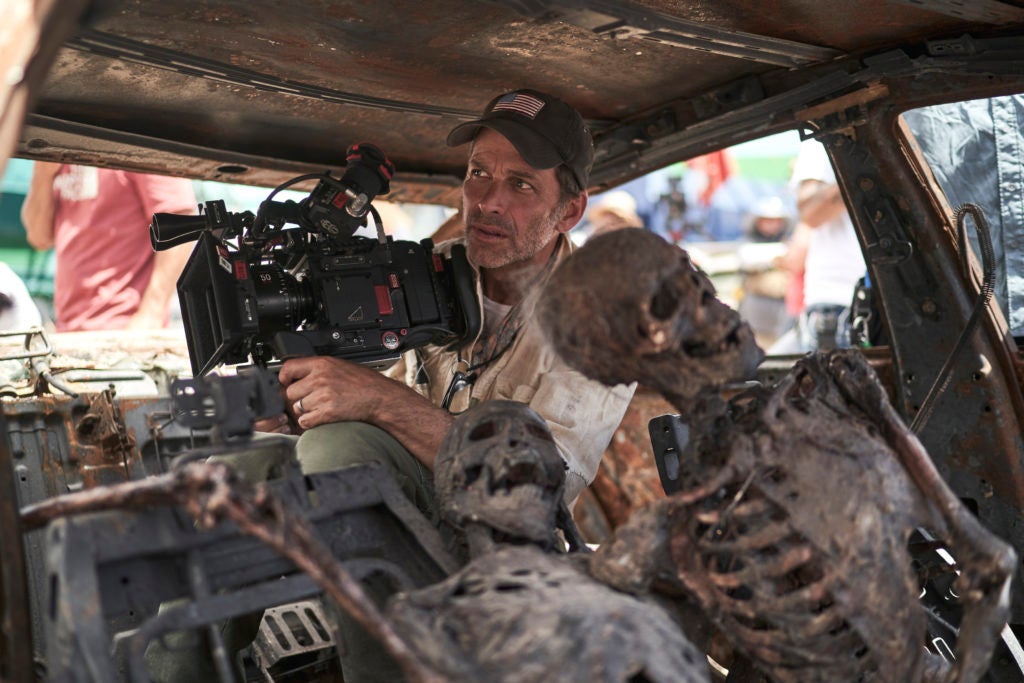 His hands-on approach definitely makes for a masterful blockbuster that is specially Zack Snyder. So of course with any Snyder movie, fans are itching to know if the director has left any Easter eggs in ‘Army of the Dead‘. Luckily for you, he gave a few hints to what viewers should keep an eye out for.

He notes that in one of the opening shots of the movie, you might want to pay attention to something in the sky. As the setting takes place long after the initial outbreak, context clues to the origin of the zombies are scattered all throughout. However, that may not be the most compelling Easter egg as Snyder teased he had a cameo in the movie.

“It’s in a mirror,” he shared but added that it’s not really a specific clue since Las Vegas is full of mirrors. 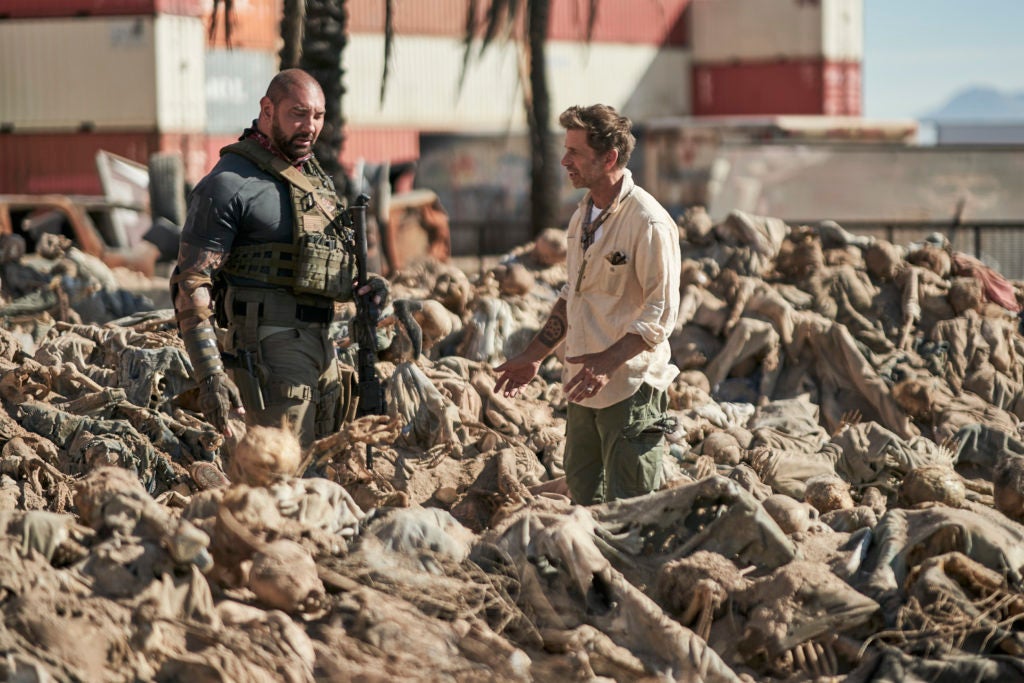 Regardless if you wish to go through multiple replays just to spot Snyder’s Easter eggs, ‘Army of the Dead‘ is sure to be a worthwhile watch. “The movie is sort of custom made for viewers of all kinds,” said the director.

It definitely has everything you’re looking for if you just want to enjoy a good action movie — high stakes, an intricate heist, explosions, and a bonus of advanced Alpha zombies.

However, if you feel compelled to take a deep dive and write a thesis on what the movie may represent, then by all means go for it. “Whether it’s holding up a mirror to ourselves or how we interact in casinos,” Snyder said that there are a lot of ways to look at ‘Army of the Dead‘, especially considering that his choice of location was purposeful.

He shared that he was drawn to Las Vegas in particular because it’s a place that revolves around lots of money. 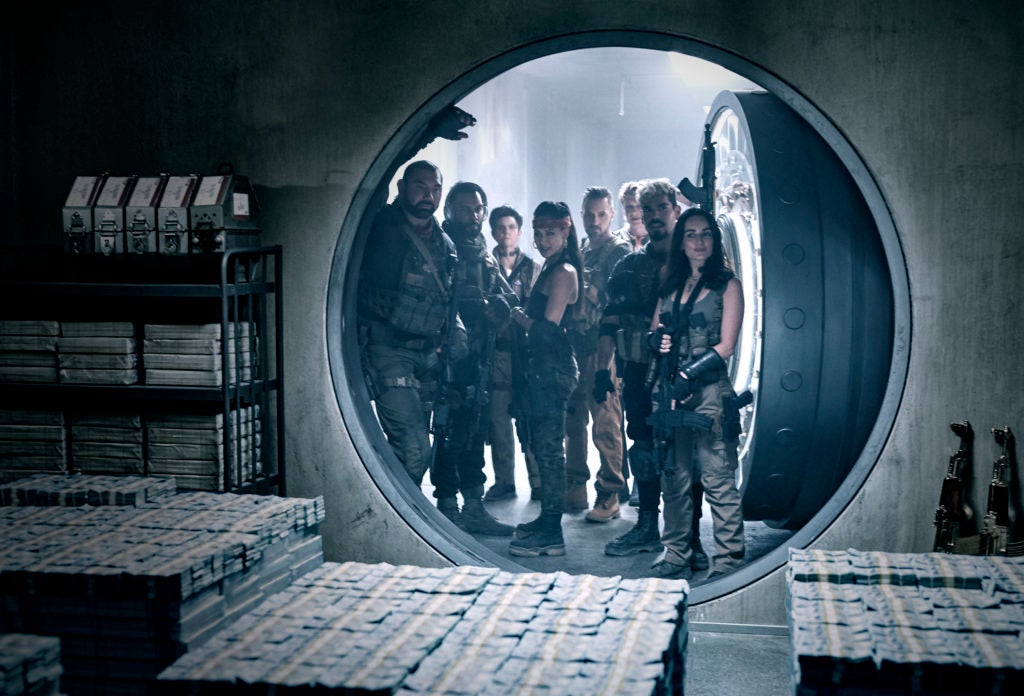 Beyond the action, ‘Army of the Dead‘ also explores an emotional journey between a father and a daughter. That relationship was always the core of the movie according to Snyder.

He revealed that it was inspired by his own experience with his own children, and expressed that it was almost like a catharsis — possibly alluding to his personal struggle coming to terms with the death of his daughter. “Your greatest heights and your greatest lows come from your children.” 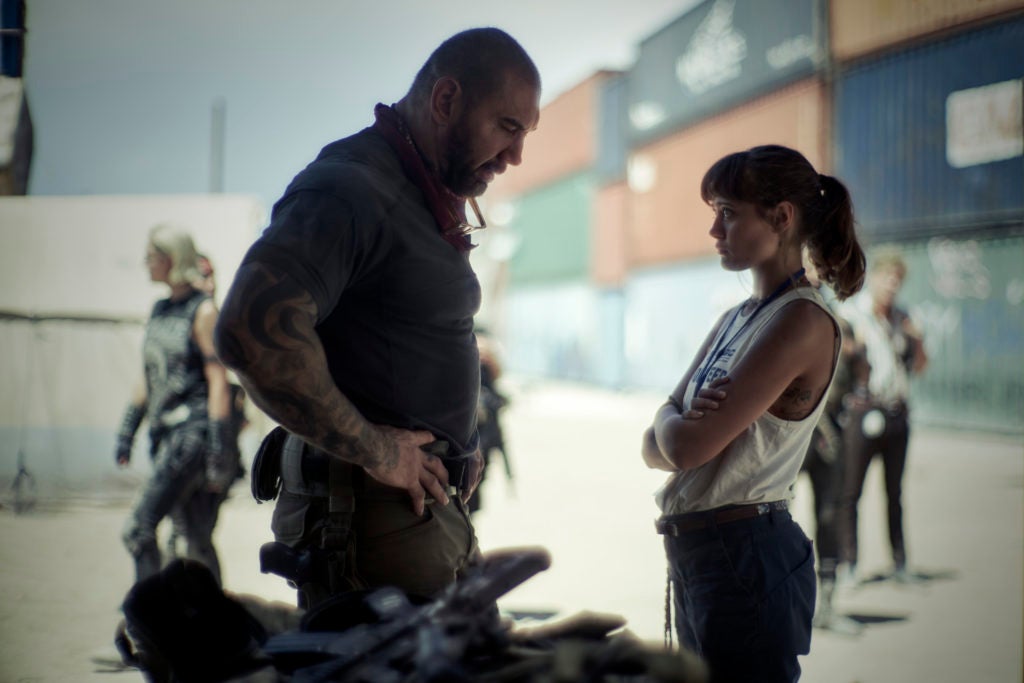 Combining the thrill of a big blockbuster movie with a heartfelt story that will make you care about the characters, ‘Army of the Dead‘ is bound to bring you the cinematic experience audiences have been longing for — transcending from the silver screen right to your home.

“I felt like when I decided to make Army, I knew it was gonna be, you know, straight to the service,” said Snyder. He emphasized that his approach was to really make a giant production regardless of the platform and deliver that experience to your TV.

Snyder also shared to the press that an animated prequel was already in the works so viewers can already anticipate for the world to further expand.

Stream ‘Army of the Dead‘ on Netflix on May 21.

Army of the Dead
Behind the scenes
blockbuster
Netflix
Zack Snyder
zombie movie
INQPOP! Stories we think you might also like: