Last April 26, film enthusiasts all around the world tuned in to the 93rd Academy Awards. This Oscar season presented powerful nominees, also displaying much awaited celebrations of diversity.

All Oscar winners are very much deserving of their titles, the recognition being a product of their hard work and creativity. Although, this isn’t to say that the other nominees are not worth the same level of recognition either. This serves as no slight to any of the Academy Award winners, but these nominees may be just as deserving of a deeper sense of recognition.

[Haven’t seen the nominated films yet? Don’t worry, this is a spoiler-free zone] 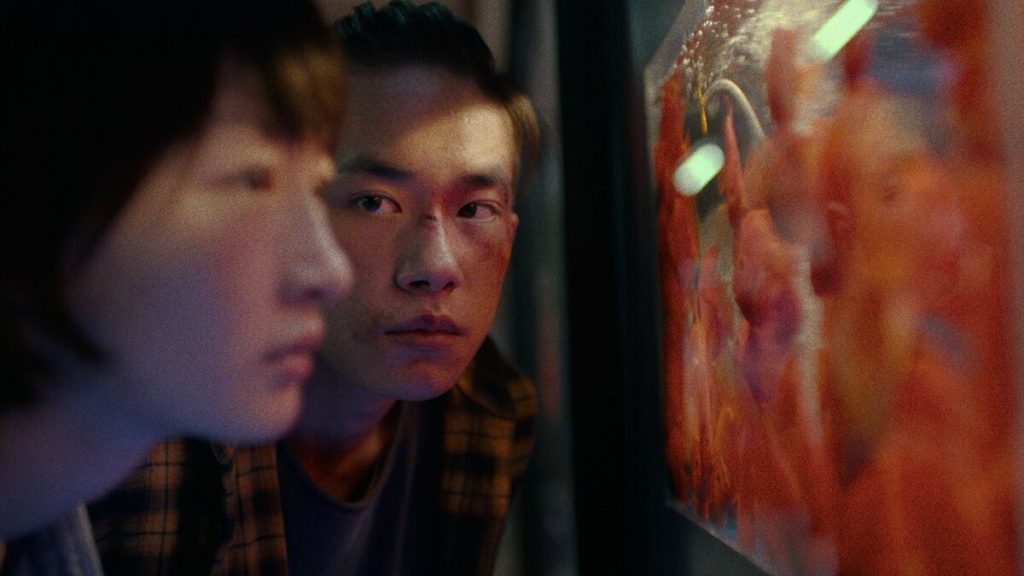 Best International Feature Film winner, Another Round, was a wholly enjoyable experience tinged with underlying (and later, in your face) darker undertones. Nominated for the same award, Better Days, provided an electrifying experience; the entire film an amalgamation of dark grit, vivid scenes, and a sneaking sense of hope.

Based on the novel “In His Youth, In Her Beauty” (also known as “The Youthful You Who Was So Beautiful”) by Jiu Yue Xi, Better Days portrays the experience of a high school girl, Chen Nian (played by Zhou Dongyu) as she is targeted as the newest victim of a group of bullies, in the midst of college entrance exam preparations. Chen Nian employs a young ruffian, Xiao Bei (played by Jackson Yee), to protect her from her assailants. The film chronicles the development of both the torture methods inflicted on Chen Nian by her bullies and the relationship between her and her guardian.

Strong foundations were laid by writers Wing-Sum Lam, Yuan Li, Yimeng Xu, and co-writer Nan Chen, masterfully adapting the novel for the screen. Director Kwok Cheung Tsang matched the energy of the script perfectly with every scene he presented to audiences. Assisted by Tsang, the performances given by leads Zhou Dongyu and Jackson Yee were raw and chilling. Better Days is a testimony to the power of human connection. It will have you rooting for the main characters, the people trying to split them apart and for justice to be served (whatever this may mean). 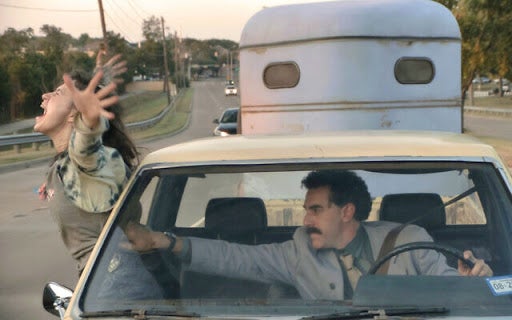 Best Supporting Actress winner Youn Yuh-jung deserves nothing but great respect and admiration for her performance as Soon-ja in Minari. Claiming her award, she became the first Korean woman to win this category. She was certainly surrounded by strong company among her fellow nominees, with Bulgarian actress Maria Bakalova being one of them.

Staring beside Sacha Baron Cohen, as Borat, in Borat Subsequent Moviefilm: Delivery of Prodigious Bribe to American Regime for Make Benefit Once Glorious Nation of Kazakhstan (yes, that is the full title), Maria Bakalova plays Tutar Sagdiyev, his daughter. Maria Bakalova is thus transformed as she lives and breaths as Tutar.

Like the original Borat film, the sequel sports the classic mockumentary aesthetic. Accompanied by Tutar, Borat interacts with real people who are not aware of/ affiliated with the film in any way. On the surface, Borat the Subsequent Moviefilm (let’s just leave it at that) is a sometimes hilarious sometimes awkward comedy, but it is also always a palimpsest enfolding casual racism and the political and social landscape of America pre-(and during the early stages of) the pandemic.

Bakalova’s performance complimented Cohen’s to a T. With each scene needing to be a “one take wonder” due to the necessary authentic nature of the film, the two were required to stay in character no matter what might come at them. Bakalova shines as she responds to every person and situation that she encounters as Tutar. For the briefest moment we forget that the two are not at all related as they exchange dialogue using a hodgepodge of languages which the actors don’t even (mutually) fully understand themselves.

The amount of preparation, conviction and characterization demanded from Bakalova was completely evident through her performance. Her serious dedication to the character shone through, never breaking no matter what the circumstance was… not even during that scene. 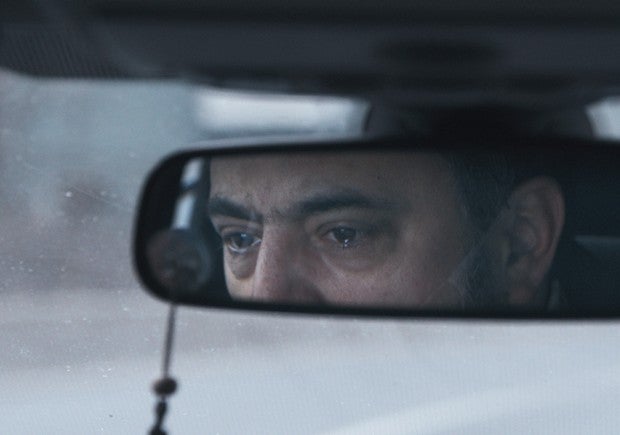 My Octopus Teacher was a wholesome study on the nature of humans as being one with the Earth and not merely a visitor. Among the nominated giants in the Best Documentary Feature category, was Collective (also nominated for Best International Feature Film).

Romanian newspaper, Gazeta Sporturilor, exhibits unrelenting passion and initiative as they pursue a comprehensive investigation regarding the aftermath of a tragic fire that occurred in a club (Colectiv) full of civilians. Collective exposes the cracks in the Romanian health care system and the chain of deceit propagated by the government in order to keep these things under wraps.

This hard hitting documentary feature follows Catalin Tolontan and his posse from Gazeta Sporturilor as they ask the direct and hard questions, challenging the government to a bout of transparency. On the other side of the fence, Vlad Voiculescu is made the captain of a sinking ship as he is thrust into office as the new Minister of Health. Both Tolontan’s team and Voiculescu himself are continuously faced with resistance as they strive to execute concrete change.

Meshed together with stories and footage from the survivors and loved ones of the victims of the Colectiv fire, this documentary is a heart wrenching watch. Collective is a testament to the power of the media and its indispensable role in holding its government accountable. 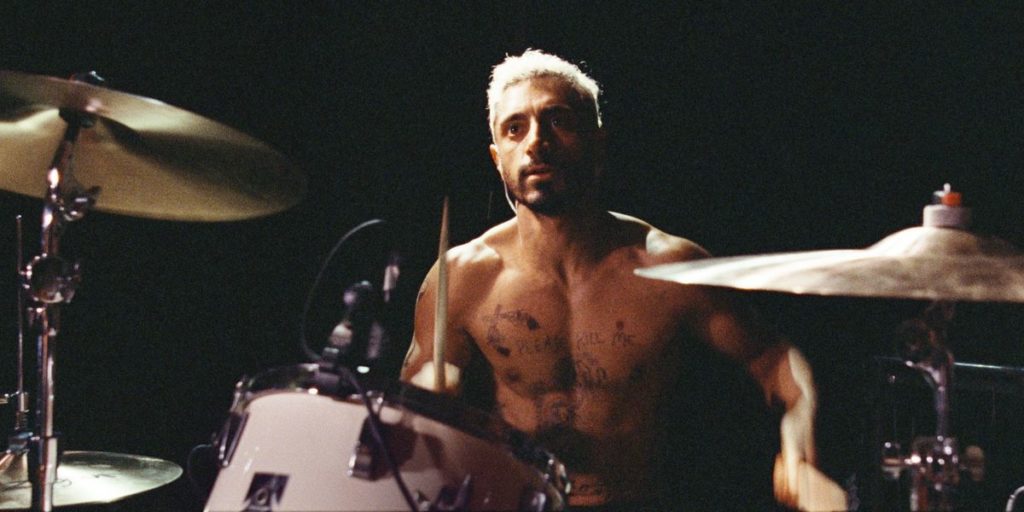 Veteran actor Anthony Hopkins definitely earned his title of Best Actor this year. Nominated last year for Best Supporting Actor due to his role in The Two Popes, Hopkins’ performance in The Father is definitely one for the books. Another actor who might be able to make a return to the Oscars and go home holding that coveted golden statue may be Riz Ahmed.

In Sound of Metal, Riz Ahmed plays Ruben Stone, a heavy-metal drummer who is forced to completely reassess his life as he begins to lose his hearing. Ahmed’s performance was wholly emotional and poignant. All the fear, frustration, and anger felt by Ruben Stone were translated directly to our hearts and minds through the work of Ahmed.

Portraying a “new type of addict” Riz Ahmed was definitely the master of his craft, having complete control over even the most minor of subtleties, causing Ruben to pop out of the screen and make viewers feel like they were peeping into someone’s actual life rather than watching a feature film. Riz Ahmed is definitely someone to be on the look out for, one day even possibly coming back to the Academy Awards without leaving empty handed.

Again, the winners of this year’s Academy Awards deserve nothing but the deepest admiration and congratulations. Seven years away from its centennial anniversary, the Academy Awards has made great strides in terms of the diversity of its nomination pool and most especially its winners. It’s been a long time coming but we are finally able to see concrete change within film award shows, in general.

This year’s Oscars provide greater hope and possibilities for all future and present filmmakers, proving that as long as you have a story that you believe in, and are willing to work hard in order to tell it, then you will receive the recognition that you deserve — no matter where you come from.