HBO’s ‘Euphoria’ has become a cult favorite with its provocative cinematic treatment and audiences are excited to see what’s next. While we wait on Season 2, fans can look forward to learning more about the Emmy-winning show with a set of hardbound screenplays.

A24 recently teased on their Instagram that official ‘Euphoria’ merchandise would be making its way to their shop soon. According to their website, the books will contain episode scripts and feature stories from the team behind the show. 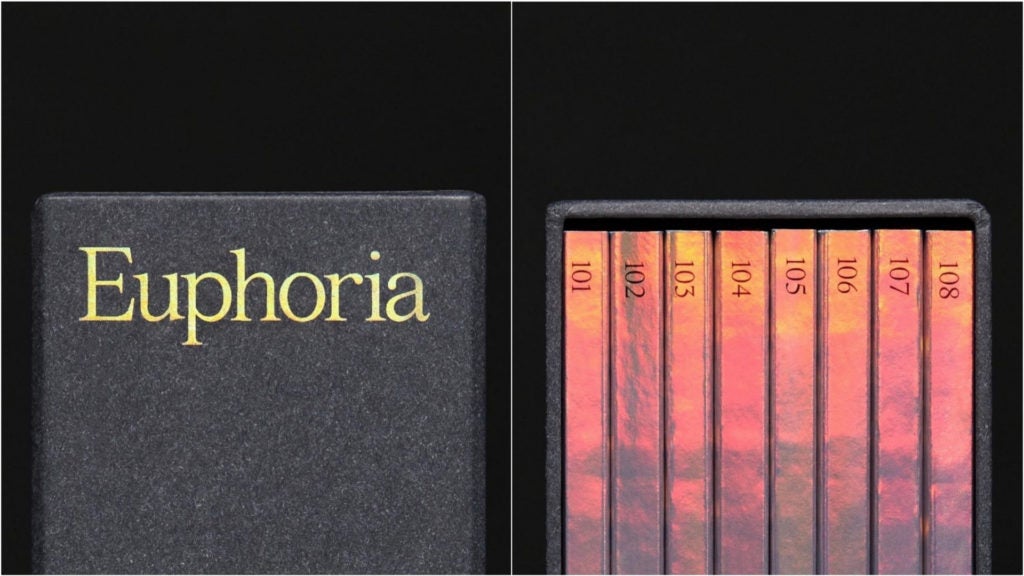 As the distribution company behind some indie favorites, A24 previously came out with screenplay books for films like ‘Hereditary’ and ‘Midsommar’.

The ‘Euphoria’ screenplay books are labeled 101 through 108 — which is probably a reference to the eight episodes in Season 1.

Although this may not be the series drop you wanted, it sure makes waiting around for Season 2 a lot more bearable. It’ll definitely be interesting to revisit the stories of the ‘Euphoria’ characters through these screenplays.

The holographic rainbow cover also makes for an artsy display as a collectible item.