An American flight nurse was shocked and touched to receive a surprise gift box and personal note from music star Taylor Swift, thanking her for her work in the fight against the COVID-19 pandemic.

Britta Thomason, who heads the Air Evac Lifeteam base in Dublin, Georgia, last month gave an interview to a local newspaper about her job, in which she said she liked to listen to Swift’s music when relaxing.

A few weeks later, Thomason, a member of the Nurse Navigation Line for Global Medical Response crews sent to New York and New Jersey last year, received an answerphone message from the singer’s representatives about a package being delivered to her. A day later a big box arrived.

“When I opened it, I was so nervous. I was shaking just because it was so surreal,” Thomason told Reuters.

“I thought… there’s no way that this is what it is. When I opened it, the letter was actually sitting on top… I opened it up and I didn’t actually read the whole thing immediately. I just looked down… and saw her signature and I was in just complete shock.”

Inside was merchandise including T-shirts, candles, a blanket, notebook and champagne glass. Thomason said she was particularly moved by a handwritten note in which Swift thanked her “for serving on the frontlines of this pandemic and for being brave enough to put yourself in danger to help others.”

“My favorite part about the letter is at the very end she said, ‘I’ll be thinking about you and forever grateful, love Taylor,'” said Thomason.

“Just that she would say something like that, that she’ll be thinking about me and that she’s grateful for something that I do. It’s really touching.”

Thomason said her favorite item was the blanket adorned with a picture of Swift.

“I haven’t stopped wearing it all,” Thomason said, dressed in one of Swift’s T-shirts.

Asked what she would tell Swift if she met her, Thomason said: “I would say thank you for thinking of me and… all the healthcare workers out there, that essentially she’s saying thank you to.” JB 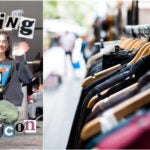 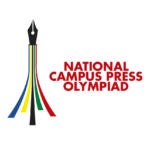