The studio behind the heart-tugging classic ‘Up’ is revisiting Paradise Falls, but with a twist in an online series called ‘Pixar Remix’.

While Pixar is known for making fans cry by the end of their movies, their 2009 adventure brought audiences to tears in literally the first 5 minutes. The touching story of an old widower embarking on a journey to fulfill his wife’s dream captivated the hearts of many. But in this new reimagined version, Pixar sums it up in less than 2 minutes with action-packed sequences.

The Up Remix is inspired by the quick and dramatic style of anime intros. The montage of Carl and Ellie’s relationship is only a few seconds long, and the music is far different from the original emotional melody. This version is heavy on the drums and electric guitar, clearly referencing to Japanese rock. We get quick glimpses of the some iconic scenes in the movie like the house flying away, meeting Doug and Kevin, and Russell’s patch ceremony. They even make a nod to ‘Dragon Ball’ when Carl battles Charles Muntz and they both light ablaze.

This marks as the animation studio’s second installment of Pixar Remix. They released a 16-bit version of Wall-E back in April last year. The 2-minute clip pictures the robot love story as an old school video game, complete with a synthesized soundtrack. This pixelated Wall-E Remix makes us wish it was actually real for us to play. With over 1 million views on YouTube, surely we can’t be the only ones who feel that way.

Though there is no definite schedule for when these remixes are released, Pixar fans are excited to see what’s next on their list. With such an expansive filmography and an array of animation styles to choose from, it’ll be interesting to see what else they can experiment with. I doubt any of us could’ve guessed that ‘Up’ would make a good anime. 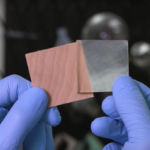 Transparent wood could replace glass as a sustainable alternative 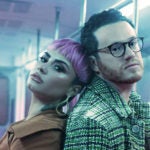