When it comes to short animated films, one of the first things that come to mind is Pixar. As many moviegoers already know, the animation studio is famous for adding 20-minute (or less) “shorts” before the actual movie. However, what many of us aren’t necessarily familiar with those short flicks previewed in other international festivals and competitions.

Considering this, InqPOP! has decided to feature three films that are not only cleverly-animated but also hold deep sentiments and underlying messages in the plot. You’ll definitely feel all the #feels when you watch any of these minute-long movies!

Written and directed by Fabrice Joubert, French Roast centers on a businessman struggling to find a way to pay for his order, after realizing he’s forgotten his wallet. And instead of asking for help from other fellow customers, the protagonist continues to order more cups of coffee from the waiter–an effort he hopes would conceal the fact that he has no money on-hand. He even considers stealing money from a “nun”. But when his plans fail, the only person that comes to his rescue and pays his bill is the homeless man whom he continuously ignored since the beginning of the film.  Through this act of kindness, the businessman learns the hard lesson that we shouldn’t be too quick to judge those around us.

Although it’s comically-made, this 8-minute movie not only features the power of kindness in today’s dog-eat-dog world but it also reminds viewers to treat those around them with dignity and respect, regardless of their social class, race, or religious beliefs.

Let’s face it–many of us dream of living the “rich life”. Given this, we struggle at work day after day just to reach our goal of elevating our livelihoods. However, in our effort to achieve our aspirations, we neglect to see some of the more important aspects of our lives, such as our friends and families. This is a sentiment that is explored in the 2013 short film Mia.

Directed by Wouter Bongaerts, this 9-minute movie focuses on a child named Mia, who loses her mother at a busy train station. Left to fend for herself inside a big city, Mia soon realizes the true value of love and friendship in this ever-changing world. And once she’s reunited with her mother, Mia relays this message to her mother with a simple act of love.

This short film will remind viewers to “pause” for a while and remember the things that truly matter to them in this world. It’s a must-watch for busybodies who are often too consumed with work and other activities to notice these aspects.

Unlike the first two film recommendations, Carlo is a lighter-hearted flick that focuses on Carlo, an average-looking office worker who’s hopelessly in love with his colleague Anita. Despite his various attempts at trying to talk to Anita, Carlo fails to muster the courage to go and speak to her. But unknown to Anita and their other co-workers, Carlo is the creator of a secret universe that is being kept inside his closet.  What happens next between the two will cause a series of unexpected events to occur in the world that’s being run by Carlo.

While the plot seems a bit far-fetched, a lot of viewers can learn this message from Carlo–you won’t get what you want unless you have the courage to go after it. In Carlo’s case, it was only until he had the confidence to approach and help Anita was he able to have the opportunity to be with her. 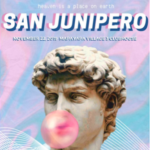 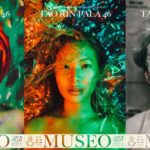