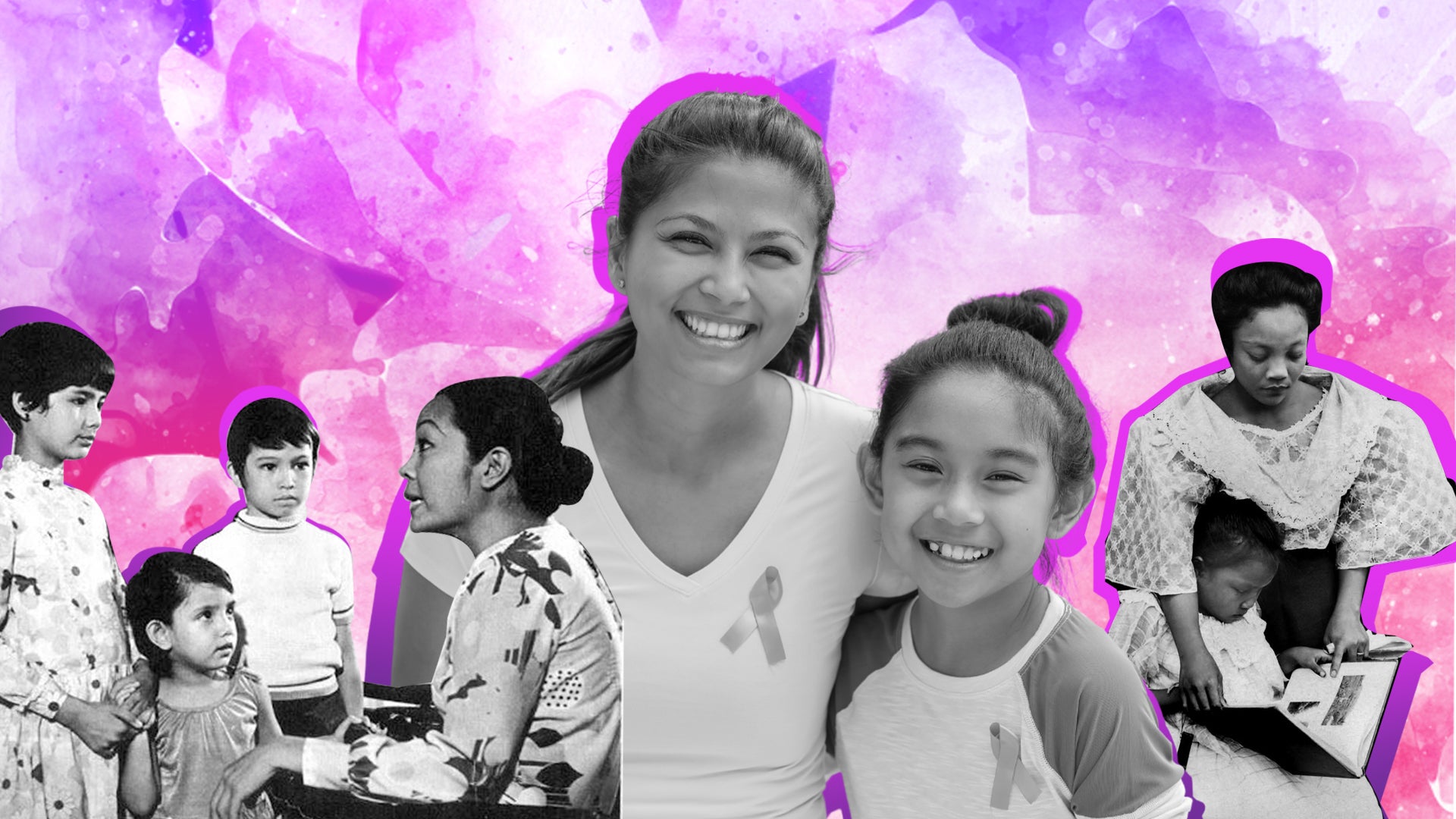 Much has been said about the Filipina everywhere, especially that the Philippines—touted to be a male-dominated post-colonial society—is also a nation of strong women tracing back to heroines of history, to modern-day women who run businesses, excel in sports, government and politics, journalism, entertainment, medical, education, and other industries, while balancing her role as the perfect homemaker.

However, the role of women in the Philippines is defined based on the Filipino culture, standards, mindsets, and more importantly, history…. or, her-story. 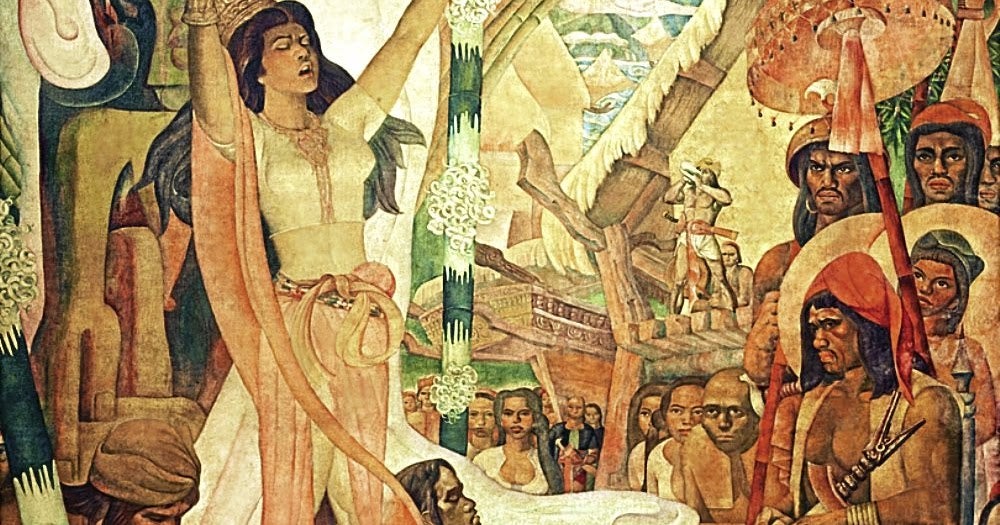 The first evolution of the Filipina can be traced back to her egalitarian status in pre-colonial Philippines according to some folklore, mythology, and superstitions, whose translation vary from region to region. Take for instance, the Malakas and Maganda folklore. While some tend to look into the deeper meaning of the names, Maganda referring to a beautiful, sweet frail humans vis-à-vis the term Malakas which connotes someone strong, powerful, and dependable. The imagery undeniably gives us a glimpse of pre-colonial equality: a huge bird that splits a bamboo stalk to reveal Malakas (the male identity) and Maganda (the female identity) emerging from its halves. This legend demonstrates the absence of gender precedence from the precolonial mind, evident in how male and female emerged simultaneously and with parallel vibrancy from the same half.

Still during the pre-colonial era, datus were recognized as the leader, ruler, and monarchs of the community. There were also the babaylans (a Visayan term originating from Babai or woman, combined with a Malay term Belian or Balian which means spirit medium) who equaled the power and influence of the datus. Babaylans are regarded as “offerers to the gods” (a task which is limited to women), and are also considered doctors, herbalists, and keeper of rituals, who are tasked to create panaceas and ointments for not only the sick but also for rituals performed for a datu so he could conquer the enemy.

Babaylans were regarded as equal to the datus and both men and women could become babaylans or priests and priestesses and performed rituals and offered sacrifices to appease Bathala and gain favor or secure healing. Noticeable that in the pre-colonial era, husbands treated their wives as companions and partners, not slaves; women were respected and had a deeply rooted place in the community. They had rights, they can have property, they conducted business, and had a public life—making it apparent that the equality between men and women in the pre-colonial Philippines really existed.

During that era, people had high regard for a woman’s good judgement and wisdom thus, apart from the priestesses, there were notable women who stood out in history. Did you know that the first lawgiver was a woman? The legendary Lubluban, regarded as the great granddaughter of the first man and woman, was the Philippines first Visayan lawgiver who hails from the islands of Panay. Lubluban helped the datus write and promulgate laws and efficiently tackled all concerns regarding ritual practices, properties, and inheritance.

Other notable women included Aran (or Anan), wife of Angalo (or Afigalo), and considered the Ilocano Eve. Angalo and Aran, according to Ilocano myths, were the first beings on earth, and whose saga follow the popularity of Ilocano heroes like Lam-ang and Kannoyan. Also coming from the North, is the story of another woman, this time from the Igorot culture. She is Bangan, daughter of Laongan and Dona. Bangan, and who was considered a genius by the people in the Cordillera—having an outstanding balance of beauty and brains. At five, she could chant beautifully, fetch water with, and even pound rice with strength, not even people way older than her could do. Then there’s Sambuyua, the virgin demigoddess of the Tirurayes, well respected beings by Ilocanos.

Women were highly regarded during this time and apparently, there was no gender disparity in the pre-colonial era. The existence and power of the babaylans is one proof that women played such a pivotal role as men did. But to accurately put it, women were not superior to men, but they definitely enjoyed great social stature. The pre-Christian Filipina pursued goals, expanded her frontiers, and generally serving the innate impulse for self-actualization throbbing in every human breast. In that era, self-improvement, work, and discovery were not considered as solely male pursuits but the endeavor of humankind, including women. Until the Spaniards colonized the country.

Women in the Spanish and American era 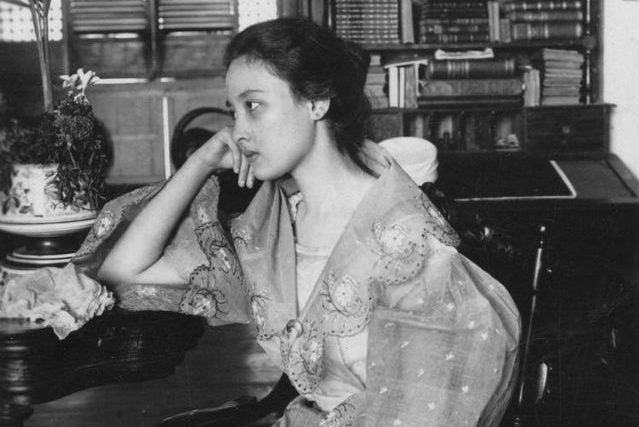 The Spanish colonizers considered the gender situation disturbing. Even when they were cognizant of the excellence of these indigenous woman, they immediately re-worked her into the Spanish ideal—one with retiring femininity which is obvious in every Castilian character. Soon enough, Filipinas took a step back—as they were stripped of their independence—and were often heard saying something like “hindi ko kaya yan, trabahong panlalaki lang yan” (I can’t do it; it’s a man’s job), realizing they cannot, in any way, be equal to men.

The Filipina, also subjected to arduous moral reconstruction, was immediately enrolled in domestic arts and social graces that tempered her harsh edges. Mothers were relegated as homemakers, and they were unable to go out, run a business, or lead the community. Their role was limited to homemaking and childbearing. Even Dona Pia Alba, the wealthy character in Noli Mi Tangere and mother of Maria Clara, was unable to purchase what she wants on her own. She has to ask his husband Capitan Tiago to buy parcels of land for their family.

A woman’s performance in the home was appreciated but her opinions had no place in society.  To exacerbate the already unforgiving situation of women, the colonizers were so successful at establishing the Maria Clara charisma, as the ultimate female paragon, making Filipinas then transforming their regard for the independent, self-confident, daring precolonial days values to being the gracious, meek, timid, accomplished gentlewoman of Spain, while unbeknownst to them was an active yet silent advocacy for developing a patriarchal society.

It was only during the American regime when women slowly started getting opportunities for self-development, like getting college degrees, landing employment and top company positions, and even opening their own businesses, usually in food, jewelry, textiles, medical and even trade and commerce industries. Soon, women became evolving presence that slowly moved the economy. Education played a crucial role in helping women succeed because with the rise of female mastery and literacy more and more women were armed with the right knowledge and skill, enabling them to break away from stereotyped gender roles. Filipinas soon entrenched themselves into more demanding roles such as health, law and justice, government and politics, and education. These opportunities gave way for the empowered Filipina that we are today.

Motherhood and the modern Filipina 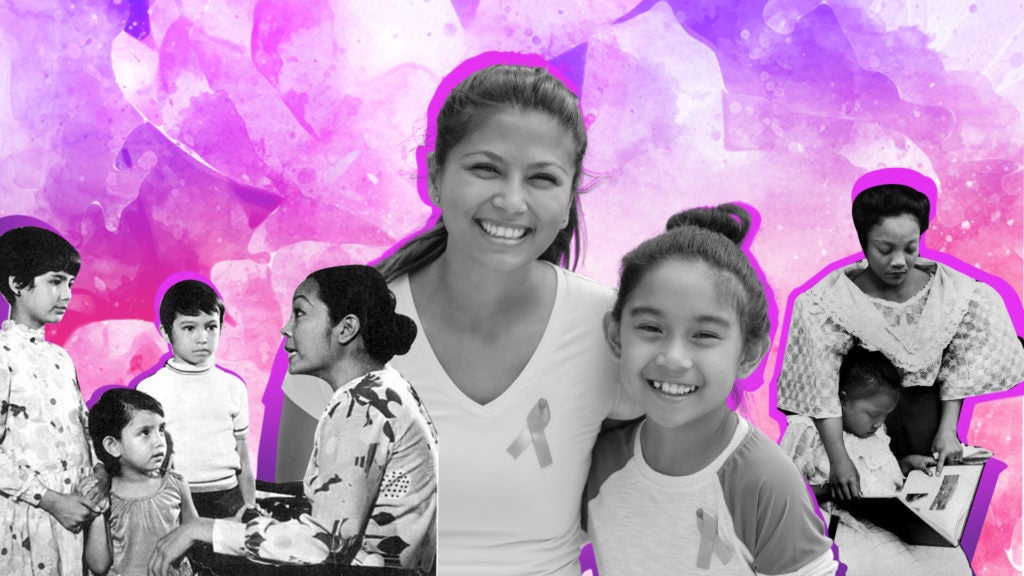 It was no less than our national hero, Jose Rizal who introduced the Maria Clara character in 1887, the righteous and meek heroine in Noli Me Tangere, who ultimately became the Filipina to emulate. However, after more than 100 years, Maria Clara no longer represents today’s modern Filipina. Now, femininity does not connote weakness but strength, and while Filipinas were demoted to being merely mothers and child bearers then, even motherhood has taken a whole new meaning for the modern-day Pinay.

Today, being a modern Pinay mom means they have that fervor and passion to put the needs of family first before doing your own, giving her heart and soul to fostering the home. But no, Filipino moms can be selfless and caring, which makes modern Pinay moms have that extra superheroine power to rise to challenges, face them head-on, and find ways to crush them with one hand, while holding the baby on the other.

That is the Filipina running her own business, being a frontliner, a public servant, an educator, who have seamlessly balanced work and family, while still injecting time for occasional self-love.  Especially during this pandemic crisis, Filipino nanays (mothers) have done a perfect and seamless job between preparing meals for the family, sitting down to do homeschool tasks for their children before working from home. Others, give the extra mile by sacrificing time away from their families, especially those mothers who are educators, public servants, and medical frontliners.  Undoubtedly, family is still priority and while the modern Pinay mom has a soul that is able to rise to the challenge, puts family first while leading companies, speaking her mind, and making her mark in various fields.

It is also noteworthy that all of the Philippines’ most iconic women who have the perfect combination of that spunk and sparkle are either mothers, or are raised by selfless nanays, and who are willing advocates of women’s signature strength of spirit, willing to take on anything, and gentle soul…just like all Pinay moms are.

A worldwide survey conducted by the British Council revealed that the number one most beautiful word in the English language is ‘mother’. That is absolutely apt for that superwoman who has given us not only life, but also reasons for our existence. Personally, the word ‘mother’ evokes something calming, cuddly, and warm. For me, it is more than just a word, actually. It is a safe haven, a blissful place, somewhere where my soul can put up its weary feet after a weary day and feel soothed.

Looking back at our journey, from being demi-goddesses and babaylans, to Maria Claras of yore, until who we have become today, modern Pinays and mothers who have been undoubtedly thankful for those lessons in ‘her-story’ which has taught us how the past has treated us, Filipinas have been enabled to proudly stand for ourselves and echo that iconic tagline: “We’ve come a long way, baby!”

As for mothers, they will always be our superheroines. And however, you call them—Mommy, Mama, Nanay,/Inang,  Inay—it’s a word that conjures kindness and unconditional love, coming from the depths of the heart; something that denotes bravery balanced with a kind heart. This only proves that the proverbial hand that rocks the cradle, is the same hand that holds up half the sky.

Meet Pau Kimberly, the awesome woman who empowers other women on TikTok 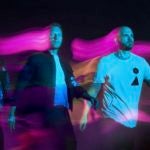 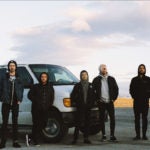