The artist collective DAKILA counts ten ways which the public can take part to combat disinformation and historical distortion through the events culminating in the 10th edition of the Active Vista International Human Rights Festival.

With the theme Visions X Movements, the festival opened last September 21 on the 50th anniversary of the commemoration of Martial Law in the Philippines through the premiere screening of the documentary film, 11,103 which chronicles the accounts and stories of the survivors of the state-sponsored violence of the Marcos Sr. regime. In the festival opening, 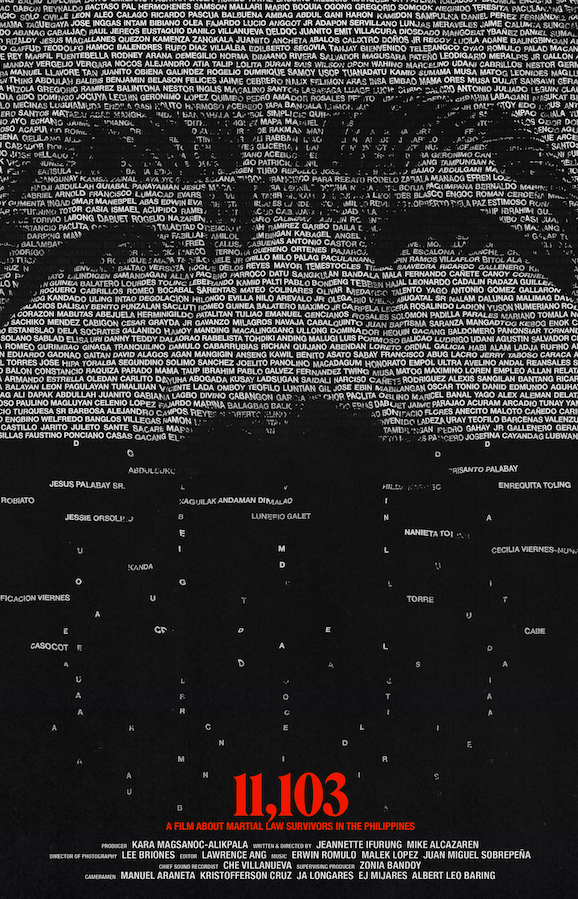 DAKILA artist Jun “Bayaw” Sabayton said, “One of the most challenging issues we face today is of a family’s longest-running spectacle of lies that has long plagued the people’s perception of truth and what a golden age should look like. Today’s screening is proof that the power of the arts in surfacing truth cannot be rivaled. In Active Vista, we believe that no form of art is completely neutral. In one way or another, works of art like films, represent truth, or the lack thereof. The 10th edition of Active Vista International Human Rights Festival is a testament to this: the arts as a catalyst in shaping the nation we have all been aspiring for,”.

The fight for truth has begun. Here are the ways DAKILA can help you get ready for the battle for truth and historical integrity, and usher you in the movement for resistance.

When Charles M. Schulz, arguably the father of the art of comics and creator of Peanuts with iconic characters such as Snoopy and Charlie Brown wrote in one of his strips, ‘No one is going to give you the education you need to overthrow them’, he was not kidding. For years, comics have been a vital part of exposing society’s ills in more ways than one. Often in a comedic manner to mask the reality with giggles and laughter, comics as a form of expression were never afraid to comment on humanity’s predicaments. In Politikal ang Komiks, you may learn a thing or two about what to say and how to say them in an engaging way, blasting the context of the current political climate in the country. With comic artists Cartoonist Zach, Tarantadong Kalbo, Rob Cham Isang Tasang Kape, and many others, a free-flowing kwentuhan about the politics of comics will help you illustrate your own truth against historical distortion.

Performance is an act of reclaiming spaces. And to reclaim a space which is rightfully ours, is an act of resistance in itself. Often using the body as the medium, the artist reveals what he or she stands up for, more so what the audiences support or deny. Happening just after the Politikal ang Komiks Artists Talk at the same venue from 6PM-8PM, you may participate in

performances by artists Roxlee, Camille Cabatingan, and Mrs. Tan that will allow you to reflect on—and eventually act upon in response to society’s shortcomings, should you be transformed by them. This event is also open to the public. You only need to let your mind be open to the many possibilities of what art can be.

The atrocities of the Martial Law era was undeniably one of the worst that’s ever happened to a nation. And since stories of survival and of actual events are faced with constant erasure, we cannot help to respond to the erasure in a form of utilizing every platform there is to retell the horrifying stories. The Digital Museum of Martial Law in the Philippines was founded by DAKILA to serve as a living memorial to the pivotal period in the country’s history. This year as we commemorate the 50th anniversary of Martial Law, Martial Law PH exhibits A Bloody Trail: An Interactive Map of Human Rights Violations Under Marcos Sr.’s Regime. You may visit the online exhibition at https://martiallaw.ph

The then First Lady Imelda Marcos was no stranger to extravagance and insulting opulence. While Filipino people were dying of poverty brought upon by their corruption and in which they tried to sweep under the rug of corpses, Imelda was unstoppable in becoming the beauty that, ‘Filipinos want, a star to look at from their slums.’ In this day and age, we will not let this happen again. One of the innovative ways to counter this is through the Weaving Back the Threads of our Histories, a collaborative effort to symbolically reclaim our stories, particularly the Terno that has been tarnished by Imelda Marcos’ vulgar opulence. Participants are asked to write a name of one of the 11,103 survivors in a canvas cloth which will be weaved with other names written by participants from across the country to create a tapestry of a Terno made in collaboration with fashion designers to be exhibited publicly. Join the creative workshop and email [email protected]

“The price of democracy is eternal vigilance,”. The words still ring true today. The screenings of 11,103, a documentary film directed by Mike Alcazaren and Jeannette Ifurung and produced by Kara Magsanoc-Alikpala continue this week at the UP Film Center in Quezon City, at the Fernan Press Center in Cebu, and in schools and communities nationwide to surface narratives of our Martial Law Heroes. To organize screenings, you may request at bit.ly/11103ScreeningRequest

Writer and Holocaust survivor Elie Weisel once said, “To forget the dead would be akin to killing them a second time.” And no truer words have been spoken. Famous for its Inang Bayan statue, Martial Law Museum and the Wall of Remembrance, the Bantayog ng mga Bayani plays a vital role in protecting historical truths and memorializing the heroes of Martial Law. Bantayog ng mga Bayani was established right after the ouster of the late dictator Ferdinand Marcos Sr in 1986. 36 years later, we still fight tooth and nail against our historical trauma as a nation. Balik-Alindog Bantayog is a volunteer-led clean-up drive program for the Bantayog ng mga

Bayani Memorial and calls for volunteers and donors to help refurbish Bantayog ng mga Bayani and whip it back into shape. Donate or volunteer at [email protected]

Before Sex and the City, there was MORAL. Immerse yourself in this coming-of-age drama that follows the lives of four women: friends Maritess, Joey, Sylvia and Kathy, who are initially four students at the University of the Philippines, and who go on to lead their own different, but interwoven, lives. This classic film written by National Artist for Film and Broadcast Arts Ricky Lee will leave you wondering or identifying your own feminism. Watch for free this October 1 at https://moov.cinemacentenario.com/AV2022 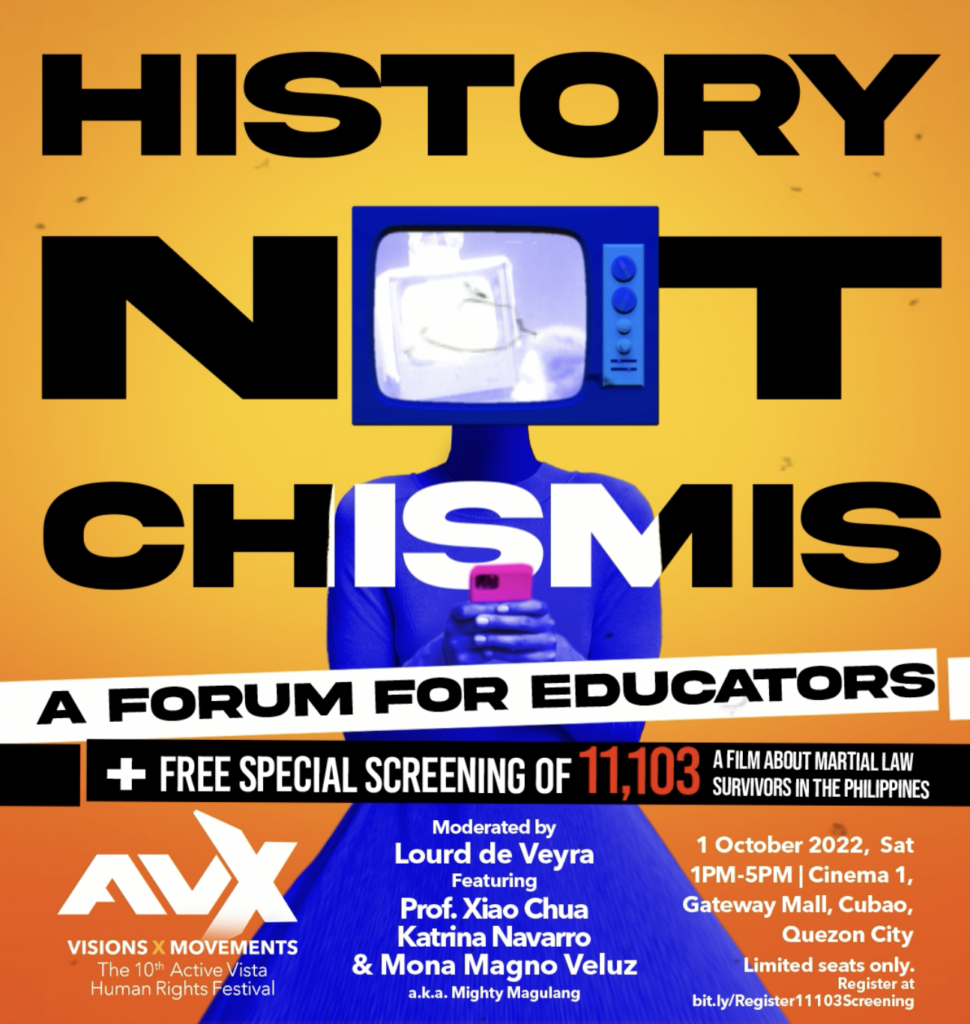 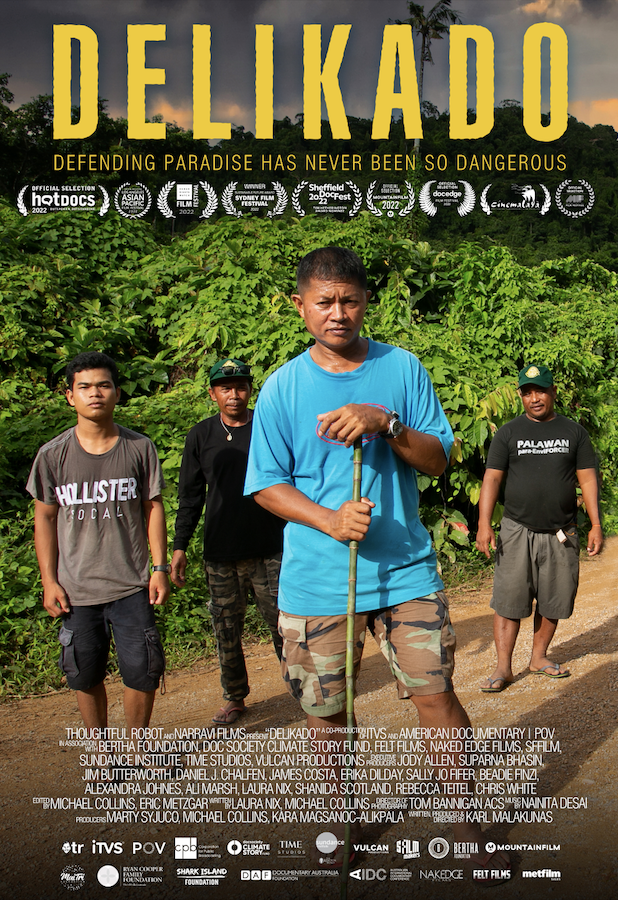 In 2020, London-based environmental watchdog Global Witness reported the Philippines as the second deadliest country in the world for people defending the environment with a total of 43 killings in 2019. Indeed, when we talk about the environment, we actually talk about human rights; the rights of people defending it, and the rights of people experiencing the deadliest typhoons in recent history. With our life, livelihood, and lifestyle that’s at stake we cannot help but push the boundaries of education to influence more people to take action. DELIKADO, a film by Karl Malakunas, a thrilling documentary film on environment defenders in Palawan is needed now more than ever. The film is set to hold traveling film screenings in communities and schools nationwide. Act to join the battle against corruption and exploitation that harm the environment. Visit delikadofilm.com

Indulge in a plethora of human rights-themed films curated by Active Vista to bring to the frontlines and into our home fronts the most pressing social issues that affect our rights, freedoms, and dignity. Active Vista presents a catalog of socially relevant films like Aswang, The Kingmaker, Isang Harding Papel, and short films that you can choose from. Organize screenings in your own schools and communities and complement with discussions to come up with strategic actions that will pave the way for meaningful change to happen. Reach out at [email protected]

You might think that the lies have been massive and that the damage has already been done, but the ways in which to counter these lies are actually just around the corner waiting for you to participate. Sure, Ella Cruz got it wrong about history, but how to keep countering that should still interest us. 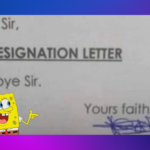 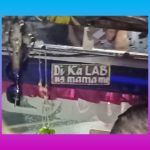