The following #POPCreators entry was submitted by Pia Maureen Ariate, an aspiring writer and self-proclaimed feminist-in-progress who struggles with imposter syndrome. Submissions under POP! Creator Community appears “as is,” without any editorial intervention.

As someone who calls herself a feminist, I didn’t realize how flawed, problematic, and whitewashed the feminism I once admired not until I gained more knowledge and began to see it through a different lens. Notice how white feminism has come to represent an entire movement, drowning out the experiences of women with diverse backgrounds. Sure, not all [white] people practice white feminism, but it paints a picture of gender inequality from the eyes of white and privileged women. Liberal feminism, also known as “popular” white feminism, is centered on white supremacy. White feminists like Emma Watson, Taylor Swift, Tina Fey, and Meryl Streep are just a small part of the issue, but they are the ones who must do the work. We need to start thinking about whom we look up to and whom we emulate, and tear it down so there is no space for justifying someone’s denial of their privilege and being privileged. It’s an intersection of condescension and social advantages afforded to them as a white woman/privilege/boss girl in society. The most critical aspect of being a feminist understands when to listen to people who have had very different experiences than yours. If we do not step forward together and inclusively, the whole effort will be pointless. Most people associate feminism with modern liberal feminism, especially in the mainstream media. Liberal feminism is extremely white-centric, dismisses intersectionality, dismisses women of color, dismisses other minorities, and has popularized oppressive branches of feminism like white/girl boss feminism. The media commodifies and commercializes liberal feminism by creating “girl boss” culture or “girl power” moments in movies and in pop culture that is essentially just hollow motions to satiate women’s appetite for female dominance and do little to further women’s liberation.

Additionally, Liberal feminism aims to achieve gender equality through political and legal change within the context of liberal democracy, but women’s liberation will never occur under this scheme. Assimilation into overarching power structures such as patriarchy or capitalism is prioritized by liberal feminism. Most liberal feminists agree that female CEOs/bosses/leaders are fine, but becoming one is problematic in and of itself because they exploit their workers, especially the labor minority workers. Making women the new men in corporations can never help solve structural inequality, misogyny, the deterioration of labor rights, or the concentration of capital, and the broad abuses of authority that plague most people’s everyday lives. People want to appear to have a better work ethic than anyone by claiming to wake up early than anyone else, whereas, people who are marginalized wake up early and work harder, but they are still struggling. Time is a social construct, and we all have more normal routines that fit us and our circumstances. Some people are just making a ludicrous request for acknowledgment and praise. The people who make and made the world function, as well as do any of the things that allow the world to prosper in some way, are disrespected and dishonored for their essential contributions. The sheer amount of effort and resistance encountered regularly is disproportionate and must not be permitted to proceed. Thus, Liberal feminism has become palatable to predominantly white and privileged audiences; it is “girl boss” feminism that does nothing for women and it results in no tangible improvement. In my opinion, the whole brand and movement behind the girl boss ideology blames the individual and ignores any of the real-world issues that will potentially affect someone’s willingness to do things and their access to rights that were formerly available to these so-called “leaders.”

Mainstream liberal feminism is suppressing women’s freedom from patriarchy because it supports the notion that women should survive under patriarchy whereas true feminism is about completely undermining the system. Real feminism is intersectional and each intersection depends on a multitude of different factors. Kimberle Crenshaw, a black feminist, coined the term “intersectional feminism” in 1989. According to her, intersectional feminism is a prism for understanding how different modes of inequality often work together and intensify each other. “All inequality is not created equal…we tend to talk about race inequality as separate from inequality based on gender, class, sexuality, or immigrant status.” “Intersectional feminism centers the voices of those experiencing overlapping concurrent forms of oppression,” she added. These are some of them: Gender/sex, sexual orientation, religion, ethnicity, class, economic status, age, ability, mental/physical health, education, and language. So, in essence, intersectional feminism involves making room for, listening to, and advocating for all women. You must be aware of the privilege at all times, be consciously intersectional, and engage others in the dialogue. Marginalized women are rarely included in mainstream feminism which is why they have to create their own spaces. It’s important to take a step back and remember that while we do face challenges because we’re women, we don’t face challenges because we are white or privileged women, but women of minorities do face extra hardships because of their race, ethnicity, sexual orientation, religion, education, and so on. If it isn’t explicitly intersectional, then it is merely a performative, empty, and damaging “feminism” that strengthens the white Eurocentric patriarchal toxic paradigm that has caused so much historical and current destruction. Feminism can only be called such if its intentions, words, and actions are all intersectional. 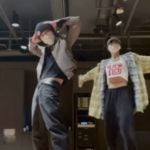 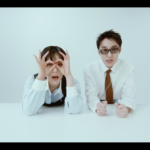 Zion.T partners up with Sunmin for a delightful track ‘Creamppang’