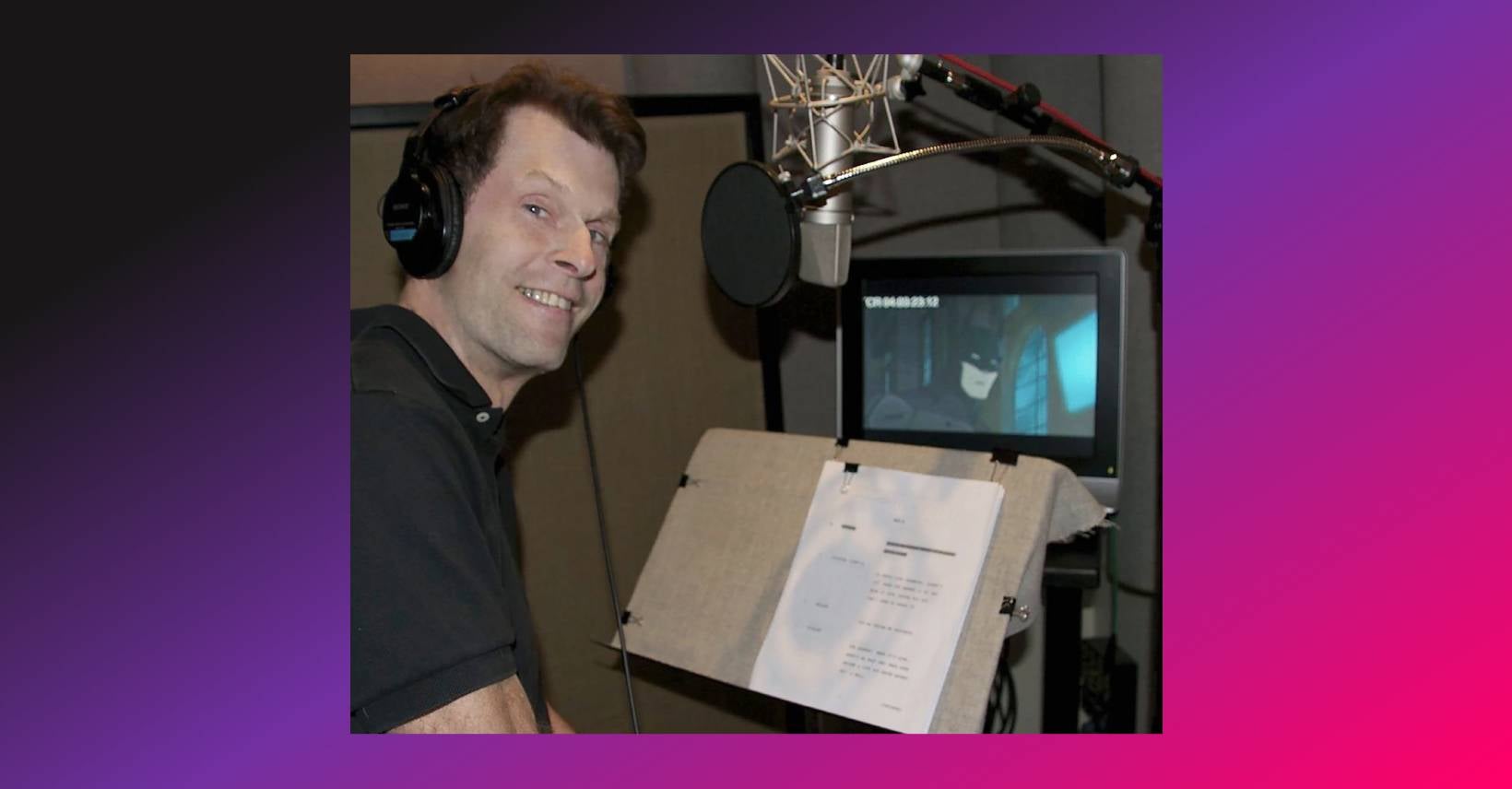 On November 10, Kevin Conroy, well-known for being the voice behind Batman in various media, died at the age of 66.

The long-time voice of the iconic caped crusader died after a short battle with cancer. Confirmed by Warner bros. he was survived by his husband Vaughn Williams, his sister and his brother.

For three decades, Kevin portrayed Batman and Bruce Wayne on different platforms. Here are some of his memorable voice characterizations in and out of the DC series:

30 years ago, Warner bros. introduced the Batman version that lived up to the name the Dark Knight. In contrast to how comic book characters were portrayed decades before, B:TAS was a dark, grim and serious cartoon that portrayed the heroics of Batman and the flaws of Bruce Wayne.

But probably the most defining part of that reiteration of Batman was Kevin Conroy’s voice acting–he gave Batman a deep, firm and sometimes terrifying voice character, which really became a big part of a lot of people’s childhood. This became a springboard for Kevin’s career, allowing him to do more Batman stories.

“I’m Bellicus, the Voice of Rage and Aggression.”

Kevin was also part of Cartoon Network’s iconic series Ben 10, a boy with a powerful watch that allows him to transform into different aliens. Kevin played the role of Bellicus.

Bellicus is a moral manifestation of Alien X, Alien X is one of Ben 10’s characters and often regarded as the most powerful alien in his roster.

The counterpart to Serena (the voice of love and compassion), Bellicus is the voice of Rage and Aggression.

Kevin did not only voice Bruce Wayne. On some occasions, he was also the voice to Bruce’s father, Thomas Wayne.

In one of the cartoon episodes, Kevin had to do a multitude of voice characters: Batman, Bruce Wayne, Drugged Batman and his father, Thomas Wayne.

Kevin said in an interview that this episode was one of his favorite episodes as it deals with the complexity of Batman’s character, plus it came with the challenge of voicing different people in one episode.

After decades of being the voice of Batman, Kevin finally got the chance to be a live action Batman in the crossover event of DC in which he played an older Bruce wayne.

The Crisis on Infinite Earths (Arrowverse) is a crossover event that featured television series of DC such as supergirl, batwoman, the flash arrow and Legends of Tomorrow.

However, in a fun skit, Kevin goes face to face with Tim Daly, the voice of Superman. The highlight of the video is when Kevin speaks Batman’s iconic lines in front of the camera. Fans said that this is proof that Kevin could’ve been Batman in live action.

Kevin also portrayed the voice of the Dark Knight in the video game The Batman: Arkham Knight. The video game was a trilogy that featured the adventures of the crime fighting vigilante.

Tributes and fan arts have poured in in light of Conroy’s passing. In a touching fan art, MJ. Hiblen posted a drawing of Mark Hamill’s joker, in which the character mourns the death of his enemy.

Mark Hamill also tweeted real-life photos of them which highlighted their friendship over the years.

Though we're all sad, I know he wouldn't want that. I'm finding great solace in all the memories I have of him…the thrill of our earliest recording sessions, discovering the unique bond our characters shared, how we complemented one another & bonded immediately. 🙏🦇s, 💜💚🃏 pic.twitter.com/jt8CHbdCsa

The Empire State Building also posted a tribute to Kevin featuring the iconic Bat Signal on its tower.

RIP, Kevin Conroy. You will be missed

An inspiration through and through

Just like the character he portrayed, Kevin was also an inspiration to many. In a society where members of the LGBTQIA are still harassed, the actor wrote a book about how the struggles he experienced in life and as a gay person himself helped him play out the voice role of Batman.

Needless to say, Kevin Conroy’s Batman voice will always be iconic: his deep, raw voice will be forever associated with Batman.

So speaking on behalf of all the children who grew up watching Batman: The Animated Series, I say thank you and Rest in Peace to the greatest guy to ever do Bruce Wayne’s voice. You will always be our Batman. 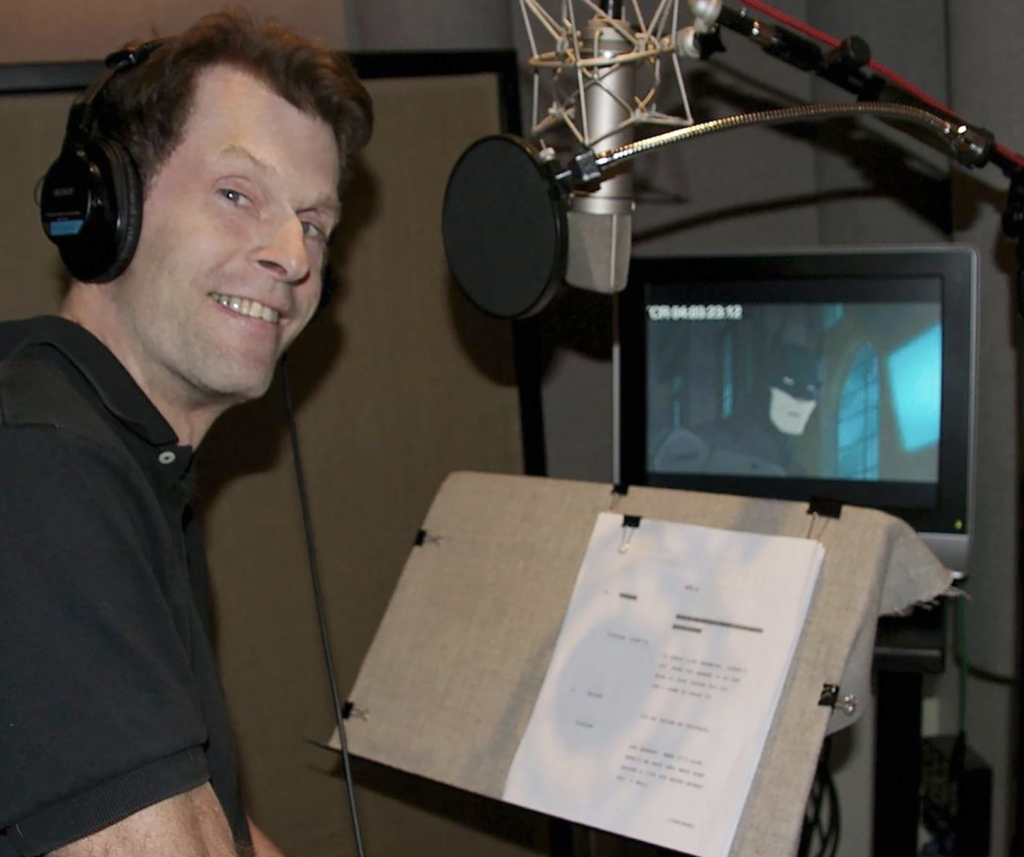 Commentary: Is P35,000 still a livable wage in the Philippines?. 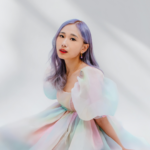