A district representative from Manila recently filed a bill that aims to recognize, define, and protect the rights of heterosexuals, which seems to counter the controversial ‘SOGIE’ Bill which, ironically, also covers the rights of our hetero bros and sis. 6th District Rep. Bienvenido Abante Jr. filed House Bill No. 5717 or ‘Heterosexual bill,’ which seeks to “protect”straight people from “oppression” they apparently suffer.

The proposed legislation likewise deems these acts as prohibited:

Understandably, the bill has received backlash from people. Here are some of their reactions online:

Heterosexuals are also included in the ‘SOGIE’ Bill

One misconception about the SOGIE Bill is that it only caters to those who are not straight. But, it doesn’t.

Twitter users pointed out that the SOGIE Equality Bill encompasses all gender and sexual orientations and proposing a bill that only targets one gender is absurd.

Another argument people online use on why the Heterosexual act is not needed is because, ‘Heteros’ are already protected in the current system.

Some say that this act is just making up problems suffered by the ‘Heteros’.

They questioned the premise of the bill that assumes that heterosexuals experienced prejudice and judgment from society. But for some, it mocks the advocacy for gender equality

An excuse to discriminate the LGBTQIA Community

In section four (4) of the bill, it states that Heterosexuals should be ‘free’ in expressing their views in any way they can about the Homosexuals, Bisexuals, Transgenders and queers. That is according to their religious beliefs and practices and biblical principles and standards.

(Disclaimer: The proposed bill has not not yet been signed into law)

Human rights lawyer Chel Diokno also gave his opinion regarding the matter. He said in his tweet that the bill legalizes the denial of human rights to the members of the LGBTQIA. He also argued that no matter how different our belief is, the proposed act is wrong and that SOGIE is the better bill to be signed into law.

However, the Philippine Social Conservative Movement  applauds the said bill as it counters the ‘repressive effects’ of SOGIE on Freedom of Religion and Expression

However, Sen. Risa Hontiveros said in her tweet three years ago that the SOGIE will not penalize people who will practice religious or academic freedom.

Every time equal rights is championed, be it for IPs, women or PWDs, oppositors are quick to take out the “special rights” card. This is dangerous.

And it will not dictate churches on their teachings or hiring process.

So…do we really need it?

Many people have called the heterosexual act a ‘joke of a law’ and that SOGIE Equality Bill is actually better as covers everyone in the spectrum, including the heterosexuals. 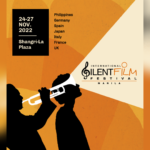 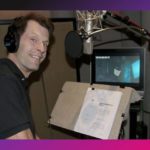