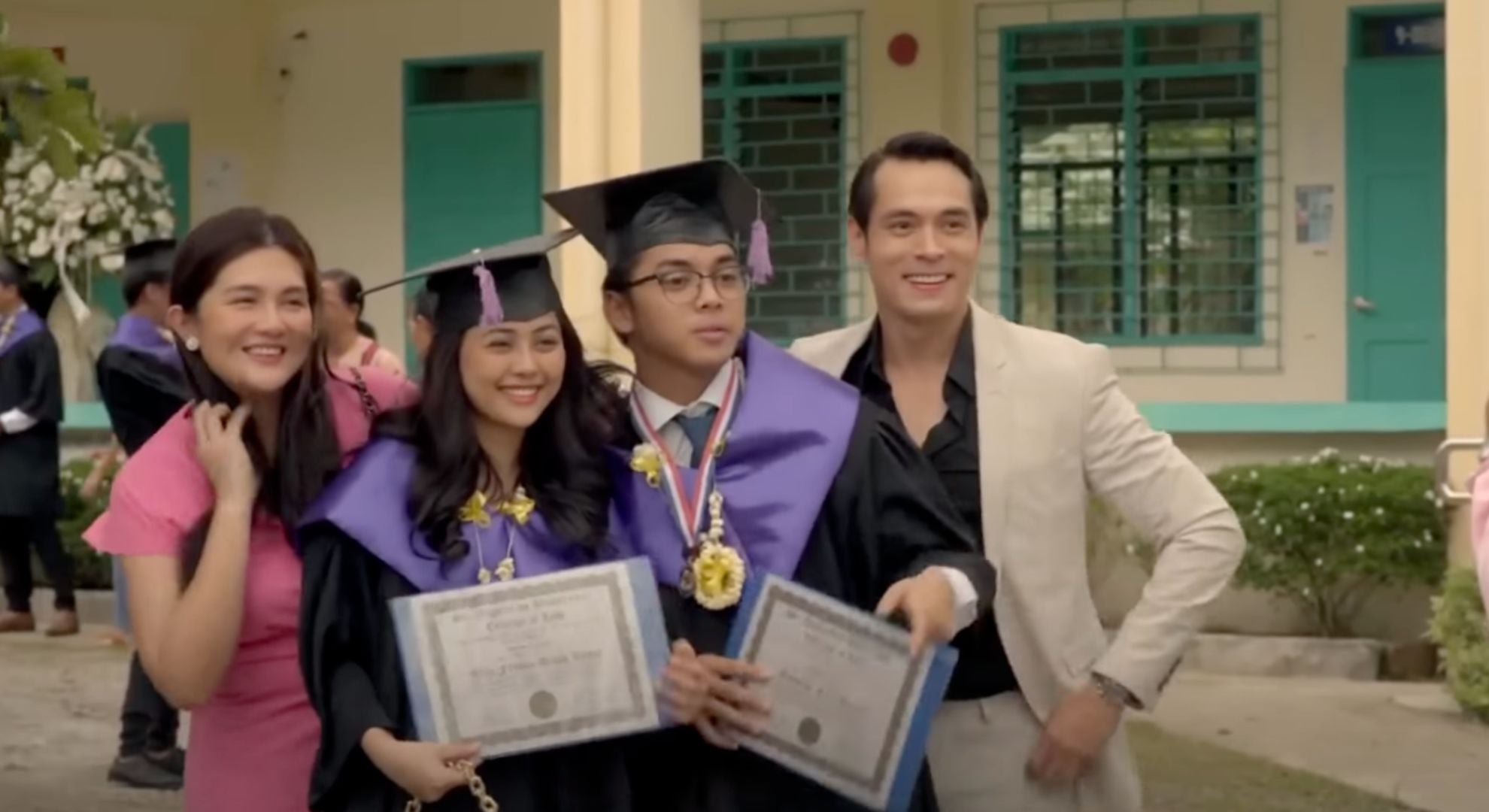 Proper representation in the media matters. This, among many others, is what the LGBTQIA+ community has been clamoring for, and yet the industry doesn’t seem to be hearing it correctly. Or they probably have selective hearing.

The annual Metro Manila Film Festival is fast approaching, and all of the films participating in this year’s lineup have finally been announced. One of the films, titled “My Father, Myself” however, did not resonate well with the LGBTQIA+ community.

Why? Well, the film’s trailer itself could answer that question.

This was our reaction after watching the movie trailer: 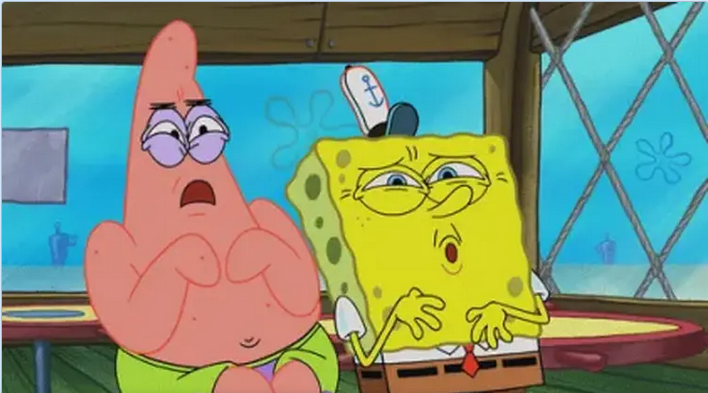 To explain it in just a few words or so: A gay father falls in love with his ex-gay lover’s son, with the son getting his stepsister pregnant and are then forced to marry. Essentially, the entire film feels like a weird Reddit post coming to life. To top it all off, it has elements of incest, grooming, and pedophilia.

We really want to give this movie a chance, but Lord is that trailer giving us a hard time.

Filipinos online understandably called out the film and aired out their disappointments over the portrayal of the Filipino LGBTQIA+ community, with some even being confused with the film’s plot and premise. Like, honestly, that was like a clusterf**k of so many wrong things all at once. 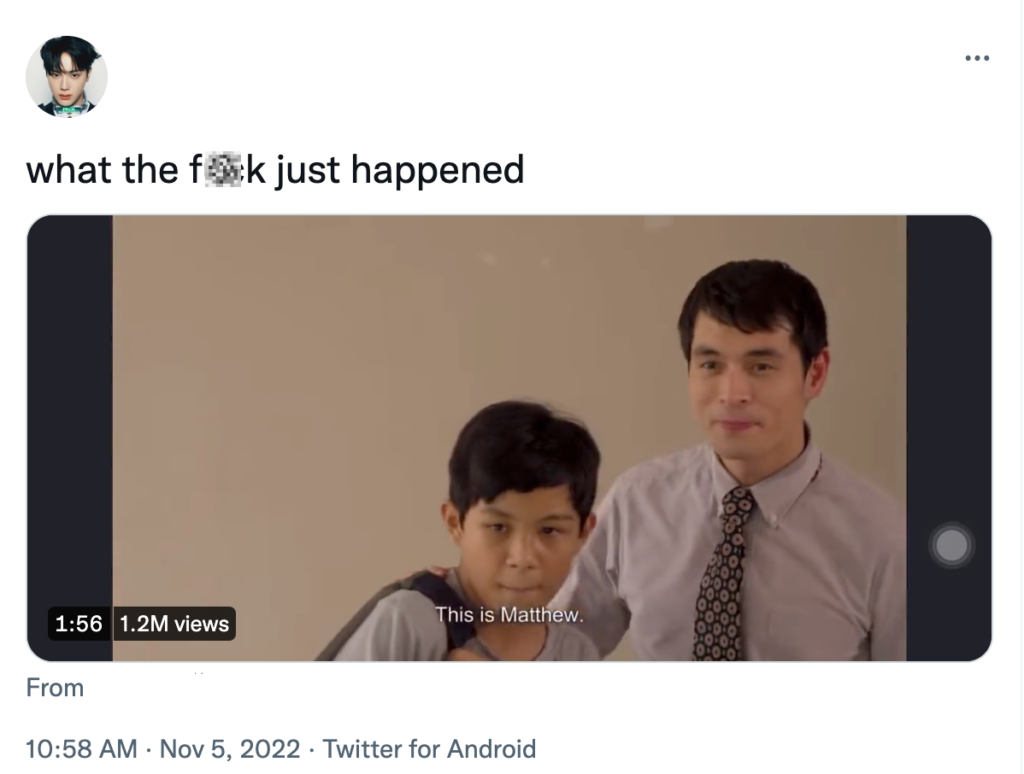 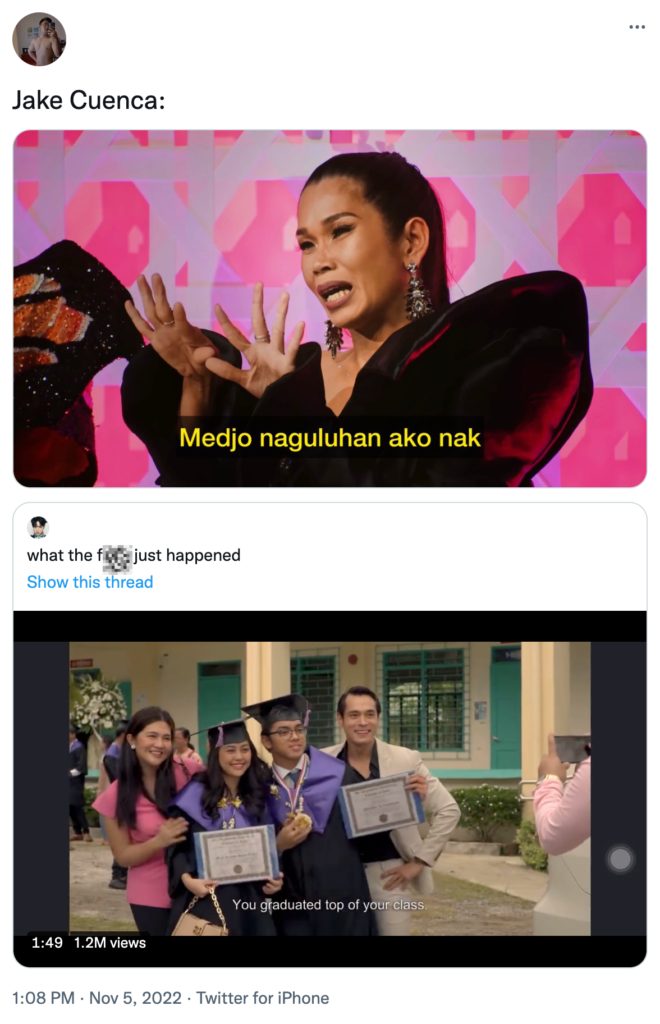 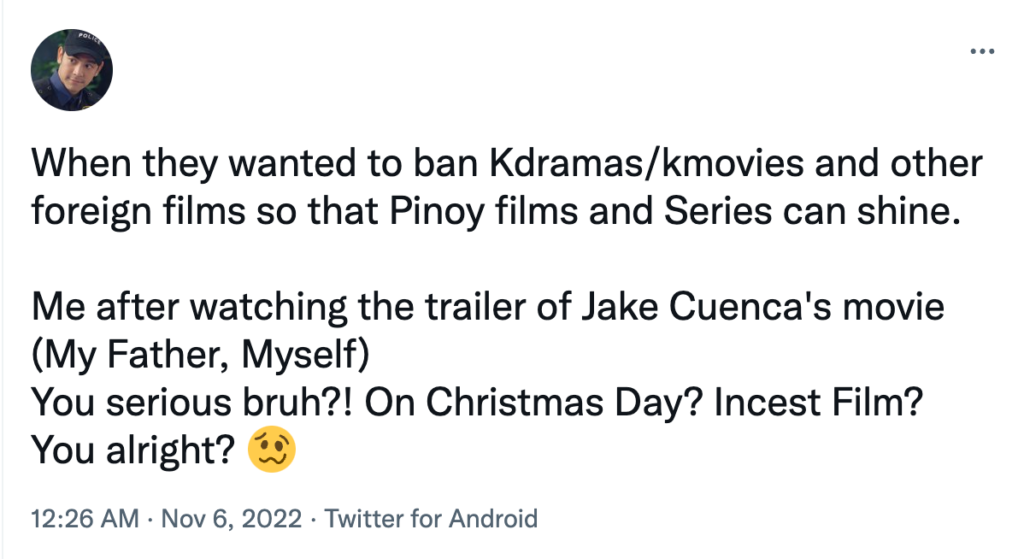 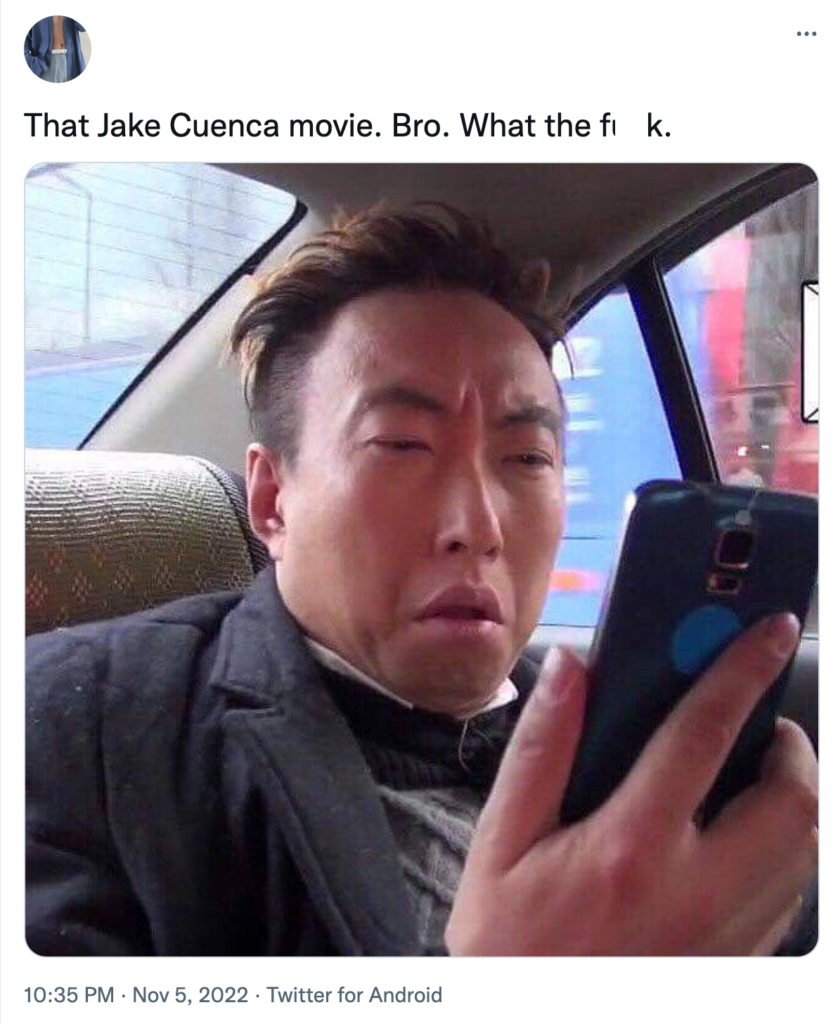 And to think this movie is going to be released on Christmas Day? Uh, yeah.

Out of all the things to portray about a same-sex relationship, it had to be incestuous and pedophilic. That, in itself, is what is so wrong with the whole entertainment industry and their fantasy of romanticizing their narrative of what the LGBTQIA+ community is.

The Philippine entertainment industry is so jacked up on their fantasy that they fail to see that their stories are all twisted and a perversion of the community they’re shedding a light on. This isn’t the first time that a movie has portrayed the LGBTQIA+ community in this way, and obviously, they haven’t learned from that mistake.

These kinds of films are the reason why the public still has a problem or still deals with taboo when it comes to the LGBTQIA+ community. These people aren’t being given justice and are continuously being disrespected and mocked for how they live their lives. In truth, the members of the LGBTQIA+ community are just as normal as we all are. They love who they love and could probably even be the nicest person you’ll ever meet, as compared to god-fearing hypocrites who don’t have any other hobby than to “condemn” people as if they haven’t committed any sin of their own.

They’re not sex-driven or malicious as what the media portrays them to be, nor are they only there in a person’s life just for comedic relief. They are more than that—they are people. They also share contempt over pedophiles, and abhor incest. They also condemn the act of child grooming, which by the way means that a person is connecting with a minor in the hopes of having a sexual relationship with them.

The LGBTQIA+ community is constantly being shamed by the public because of how wrongfully portrayed they are on the media, and this should obviously change. This begins with proper education and awareness on our LGBTQIA+ community and culture.

Oh and better story writing, too. If that isn’t so painfully obvious. 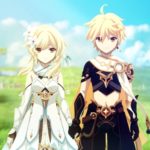 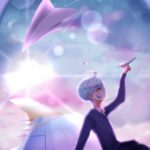