A not-so very gentle reminder that we’ve mentioned quite a few times: Coming to terms with one’s sexuality is something that is personal and should be done in one’s own time. A person’s sexuality shouldn’t have to be coerced “out” of them, and they should be the only ones with the agency of choosing when they want the world to know about their truth.

And yet, there are still a lot of people who have been outed against their will, no matter how famous they are and how influential they are to society.

Most recently, “Heartstopper” lead Kit Connor revealed that he was ‘forced’ by fans to reveal his sexuality to the world, evidently calling them out for “missing the point of the show”. In his first Tweet 2 months after his departure from the Bird App, the actor came “back for a minute” and then revealed he was bisexual.

back for a minute. i’m bi. congrats for forcing an 18 year old to out himself. i think some of you missed the point of the show. bye

The 18-year old actor had stopped using Twitter after speculations about his love life came into light.

His Tweet received an outpour of love from fellow celebrities, his castmates, the author of “Heartstopper” herself, and of course, fans of “Heartstopper” were also quick to condemn those so-called “fans” for forcing Connor to out himself when he probably wasn’t even ready to do so.

I truly don't understand how people can watch Heartstopper and then gleefully spend their time speculating about sexualities and judging based on stereotypes. I hope all those people are embarrassed as FUCK. Kit you are amazing 💖

Reading tweets like this is heartbreaking… especially when Heartstopper taught so many people around the world the true value of someone’s personal coming out story. I’m so sorry you had this moment taken away from you Kit, but let’s hope people will learn from it! ❤️❤️

Conversations and speculations about some celebrities’ sexuality has been going on for quite a long time now, and Kit Connor isn’t the only one who had been “forced” to come out. It’s a sad reality we’re living in, and quite unfair, to say the least.

As such, here’s a list of celebrities who have revealed their sexualities to the media—against their will, if we may add.

As we all know, “Pitch Perfect” star and comedian Rebel Wilson came out in June of this year and revealed that she is dating fashion designer Romano Agruma. And, we all know how that went—a person in the press blackmailed her team that they would reveal Wilson’s secret.

In an interview back in 2000, Ricky Martin was pressed by Barbara Walters to stop the rumors regarding his sexuality by saying, “Yes, I am gay or no, I’m not”. Martin refused to answer and didn’t officially come out until 2021.

Due to the incessant hounding from Hollywood gossip bloggers like Perez Hilton, Lance Bass “had no other choice” but to make a public statement about his sexuality in 2006. 2 years later, he finally came out on his own terms.

Another one victimized by Perez Hilton back in 2006, Neil Patrick Harris “went ahead” of the gossip and came out with his sexuality.

Back in 2006, the former American Idol contestant hadn’t been officially out to the public yet when he was a guest host on ‘Live with Regis and Kelly’. He had attempted to cover Kelly’s mouth with his bare hand, and Kelly responded with “I don’t know where that hand’s been, honey!”. What added more fuel to the flame was Rosie O’Donnell claiming that Kelly’s remark was anti-gay and that she wouldn’t have said it if he [Clay] was a “straight” man. Clay Aiken later on came out to the public in 2008.

The internet had a field day with this one. During an interview, Bassett commented that he found Harry Styles hot. He paused for a while, then later on said, “I guess this is also my coming-out video”. Bassett later released a statement that said that “it’s ok to still be figuring out who you are.”

This list could go on, but you probably got the point. Outing a person is none of your business, and it should come from them. We still don’t understand why people think it’s “cool” to out someone against their will. 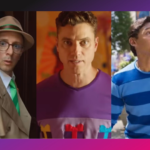 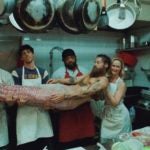