The bisexual community has long been visible and recognized. In fact, research suggests that while the term “bisexual” is new, the idea that people are attracted to two or more genders has been in existence for many years now.

As per Stonewall UK, the first use of the term “bisexual” dates back to 1859 when anatomist Robert Bentley Todd defined it as an individual who both possesses female and male organs, which is now known as intersex. But as the year passed by, the meaning of “bisexual” changed.

In modern times, Bisexuality Resource Center (BRC) defines bisexuality as an individual who experiences physical, romantic, sexual, and/or emotional attraction to more than one gender. It adds that people who identify as bisexual “may experience different kinds of attraction to different genders,” and this may change over time.

Oftentimes, bisexuality is compared to pansexuality as people assume they are the same thing, but these two identities are different from one another.

“Bisexuality is the romantic and sexual attraction towards two or more genders,” explains Evren Raia Jay (who uses any pronouns). “Pansexuality, on the other hand, is the attraction to anyone regardless of gender.”

Angel* (who uses she/her pronouns) also adds that while these two identities may be overlapping, the two are very distinct from one another. She says: “They’re still different in a sense where the attraction of pansexuality is much broader. In bisexuality, some bi may be attracted to specific genders.”

To put it simply, bisexual people may have gender preferences in terms of their romantic or sexual attraction, while pansexual people can be attracted to anyone regardless of their gender.

What does it mean  to be bisexual in the Philippines

For instance, when Angel was 15 years old, she found out that she was attracted to both boys and girls. But growing up in a religious and conservative household, she wasn’t familiar with the term “bisexual,” and always thought that liking a girl is just a phase. But upon scrolling through Tumblr, she read posts that explained sexual orientation, and gender identity expression (SOGIE), and there she learned about bisexuality. With this newfound discovery, Angel had a eureka moment and realized that her attraction to both boys and girls isn’t wrong; that being bisexual is valid.

Despite acknowledging her sexuality, it took her five years to fully embrace it and come out. And when she entered college, that was when she became confident with her sexuality. She also became open to dating girls and entertaining guys.

“It took me a total of five years to have everything figured out,” Angel shares. “It might have been long, but looking back, I’m glad I took my time in getting to know more about my sexuality and coming to terms with it because it helped me solidify my confidence in terms of my identity today.”

Even though Angel has fully embraced her sexuality, her experience as bisexual is quite tricky as she feels she’s like walking on thin ice. “Most of the time, people would assume that when you identify as bisexual, it’s just a ‘phase,’ or maybe you’re curious and exploring,” she explains.

She shared how she feels invalidated when people tell her that the reason for her sexuality is that she hasn’t found the “right guy” yet, which frustrates her. “In that sense, it can be really frustrating because it’s like they’re not acknowledging my existence and actual lived experience as someone who genuinely gets attracted to both men and women,” Angel says.

Juli* (who uses she/her as pronouns), on the other hand, shares that she found out she’s bisexual when she was in high school. But much like Angel, she also experiences invalidation from the people around her. “Other people tell me, ‘Sus, sinasabi mo lang ‘yan para makalapit kung kani-kanino o magharot’ (You’re just saying [you’re bisexual] just to get closer or flirt with anyone). Some also say, ‘Wala lang ‘yan, babae ka talaga’ (Don’t mind it, you’re a [straight] woman),” she shares. She then admits that instead of listening to their comments about her sexuality, she dismisses them and focuses her energy on the people who understand her.

Similar to Angel’s situation, Evren also grew up in a religious environment. That’s why when they found out that they were attracted to both girls and boys, they shrugged the thought away and were in denial at first. But when they started to ask questions about their sexuality, they started trying out online tests and researching, which became a big help in understanding their identity.

Evren then shares that being bisexual feels like they’re in “an open field,” saying: “There’s no direction to choose [where you’ll go] and that I could really roam around the area.”

Despite the liberation of knowing their identity, Evren acknowledges the challenge that comes with being bisexual in the Philippines, saying that a whole lot of patience is needed. “To be bisexual in the Philippines is to have patience with the people around you,” they explain. “Not everyone has understood bisexuality because we’re a religious country in which heteronormativity and sexism have been taught even to children.”

What people get wrong about bisexuality

With many people still haven’t had a grasp on what bisexuality is and is not, inaccurate assumptions and stigmas about bisexuality are still persistent up to date, and as someone who belongs to the bisexual community, Angel, Juli, and Evren all experience the misconceptions surrounding their identity.

Speaking with POP!, the three share that among the misconceptions they encounter is that most people think of bisexuality as a trend or a phase, and their attraction is split into half, where 50% of the time, they’re attracted to men, while the other 50% is to women.

“We don’t have a percentage [when it comes to our attraction]. We like certain genders and it depends on who they are as a person,” Evren shares.

Angel, on the other hand, says: “In some cases, it can be really 50-50, but there isn’t a rule that says that’s the acceptable standard [to be] bisexual. As long as there’s still an attraction to two or more genders, you’re still bi, not unless you don’t want to label yourself as bi, of course.”

Apart from these, another notion that adds to the never-ending list of stigmas and prejudices real bisexual people encounter is that bisexual people are being compared to cheaters because their attraction to both men and women means they will cheat when they’re in a relationship. 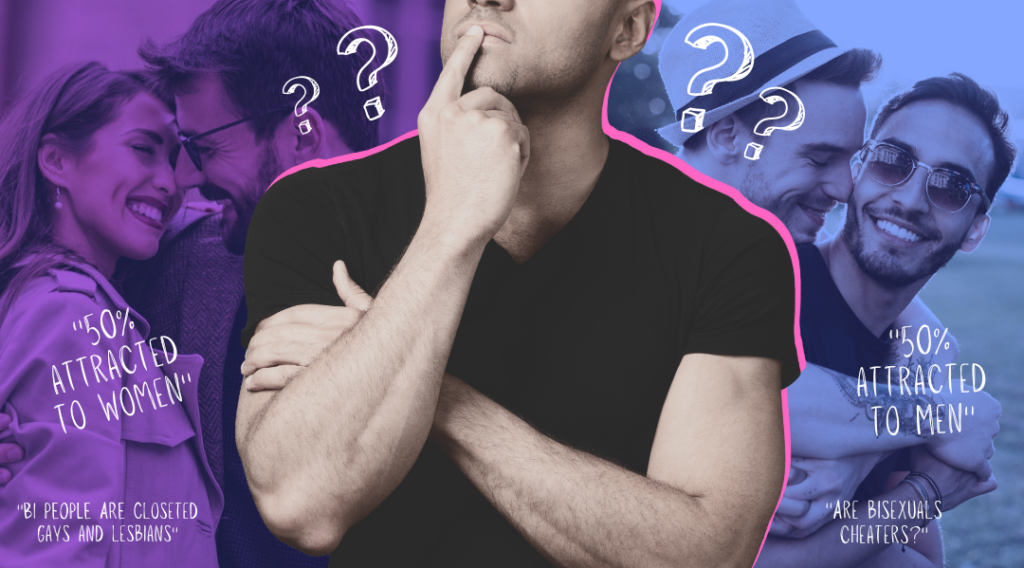 “Cheating is a choice. It’s a conscious decision, not a genetically embedded trait or a disposition that can be triggered,” says Angel. “In my case, yes, I’m attracted to both men and women, but when I’m dating someone, I’m loyal. So no, being bisexual doesn’t equate to being a cheater, and it’s not an aesthetic, trend, or phase. We’re real people with lived experiences.”

She adds: “Hopefully, someday, more people can grasp this simple concept and acknowledge it accurately.”

In addition, Evren also shares that they wish people would stop assuming that if a bisexual man is in a relationship with a cisgender heterosexual (cishet; a.k.a. straight) woman, it doesn’t mean they’re straight. And if they’re dating a gay man, it doesn’t mean they’re gay either. He stresses: “A bisexual person is bisexual, not unless they identify themselves as other sexual orientation and gender identity in the spectrum.”

Unfortunately, they didn’t only experience these inaccurate assumptions from the straight folks, but from the LGBTQIA+ community as well, because some still viewed them in a negative light.

“For some gays and lesbians, they see bisexual people as closeted gays or lesbians, especially if that bi person has only been romantically or sexually involved with one particular gender/sex,” Angel says. She then explains that this notion stems from the fact that bi people don’t want to be labeled as gays or lesbians; thus, they’re hiding under “the guise of being bi.”

“For me, who are we to judge them if they’re not ready to be labeled as gay or lesbian? We [the LGBTQIA+ community], of all people, should be the first ones to acknowledge the fact that sexuality is fluid,” Angel stresses.

Amplifying the voices and stories of the bisexual community

For Evren, they believe that having a comprehensive sex education incorporated in school curriculums can help raise more awareness about bisexuality as it explains the fundamentals of SOGIE. Other than this, the passing of the Anti-Discrimination Law is much needed in order to educate the public about what SOGIE is and isn’t. Lastly, Evren also believes in the power of educating one another and doing more research.

“Sources are very much accessible. If not, then it’s easy to talk to any member of the LGBTQIA+ community. We would be happy to educate anyone regarding SOGIE,” Evren says. He then adds that people can also join LGBTQIA+ community organizations to learn more about the community as well.

Other than this, Angel, Juli, and Evren also believe that proper media representation can also help make the bisexual community seen, and this can be done if they cast a bisexual person to play the role of a bisexual character.

“With proper representation, the media could erase stereotypes [about bisexuals] that currently exist,” Evren says.

“No one would better understand the plight of real bisexuals than actual bisexuals as well,” Angel adds. “But in the case of no openly bisexual people cast—since we’re still after all living in a conservative country—I hope that they give justice and proper representation by not adhering to false stereotypes about bisexuals.”

A love letter to the bisexual community

As we wrap up Bisexuality Visibility Month, Angel, Juli, and Evren all share a message to everyone in the bisexual community—whether they’re open, questioning, or closeted bisexuals.

Both Juli and Evren advise bisexuals to live their truth and embrace their identities. “It feels so good to be true to yourself, and that alone is fulfilling. So, don’t be afraid to show who you are as long as you’re not hurting anyone,” Juli shares.

Evren also adds to not letting people dictate who they are and calls to continue the fight for equality. “As what our community has been fighting for generations, let’s continue our legacy and movement because Pride will always be a protest. Makibeki, h’wag mashokot,” they say.

On the other note, Angel reminds all the questioning and closeted young bisexual girls and boys to take their time to get to know themselves. “It’s okay to take tiny baby steps. There’s no rush! You don’t owe anyone an explanation for the way you wish to express and describe yourself, so do as you please,” she says. She then advises to not listen and follow anyone’s voices but their own, and to explore.

“Don’t be afraid to explore. Experience is the best teacher, so don’t let your fears hold you back from trying things out. Just don’t engage in risky stuff without proper precaution, of course,” Angel reminds.

*Two of the interviewees in this article used nicknames for anonymity purposes.

The ‘A’ in LGBTQIA+: Understanding asexuality and aromanticism from the aroaces 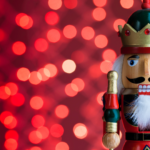 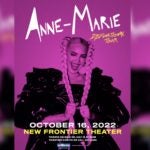