In a series of tweets, popular VO artist Inka Magnaye and Colourette Cosmetics CEO Nina Dizon-Cabrera called out some commenters regarding a TikTok video gone viral. The issue: allowing your significant other (boyfriend, in context) to drive a drunk girl home.

Tiktok is such a toxic place to discuss things like this. Most of the people there aren't ready for a progressive convo and resort to throwing hate first before analyzing the context of the creator.

These tweets come after the responses of the two personalities on the subject of the original TikTok video, which was taken down by the original creator due to her receiving a lot of hate comments according to Dizon-Cabrera.

The original video was a “Sing along if…” type of video where you show yourself singing along if you agree to the statement – in which the original creator showed that she didn’t agree to letting her boyfriend drive a drunk girl home.

This made a lot of traction and noise on TikTok due to the number of “controversial” takes on the issue, such as Nina Dizon-Cabrera’s TikToks that addressed some comments that were outright victim-blaming and “worrying about the wrong thing,” as well as Inka Magnaye’s TikTok explaining her opinion on the issue.

Answer to @usern4me00 Don’t make the girl the bad guy agad just for being drunk ♥️ I hope my explanation was clear enough!

In a highly conservative (and sadly misogynistic) country like the Philippines, this topic isn’t talked about enough, leading to harmful stereotypes against women. Women are always shamed for not following what society’s standard is for them, and yet whenever men do the same thing, they’re either praised for it or even applauded for it.

While most of those saying that they wouldn’t allow their significant others/boyfriends to bring a drunk girl home have valid feelings due to their past traumas, it is never right to blame the girl for drinking too much or for letting herself go. In fact, it’s never right to victim blame in the first place. That is what Nina Cabrera-Dizon, Inka Magnaye, and many others out there are trying to teach everyone.

These century-old principles shouldn’t have a place in our modern society. But sadly, people aren’t prepared for that conversation just yet. 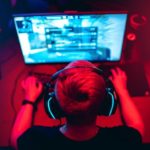 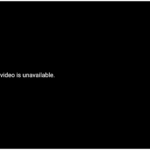