Whether it’s ice cream or donuts, we always crave for food that can give us “emotional comfort” whenever we’re stressed out or feeling down. But what if the food you crave for has something strange or unusual in it?

For the past few weeks, we have heard cases about a dead lizard found in a “dangerously addictive” snack or 3 cockroaches floating in a customer’s milk tea drink. Now, we have a new addition to our shocking list of comfort food with extra ingredients: a “greyish skin colored” tube found in a tinned beef curry. 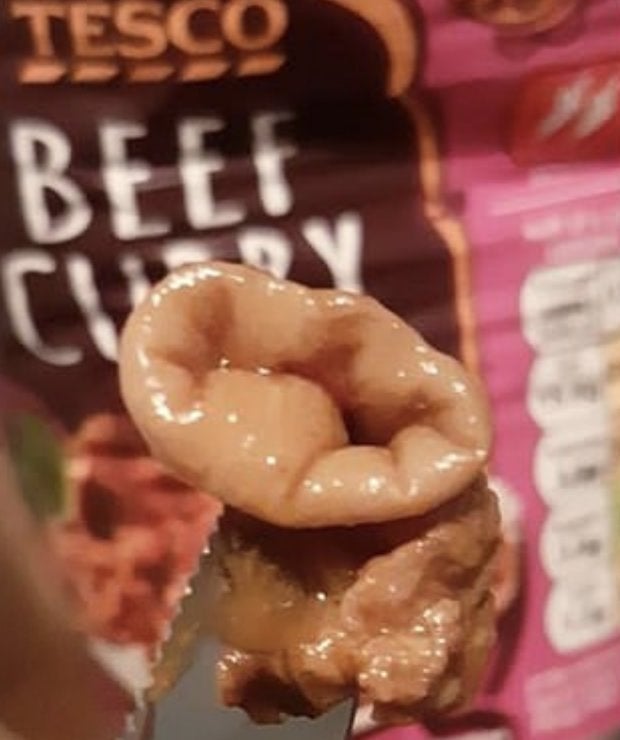 Tesco customer Andrew Lee was in the middle of enjoying his all-time favorite TV meal when he spotted this “greyish skin colored” tube on the end of his fork.

According to Lee, the tube with a puckered opening looked like a “belly button” or a “cat’s anus.” This shocking discovery made him feel disgusted and sick which led him to putting off food for two days.

He even joked about this ordeal and called it “the first diet that’s worked.” 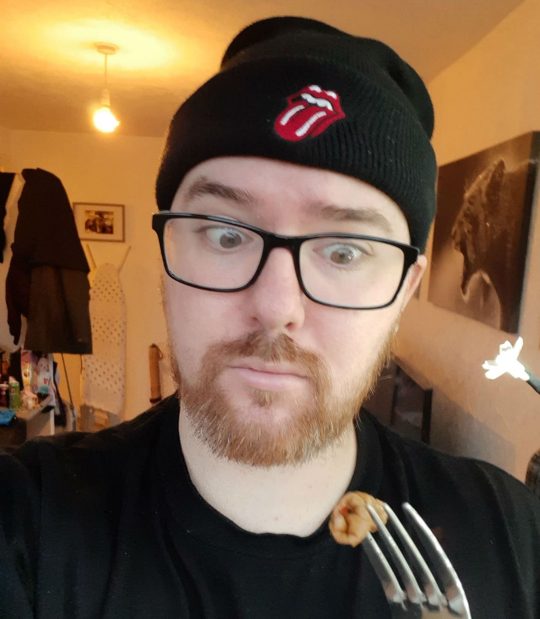 After filing his complaint to the retail giant, Tesco immediately got back to him saying, “I would suggest… taking this product with the thing and receipt into your local store for this to be investigated properly by my colleagues at the customer service desk.”

Although Tesco had already apologized and offered him a refund for spoiling his dinner, the company still claimed that the weird “thing” was neither a belly button nor a cat’s anus, but a large blood vessel.

Still not satisfied with the company’s explanation, Lee said that it was his first time to see something like that.

“There was the beginning of a tube then it was cut off. There was a bit of string on it too. It’s weird. I don’t think it’s fat – it’s super smooth. The texture is like silk,” he explained.

Then he went on to say that he had picked it up on the fork first and noticed the color was different.

“I normally love the beef curry with some jasmine rice and poppadoms. It’s quite tasty. But I won’t be having those tins again and I won’t look at cats the same either.” 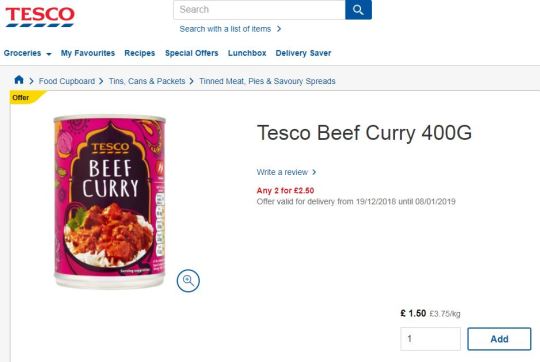 Lee was also asked to return the product to their local store so they can investigate it further.

Whether you’re just preparing snacks for your family or involved in a serious food business, it’s important to implement food safety standards to avoid food contamination.

Luckily, nothing serious has happened to Lee.