A new study shows that female monkeys are hesitant to follow the lead of male monkeys even if they’re obviously doing the right thing. They would rather stick to their female “squad” because they simply don’t trust the opposite sex.

Researchers from the Universities of St. Andrews, Lausanne, and Zurich found more evidence of cultural traditions among vervet monkeys that echo some human traits and how we pick up traditions from each other. The study established that even when males show superior foraging methods, female vervet monkeys would still prefer to take lessons from other females because they don’t trust their male counterparts. 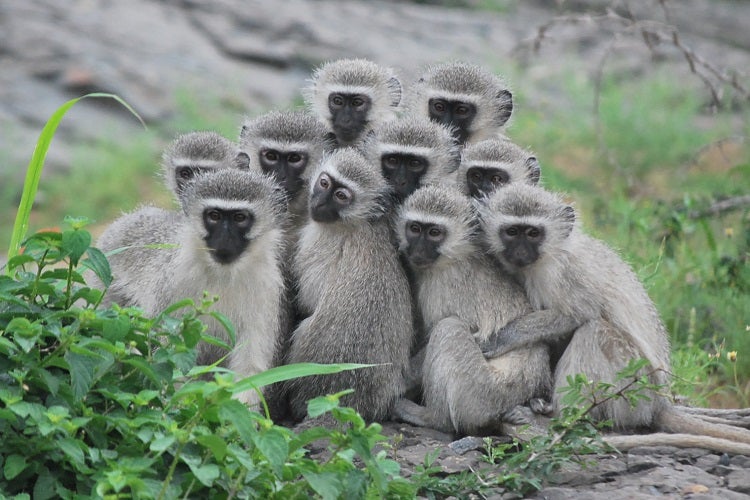 via University of St Andrews

Professor Whiten, of the School of Psychology and Neuroscience at St Andrews, said: “The explanation for the sex difference may be that for females the important thing is to maintain close bonds with the other females they spend their whole lives with in the same group.

“They may be less inclined to copy males, who are likely to have less reliable local knowledge.”

Researchers suggest that this may be because maturing male vervet monkeys move around more and disperse to other groups living in different places, whereas females stay in their birth group all their lives. This means that females are more likely to trust and follow the lead of other females because they are more familiar with them.

Male monkeys, on the other hand, are more open to learning from either sexes, “depending on which one is more effective in a given situation.”

The paper, published in Current Biology explores whether monkeys learn by mimicking the methods of successful foragers. The experiment involved an “artificial fruit” box that could be opened at either its black or white end, to take out an apple. 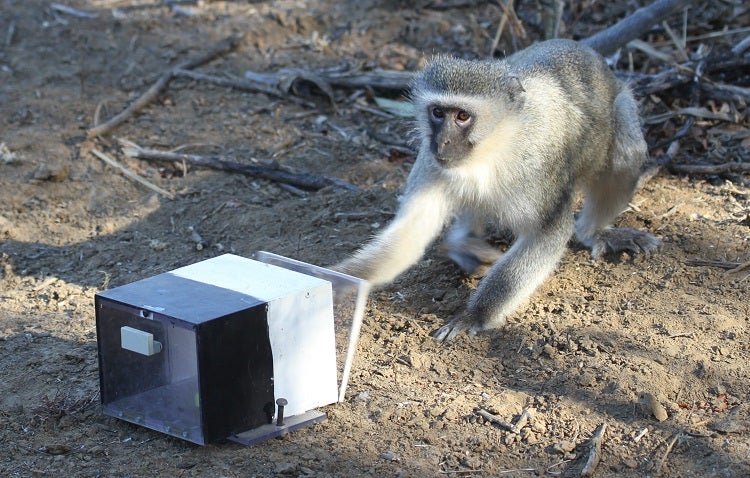 via University of St Andrews

If the dominant female approached, the researchers could use a remote control to ensure that she learned she could get the apple only from one colored end (black or white). In the same way, the highest ranking males were trained to use the opposite end, and arranged it in a way to ensure that male monkeys got five times more food than the other group.

The researchers wanted to know whether the others would stick to their group and follow their habitual preference to copy the females. Or would they now be more flexible, and be swayed by the greater success rate of the males?

So, basically, there’s also a “sisters before misters” code even among monkeys.

Studies show that you can die from being single and lonely