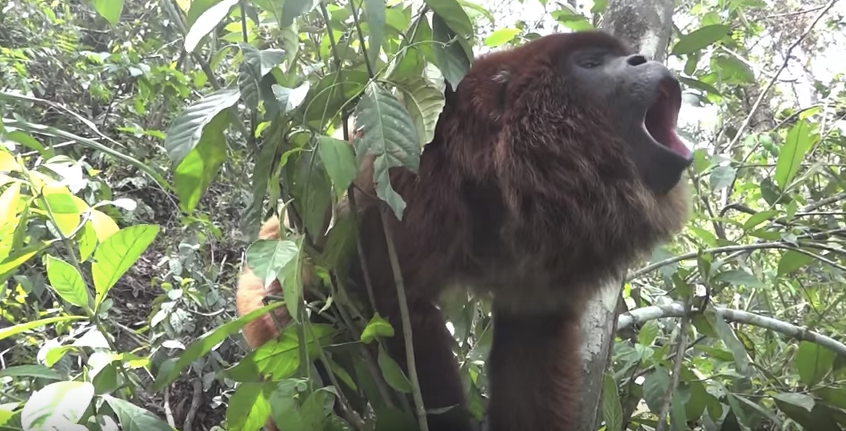 A study conducted by Dr. Jacob Dunn, a biological anthropologist from Cambridge University, has found that monkeys with bigger vocal organs have smaller testes and, consequently, fewer sperm. In other words: louder screeching means smaller balls.

To all women who have been catcalled, heckled, and mansplained to, this discovery isn’t actually news. We’ve known for a looong time that guys who tend to show off and harass women in the streets and public places are overcompensating for, to put it nicely, their “shortcomings”. But now, there’s actual scientific proof to back it up.

Dr. Dunn’s research focused on Howler monkeys– a species that is no larger than a small dog but is one of the loudest terrestrial animals on the planet. These animals can roar at around the same acoustic frequency as tigers. For males, the purpose of this loud howling is (of course) to attract females and scare off rival males. The study has found a direct negative correlation between the size of their vocal chords and their testes and sperm production. Here’s how Dr. Dunn explains this phenomenon:

Although Howler monkeys are different from humans, this does not mean studies about these species cannot apply to us. It has long been known that human beings share more than 90% of our DNA with primates. In fact, chimpanzees and bonobos are our closest living relatives as they share around 95% of our DNA. This is why studies in primatology like the works of Jane Goodall and Louis Leakey are considered vital in understanding human behaviour as well. Think about that before you get all defensive and loud about this article, alright?

Just so you know, RAPE IS NOT A JOKE
A page AGAINST sexism gets taken down by Facebook
This girl put a perv in his place by giving him one hell of a punch!