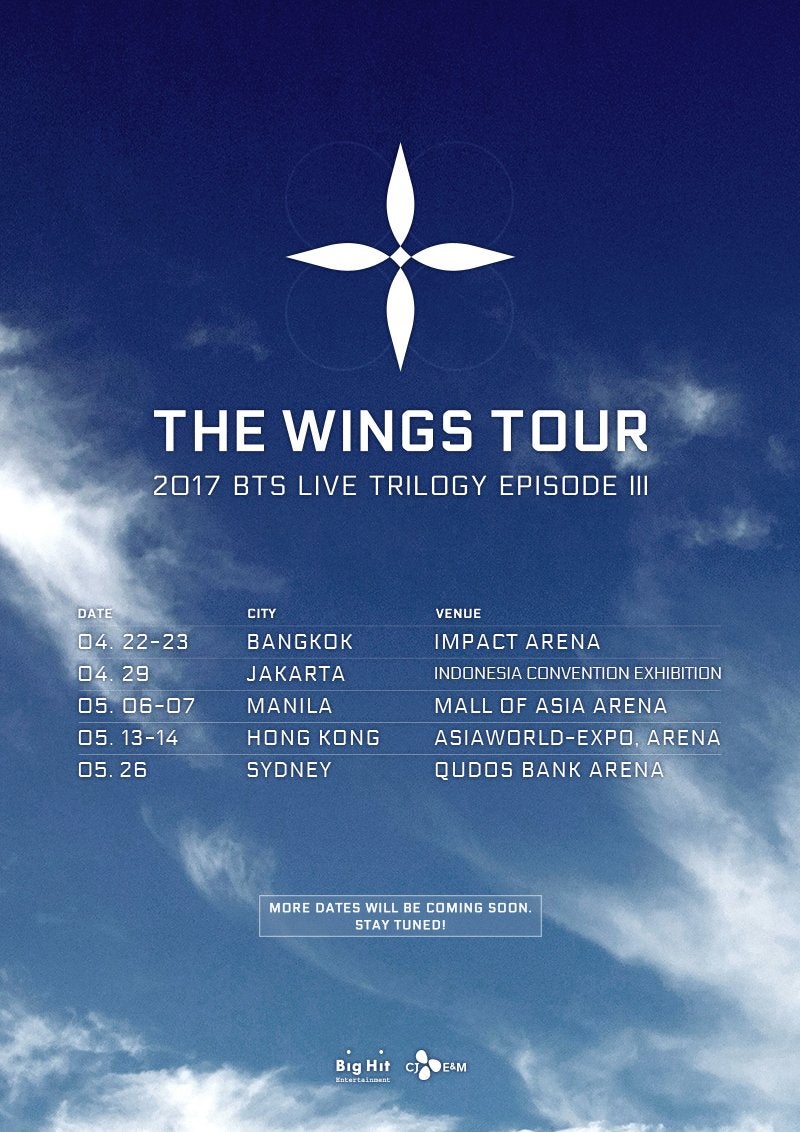 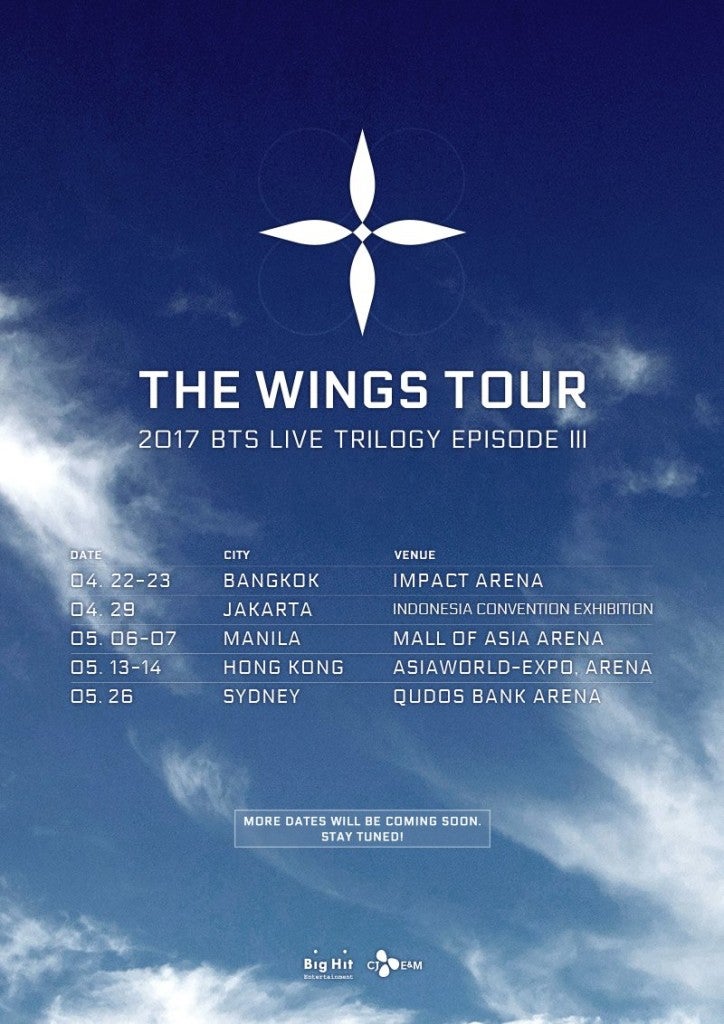 ARMYs are in for a treat as the boys of Bangtan Sonyeondan (BTS), will be coming back to Manila for a 2-day concert on May 6 and 7, 2017 at the Mall of Asia Arena.

BTS’ agency, Big Hit Entertainment, announced on Twitter the first set of dates and countries the boys will be visiting for their “The Wings Tour: 2017 BTS Live Trilogy Episode III”

Rumors of BTS coming back to Manila have been going around ever since KPop fairy godmother, Happee Sy, started dropping hints.

Practice your fanchants and get ready to fly with BTS by watching their shows on Viu for FREE FOREVER: inq.news/Viu-Inqnet 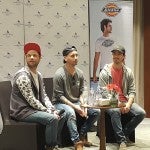 Relive the 90s with The Moffatt’s Farewell Tour Concert 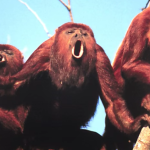