On Friday, November 12, Swifties from all over the world rejoiced as Taylor dropped Red (Taylor’s Version), a re-recorded version of her fourth studio album Red, which was released in 2012. But Red (Taylor’s Version) doesn’t just contain re-recordings of the songs from Red, it also includes six new tracks “from the Vault,” tracks that were originally intended to go into the fourth album.

While a wave of nostalgia was sending some Swifties, others decided to get creative and celebrate the album’s release with memes and jokes.

Here are some of the most hilarious tweets we’ve compiled:

everyone when Red (Taylor’s Version) is out: pic.twitter.com/G3QZcEMct3

Taylor Swift after releasing red Taylor's version and leaving us in tears: pic.twitter.com/MahBNGdv0q

me next week when i listen to red (taylor swift’s version) pic.twitter.com/XR3DVMLRdN

can't wait to wake up and cry to RED (taylor's version) thank you miss swift pic.twitter.com/ayYtVqHyOI

Some Swifties even made Taylor’s ex Jake Gyllenhaal the subject of the memes. For those who don’t know, here’s the context behind Gyllenhaal being featured in some of the memes: eleven years ago, Swift and Gyllenhaal reportedly dated for about three months. The couple reportedly broke up in 2011, and then a year later Swift dropped the original Red, which led fans to speculate that the songs Swift wrote for Red were about her break-up with Gyllenhaal. 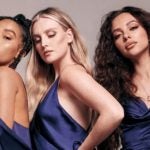 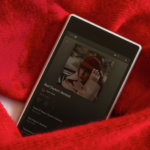