Facebook, Instagram, Facebook Messenger, and WhatsApp were down for hours on Monday, resulting in the outage of big communication platforms that many often rely on. In the digital age, many have become reliant on social media platforms.

Facebook is one of these platforms, having played a big part not only in helping people stay connected, but also in business operations. So when Facebook and its messaging apps like Messenger and WhatsApp blipped out, some businesses were affected as well.

Although Facebook has quickly grown into a big social media platform relied upon by many, it has also been under a lot of fire for a while now. Frances Haugen, a former Facebook product manager, recently dropped information showing that Facebook has been aware of the harms that its services cause, such as the issue with Instagram making girls feel worse about themselves.

So while many were upset about the hours-long outage of these big social media platforms, some decided to poke fun at the issue on Twitter, resulting in an abundance of memes.

hi can everyone see my screen

hi what can i get u

Perfect time for a coffee break. 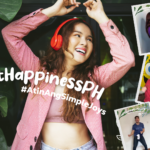 Life’s a meme: Facebook’s new ‘Feed’ gets laughs on Twitter