It’s the most anticipated time for Pinoy pageant fans as the next Miss Universe Philippines was officially crowned last September 30, 2021. While the ongoing lockdown robbed fans and beauty queens alike of the typical pageant experience, it didn’t stop Filipinos from celebrating and cheering for their faves just as loud online.

In a historical feat, Beatrice Gomez (Cebu City) is the first openly LGBTQ+ representative to be hailed as Miss Universe Philippines. Gomez received nothing but praise online and of course, a few memes fit for the occasion.

With a star-studded roster this year, fans also gave love to the other beauty queens and poked fun at what could possibly be going on backstage.

Kisses, Katrina and Maureen after the announcement of winners! 😭😭😭 #MissUniversePhilippines2021 pic.twitter.com/Z3xWUvWLJZ

Lastly, you can’t welcome in a new era without honoring the queen who came before. Miss Universe Philippines 2020 Rabiya Mateo definitely left an impact on her final walk and people didn’t leave it unnoticed. 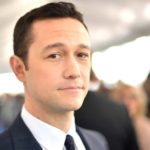 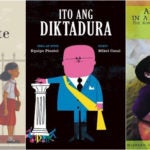