If you’re a big fan of Joseph Gordon-Levitt and have been following him on social media for a while now, chances are you’ve seen him post what seem like prompts for just about anything creative — photos, videos, six-word stories, and even voice acting. These prompts are actually part of HITRECORD, an online collaborative media platform founded by Gordon-Levitt.

In an interview, Gordon-Levitt shared more details on what HITRECORD really is and why he founded the platform. According to the actor, HITRECORD actually began as an online community that he started with his brother Dan several years ago.

Gordon-Levitt mentioned that Dan was a “pretty shy software engineer” who wanted to be an artistic person. Dan eventually became good at photography and fire spinning, and wanted to help encourage others to express themselves through art and creativity.

When HITRECORD was just starting out, Dan was devoted to helping out other people who, like him, wanted to express themselves through creative means but were struggling to do so. Joseph Gordon-Levitt said that his brother had passed away years ago, but encouraging beginners is still a big part of HITRECORD’s culture.

As for the prompts that Gordon-Levitt posts on Twitter and Facebook, the actor clarified that he is not the one who writes these prompts — they are posted by a woman named Alexandra, who works for HITRECORD.

According to Gordon-Levitt, they’ve found that the best way to jump start people’s creativity is to give them something that is “very easy, but just challenging enough,” and these are given in the form of prompts. He added that the prompts Alexandra writes work well considering a lot of people have participated and in turn have been inspired to pursue more complex and meaningful projects.

Gordon-Levitt also clarified what the people’s works are for and where they end up. Remix is a common thing that happens on the platform, because anyone’s posts on the platforms are accessible to other members of the community. When anyone posts on HITRECORD, their work can be freely downloaded, sampled, and reworked by another member to be made into something new and different.

While HITRECORD started out as an online community, over the years it has grown enough to have a production company. There are times when Gordon-Levitt and the HITRECORD team collaborate with the community to work on larger productions like TV shows, books, music, and podcasts. According to Gordon-Levitt, this is where money comes in as they also partner with brands and foundations.

The actor said that whenever anyone’s contribution is made part of a money-making production, the contributor earns a cut of the money. Gordon-Levitt also clarified that they have a thorough system for processing payments handled by humans and that they try to be transparent about it as much as possible. 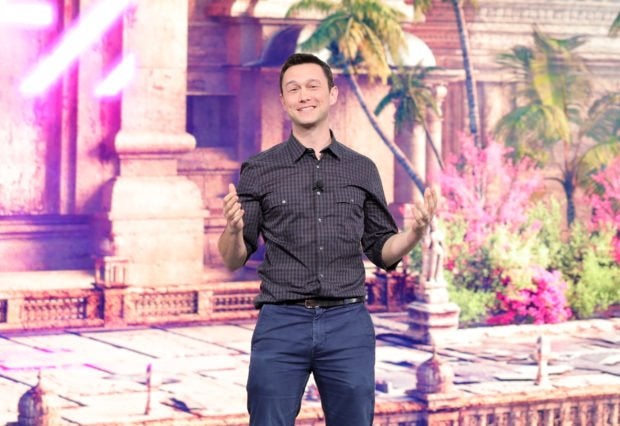 Joseph Gordon-Levitt also mentioned that most of their productions that can be seen on Facebook and Twitter are not part of any monetized productions. As for the monetized productions, if the production requires more work, they either have the team work on it internally or temporarily hire an industry professional or a community member.

However, the company didn’t always handle things this way, according to Gordon-Levitt. In 2018, HITRECORD had partnered with video game company Ubisoft because Ubisoft wanted to give their fans a chance to be included in the creative process of producing their games. But this was not taken entirely well — the gaming community took this as the company’s way of cutting costs by crowdsourcing, though Gordon-Levitt clarified that this wasn’t the case.

According to Gordon-Levitt, Ubisoft didn’t really save more by partnering with HITRECORD, nor did their partnership result in job loss for any Ubisoft employees or contractors. The program was just meant to promote inclusivity by letting fans participate in the creative process; it also wasn’t for the purpose of creating a lot of content.

Gordon-Levitt added that for the past eight years the team has been using the same “open collaborative process” that they used when they partnered with Ubisoft. However, after hearing their process being called “spec work,” they decided to change the way the company operated.

While there have been many participants in the community, HITRECORD didn’t do well financially all the time. Gordon-Levitt said that the company operated at a loss at some point, but they managed to break even with help from his Hollywood career — instead of taking the money earned from his projects, he put the money into HITRECORD.

The team has recently ventured into integrating HITRECORD’s collaborative and creative process with online learning, in the form of Class Projects, which are workshops that they will offer as part of a subscription service.