You may have already heard of the hilarious meme resulting from a serendipitous interaction between Lyca Gairanod and Karen Davila, providing a welcome laugh in these troubling times. With this meme, Lyca Gairanod contributes even more to some of our favorite meme templates and reaction pictures.

In case you are unfamiliar with the newest of Lyca’s classic reactions caught on camera, here’s a little back story.

On August 14, Karen Davila posted a Youtube video where she interviews Lyca Gairanod, the first ever winner of The Voice Kids Philippines. The two visit the house that Lyca used to live in before winning The Voice and the house she bought after her win, when she was only 9 years old.

At the end of the video, a clip reveals the fated nature of their encounter. In the outtake, Karen Davila asks Lyca when her birthday is. When the, now 16-year-old, The Voice champion said that her birthday was on November 21, Davila could not contain her excitement upon revealing the fact that they had the same birthday.

After the initial shock that kicked in for both, they were eager to celebrate the fact that they were birthday buddies. The twinning Scorpios also spoke about having a joint birthday bash on their next celebration.

Of course, an encounter like this cannot go unacknowledged on the internet. Pinoys online were quick to spread the amusing scene online. Well thought out captions and comments made the meme more relatable, almost like all our birthdays are on November 21 as well.

When someone is telling you there side of the story and you already know the truth. Same Lyca same 😂 pic.twitter.com/o6Ct6apEoX

how most friendships start 🤣👌🏻 pic.twitter.com/Rh99z2Tcqs

Even Karen Davila took part in all the laughter.

The National Quincentennial Committee of the Philippines even posted about a Philippine history fun fact that occurred on the fateful November 21. Revealing that aside from this being the day that Karen Davila and Lyca Gairanod were brought into this world, this is also the day that “Gov. Gen. Narciso Claveria standardized the surnames which we have today” Maligayang Buwan ng mga Wika at Kasaysayan!

This meme has brought lots of laughs but let us not forget that Miss Lyca has done this for us so many times in the past!

A meme veteran, Lyca Gairanod has a pretty impressive track record for memorable moments and reactions.

It’s hard to forget her classic makeup tutorial for kids! The origin of the infamous “charan”.

Let us all collectively say thank you to Miss Lyca for blessing us once more with another reason to smile during these turbulent times.

While waiting for our invite to the joint birthday bash, stay safe and follow quarantine guidelines so that it might actually have a chance of happening (and we can be invited, of course). 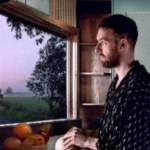 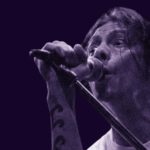