The Glee cast and Naya Rivera’s on-screen girlfriend Demi Lovato came together to honor the late actress at the GLAAD Media Awards.

On its 32nd year, the ceremony gives recognition to outstanding LGBT+ representation in mainstream media. Naya Rivera’s former co-stars reunited to pay tribute to her legacy as an ally and for her portrayal of Santana Lopez. It marked the 10th anniversary of her Glee character coming out as gay on the series. 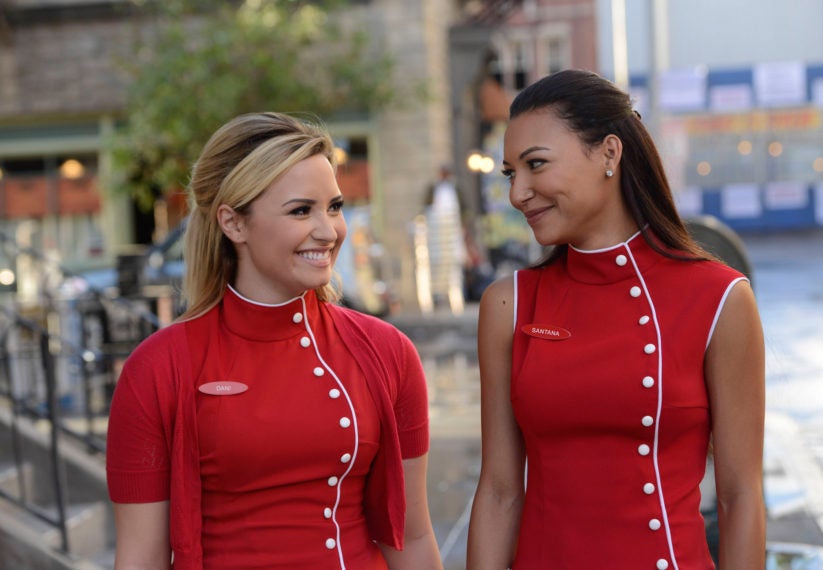 Music artist Demi Lovato introduced the cast on screen as they all recalled their beloved moments with Naya Rivera.

“I will always cherish the chance I got to play Naya’s girlfriend, Dani, on Glee,” shared Demi. She said Naya’s character was “groundbreaking for closeted queer girls, like I was at the time,” adding, “Her ambition and accomplishments inspired Latina women all over the world.”

Among her castmates, Matthew Morrison, Amber Riley, Darren Criss and Jenna Ushkowitz most admired her for how she was as a mother. “To see her put all that energy into her son was just an incredible sight to see and something I’ll always remember,” said Morrison, who plays Mr. Schue on the show.

The short tribute ended with a message from Naya’s mother, Yolanda Previtire.

“Her desire was to always be an advocate to those who did not have a voice. I don’t believe that she realized how important she was to this world,” she wrote. Her mother acknowledged how Naya’s role as Santana Lopez “helped to change the landscape of how we view and see each other.”