A Russian reporter had a “ruff” time on live TV when a dog grabbed her microphone and took off, starting a chase that stunned newscasters and melted viewers’ hearts.

Nadezhda Serezhkina was just starting her live standup on Mir TV about warm weather coming to Moscow when Martin, a golden retriever, made a high jump that scored the stick in his mouth. 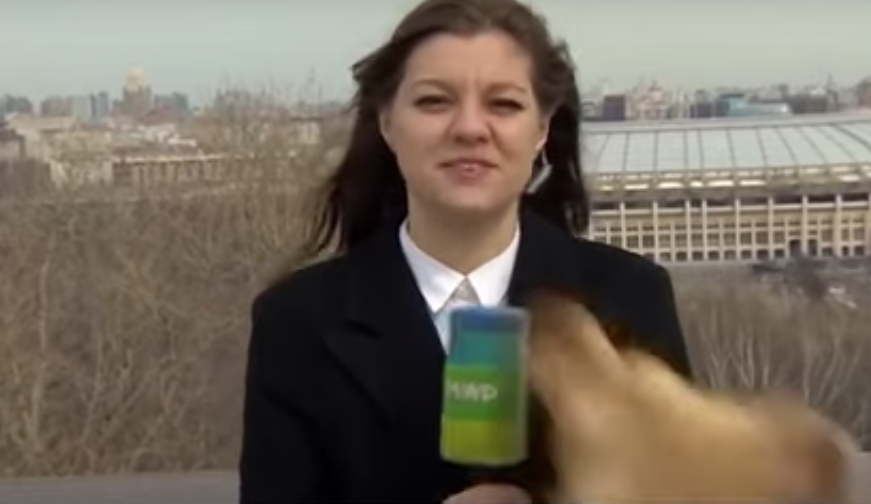 The correspondent finally caught up with the newshound, who let go of the mic. Serezhkina resumed her live broadcast, while patting her new friend. 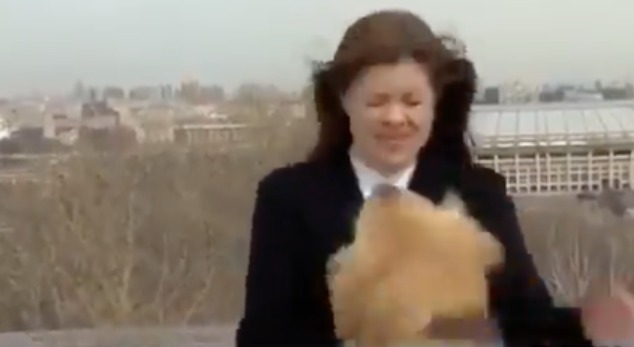 The video of the Thursday incident quickly became one of the most popular on Mir TV’s YouTube channel, getting almost 500,000 views in four days. JB