Russia’s Aeroflot on Tuesday stripped a passenger of his air miles after he boasted online of sneaking his overweight cat on board by switching him for a slimmer cat during check-in.

Traveler Mikhail Galin wrote in a Facebook post last week that his cat Viktor was judged too fat to be taken into the passenger cabin during a layover in Moscow on a trip from Latvia to his home in Far Eastern Vladivostok. 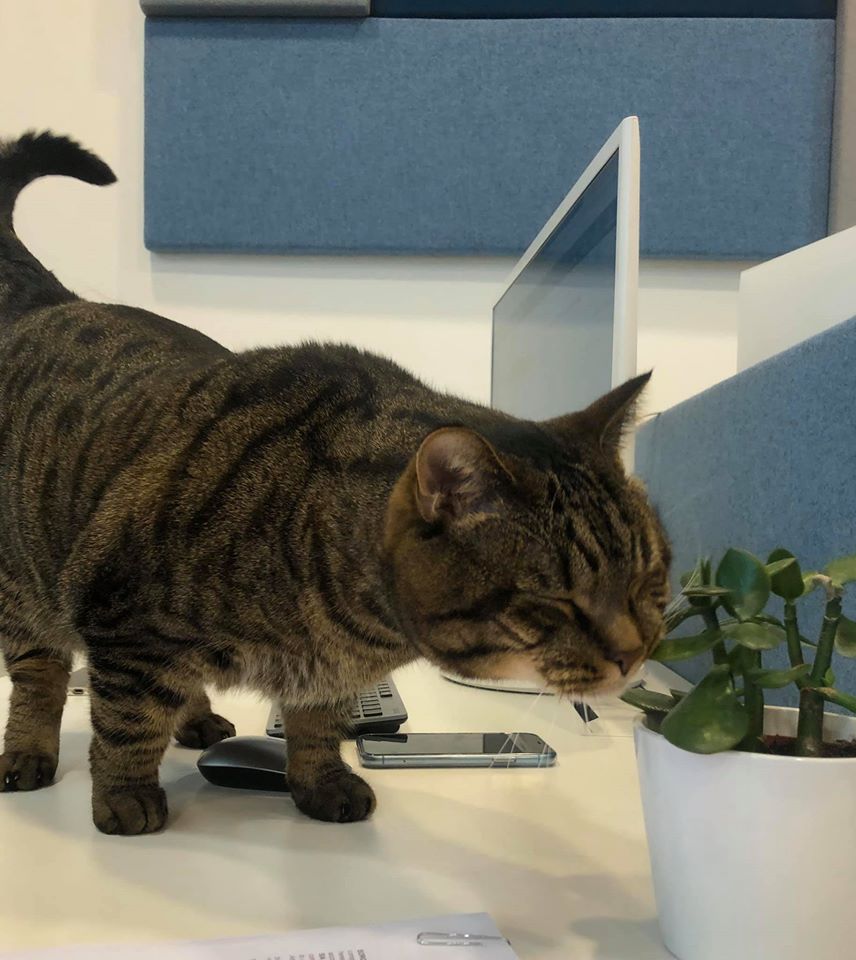 “The weigh-in showed that the animal had fattened up to 10 kilograms, a level not allowed for the cabin,” where the limit is eight kilograms, Galin wrote.

But he could not abandon his nervous feline friend to the cold luggage hold, so he refused to fly and took a “strategic decision to find a similar cat of a lower weight” in Moscow.

The next day Galin came to the airport prepared with “the cat, the cat double and its owners,” and successfully checked into business class after “the operation to switch Viktor the fat cat for Phoebe the miniature kitty was successful.”

He posted a photo of happy Viktor sitting on the plane with a glass of bubbly, becoming an instant hero for Russia’s cat lovers.

Aeroflot however was in no mood for jokes and told AFP the incident had triggered an investigation.

The probe into the cat swap showed that Galin broke airline rules by switching Viktor for “a similar animal weighing seven kilograms,” which was confirmed on video surveillance footage, Aeroflot said.

“Aeroflot has taken the decision to take this passenger out of its frequent flyer program. All of the miles collected during his time in the program will be annulled.”

Some reports said Galin had nearly 400,000 miles on his account.

Many Russians were fuming over the decision, with some saying it amounted to fat-shaming and others attempting to start a protest flash mob.

“Offending a kitty! Nobody will forgive this,” wrote socialite Bozhena Rynska.

Other owners of overweight pets feared that Galin’s disclosures could prompt the airline to tighten restrictions, making the trick impossible to repeat.

“Many of us often quietly flew around with our fat kitties, and now we won’t be able to,” Svetlana Pogorelskaya said to Galin on Facebook. IB/JB

Tortoises packed to look like chocolates in smuggling attempt at airport