This year, May 4th isn’t only going to be about Star Wars anymore.

Yahoo announced that it will be shutting down its ask engine Yahoo Answers for good on May 4th on the platform’s homepage. This message leads to an FAQ page that explains the timeline of the shutdown. By April 20, no one will be able to post or answer questions on the platform, and users will be given until June 30 to request for and download their content should they choose to do so.

Yahoo detailed the reasons for its decision of shutting down the Q&A platform in a note it sent to its active members, which included the platform becoming “less popular over the years” and that they have “decided to shift their resources away” and “focus on products that better serve their members.”

Yahoo Answers is closing. It's an end of an era here. But let's never forget the gems it gave us. pic.twitter.com/MCyMeblsAb

the greatest philosophers of our time were found on Yahoo Answers pic.twitter.com/S3SIpdcODj

It is simply CRIMINAL to kill the place that gave us this MASTERPIECE https://t.co/LdfNAH5pRr pic.twitter.com/jvAKfmCLou

Yahoo Answers is one of the longest-running Q&A platforms since the inception of the Internet. Operating for 16 years, it has risen in prominence in terms of meme and comical content and as a haven for humor seekers more than as a forum filled with reliable information and experienced wisdom.

The beloved Q&A platform’s shut down can be likened to a modern day burning of the Library of Alexandria, but instead of being remembered as a pantheon of ancient knowledge, it will forever be memorialized as a sanctuary for the bewildered and a legend in meme culture that lasted for 16 years.

Hopefully, users have finally found the answer to “how babby is formed,” or “how girl get pragnent.” 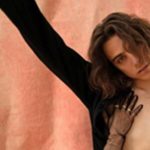 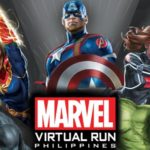