It’s been 6 months since the last chapter of Attack on Titan, and 7 months since the anime’s Season 4 Part 1’s last episode. And now, fans will be able to witness the beginning of the end very soon.

On October 13, 2021, Studio MAPPA, the animation studio behind the popular manga/anime’s final season, has dropped the much-awaited trailer and date for the Attack on Titan’s Season 4 Part 2. In this season’s Part 2, the storyline will continue from Eren Jaeger and Reiner Braun’s face-off in the last episode of Part 1 and will later lead onto the “Rumbling”.

In the trailer, viewers are teased with the numerous “iconic” events from the manga and are left with a closed-up montage of the main characters with emotional faces. The trailer ended with a blood-red background and an announcement of the airing date and time.

Fans went wild over the trailer, with some very hyped and excited for January 9, 2022, and some visibly emotional about the series’ next events and (spoiler!) eventual character deaths.

#AttackOnTitan season 4 part 2 is coming can't wait for the people to enjoy until the ending and start hating the series pic.twitter.com/X9AuBmxMWX

Favorite shots of the Attack on Titan Season 4 Part 2 trailer
AND YES NIGHTMARE
Perfect music for Paths or 119 leadup
This definitely looks like an actual episode
The Reiner vs Eren fight will look totally insane in full
2nd Zeke face looks beautiful
The trailer got me on a rush pic.twitter.com/JFGTnCZSTY

me who read the manga: pretending to not listen cause I’m not ready for the angst #ShingekiNoKyojin #AttackOnTitan #AttackonTitanFinalSeason pic.twitter.com/fEXhogLGtU

Me after the Attack on Titan Season 4 Part 2 Trailer:
I'm (br)ok(en) 👍 pic.twitter.com/rqF88kYOid

i just saw the attack on titan season 4 part 2 trailer, i’m gonna cry once it’s animated because the manga was rough

Obviously, not everyone is ready to see the entire manga fully animated, thanks to how traumatizing and upsetting it was. (Same). But, everyone’s just so hyped to finally get the next part of the final season! Winter 2022 will be a great season for anime, bet. 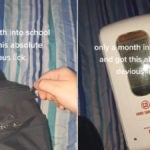 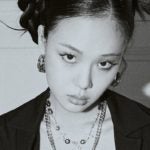