After showing it live during their 10-year anniversary event last June 27, it had reached 4.5 million views in just two days.

The anime follows the story of Denji, who works as a devil hunter to pay off his late father’s debt. After some life-threatening events, he is transformed into a devil-human hybrid known as the Chainsaw Man.

The trailer gave us a look into what would probably be an incredible anime with stunning animation, and bloody, gory, and high-speed action. People expect nothing less from an anime produced and animated by MAPPA.

MAPPA has produced high-rated works like Attack on Titan’s 4th Season and Jujustu Kaisen – which won an award as the Anime of the Year 2020.

Chainsaw Man has been talked about as one of the best and most unique shounen manga out there. With eye-popping artwork, creative and dark storytelling, fast-paced action, and loveable characters, readers of the original manga are dying to see the anime in the near future.

Those who are unfamiliar with the original source material but have seen the trailer are equally as excited.

The action scenes in the Chainsaw Man trailer my god- MAPPA has done it again. Major hype for the CSM anime!!! pic.twitter.com/bpIFcVu812

In this tweet below, the all-star staff for the anime was announced. The director, Ryu Nakayama, had worked on One Punch Man and Jujutsu. For the music, Kensuke Ushio composed the soundtrack for DevilMan Crybaby. For the screenplay, Hiroshi Seko has written for anime like Mob Psycho.

⚠️The broadcast date has not been announced!

Basically, we can compare this staff to the 1992 USA Dream Team – this is arguably the greatest roster of all anime.

Unfortunately, there is no news of a release date yet, but that can’t stop the hype. Let’s wait for more news on this anime soon! 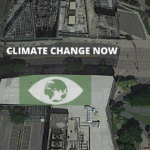 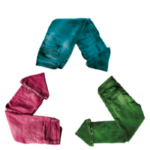