Letterboxd is a social media platform that allows movie lovers everywhere to record their watching history and update the list of movies that they want to see in the future. Letterboxd also allows users to rate and review the films they’ve seen.

Twitter account @letterboxdauras noticed that some reviews may have aggressive undertones. They have taken it upon themselves to showcase some of the best “Letterboxd reviews with threatening auras”.

Here are a few gems that the account has uncovered for Letterboxd and Twitter users alike to marvel at.

When someone says that you look like a character from a movie… it might not always be a compliment. 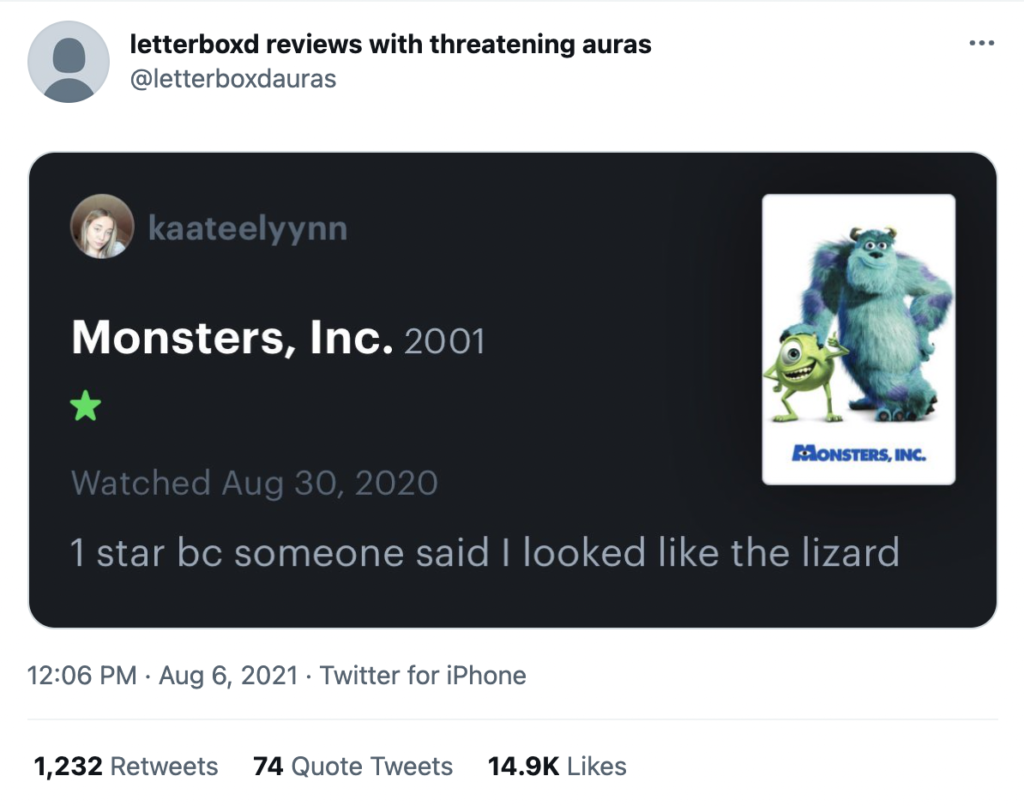 First COVID-19, then the Delta variant, and now… this? 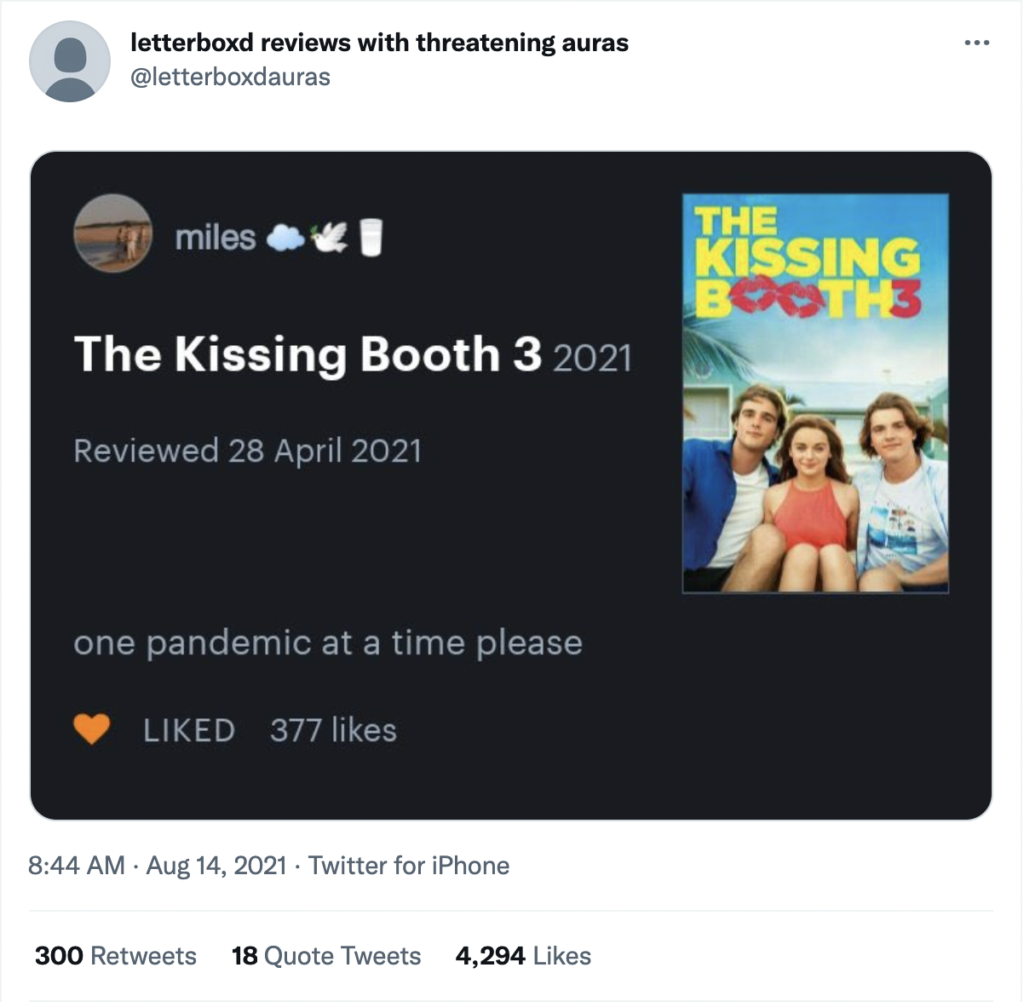 Letterboxd brings together people with all kinds of preferences. What makes a movie good? That is a very subjective question. 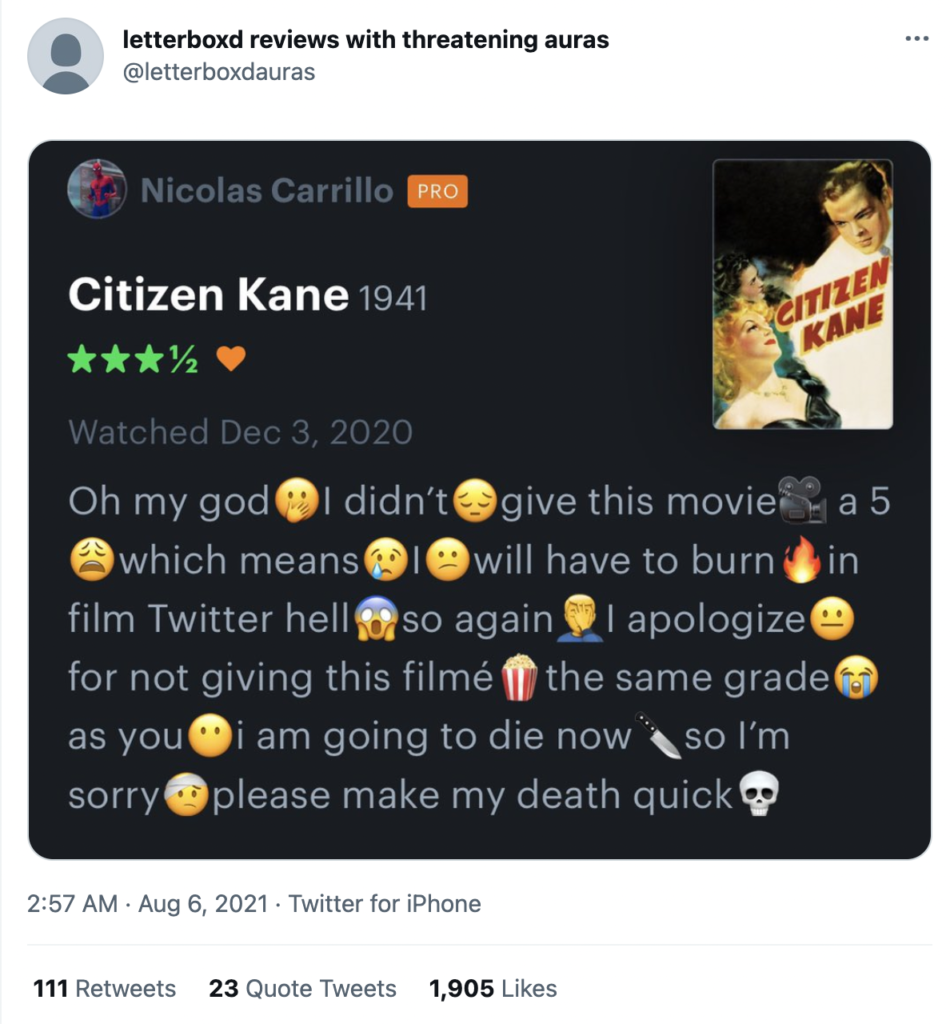 The biggest twist of the movie, perhaps? 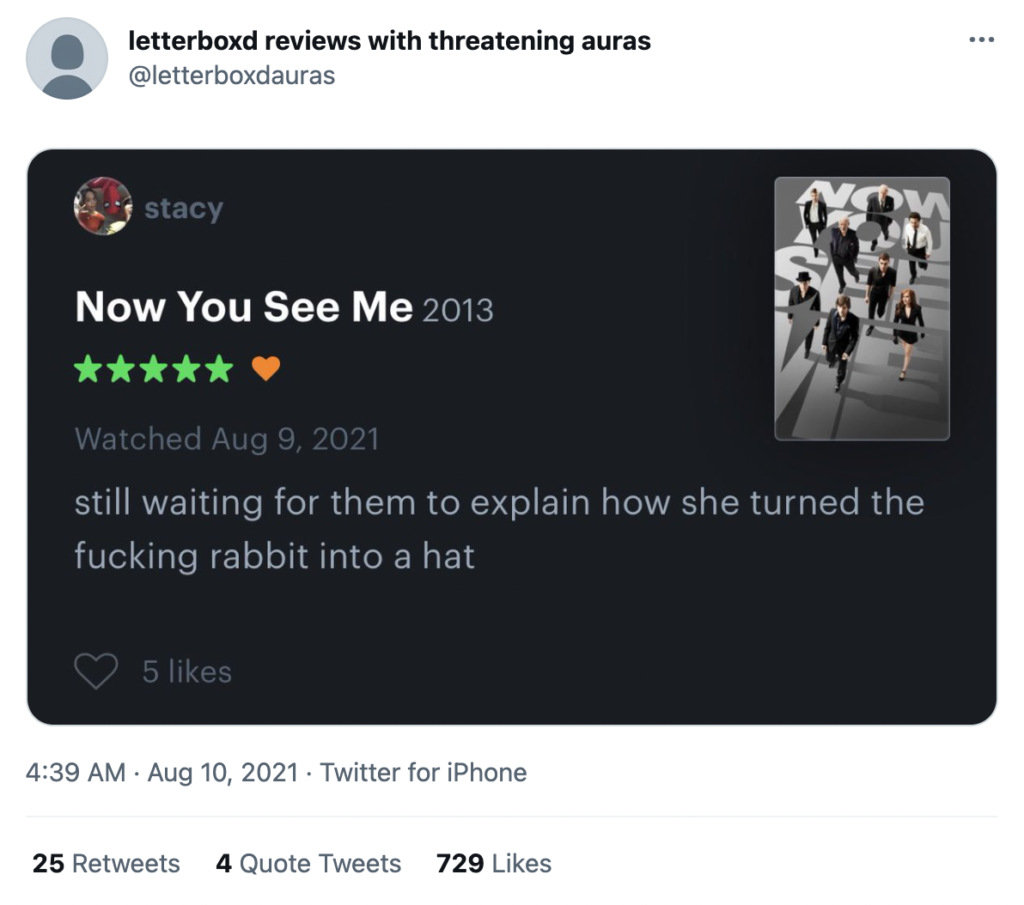 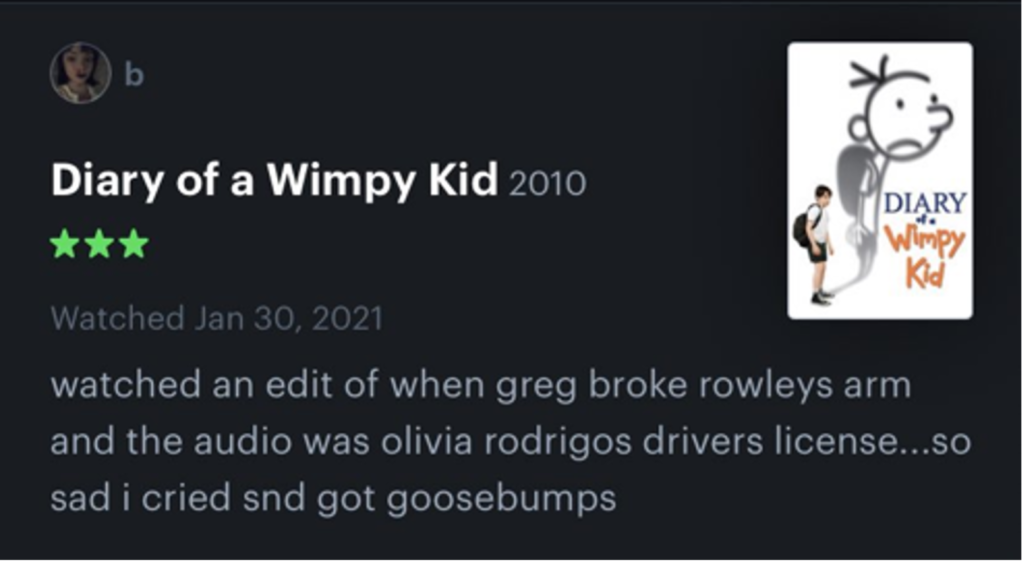 Probably would happen whether or not it was an order by the Peaky Blinders. 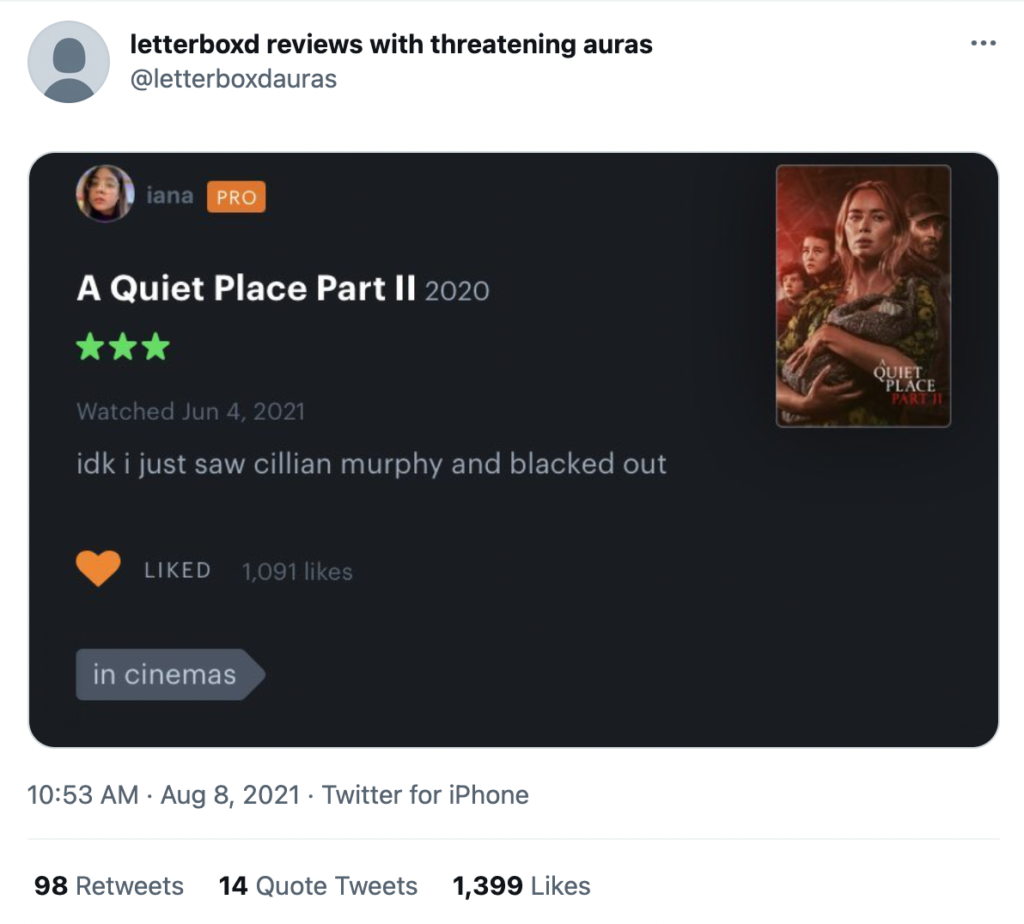 The original title of this movie was actually Mamma Mia, although it was, sadly, already taken. 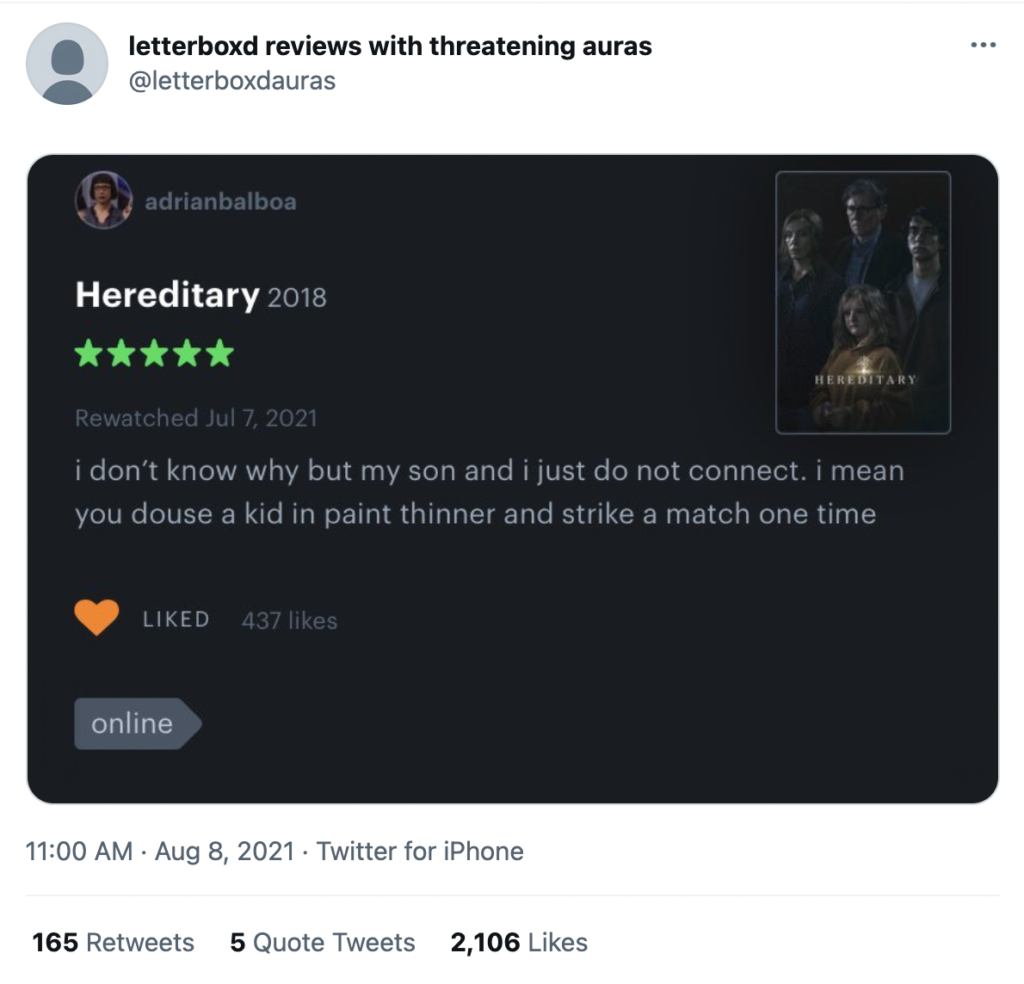 Maybe they weren’t Bo Burnham’s target audience, but they were definitely reached. 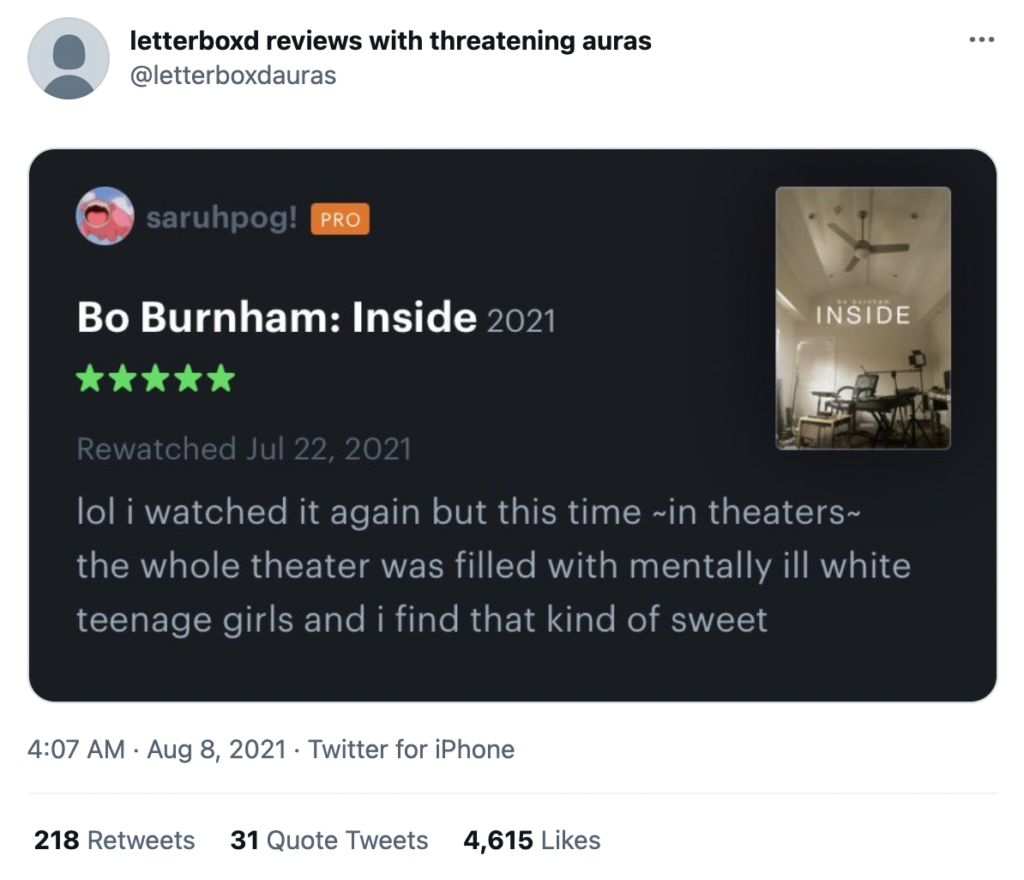 Stand-up comedian, Daniel Sloss once said “Sometimes I like things and then write it down”. Reviewing movies is fun, it lets people think about why they might have enjoyed or disliked a film.

Reviews may be seen as an art form in themselves, showcasing funny anecdotes, comments, or in-depth analysis of films (whether or not it was “good”).

6 features that people actually want to see on Twitter