6 features that people actually want to see on Twitter

Twitter officially pulled the plug on its ephemeral Fleets for good because unlike Facebook and Instagram’s stories, the reception received by the feature was not what they had hoped for.

As the company promised to bring new accents under its wings, people online are expecting Twitter to bank on their long-standing request for several features to improve the platform’s engagement and user experience.

Here are 6 features that would be totally USEFUL right now for Twitter to add.

We are very much aware that Twitter responded to this request over a month ago. But still we insist, we DO NEED an edit button, Twitter just needs to give in.

OK, point taken: some may use this feature for abusive purposes and manipulative contents, but a disclaimer that reads “this tweet has been edited” and shows the original post would lessen the confusion for general social media users. Nonetheless, this appears more necessary than ever as many people just can’t deal with typos on tweets.

If manifesting really does its magic, let our response be: EDIT BUTTON CUTIEEEE.

If Twitter won’t grant us the liberty to scroll through our own profiles without a limit, at least give us ‘Twitter Memories’ that bring our old tweets to light, similar to Facebook and Instagram’s ‘on this day’ feature.

There are some things that are better left in the past, and that’s mostly true. But admittedly, this trip down the memory lane could be funny and nostalgic. It’s both a blessing and a curse. You may cringe seeing your past embarrassing tweets and how much of an oversharer you were, but that’s part of the fun.

For most people like me who are much of a memory hoarder, we plead to get the option to archive a slew of tweets in the event we finally come to our senses. It’s a sentimental thing– you know– to not want to delete the tweet per se but keep what is being felt behind the words. Besides, it would be a refinement to one’s feed, particularly to the user’s.

Scheduling a tweet would spare us the regret of missing out the fun of a Twitter party and being on board the latest trends. Imagine sending chirps in real time on ‘Twitterverse’ for the anniversary of your favorite band while you are slumbering peacefully on your bed, how cool is that?

Here we go again with the cringeworthy feature: a bio and username history that shows the hilarious (and irrelevant) quotes we have written on our profile in the past, not to mention the made-up names consisting of capital letters and numbers we used for a “creative” description. No one can deny it that for once in our lives, we joined this shameful but fun bandwagon.

To be honest, if only Twitter would permit us to see no less than the names of private accounts who we do not follow but like our tweets and retweets, we will be spared of the anxiety of being watched, or on a positive note, be thankful for their support. However, it is really not an issue to have zero likes on Twitter. In fact, not being seen is often much better than feasted by anonymous likers.

So Twitter, we are keeping our fingers crossed that the new stuff you are “working on” will be these features, and hopefully not a roundup of your “we’re sorry or you’re welcome” decisions. 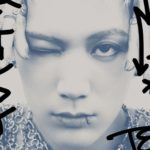 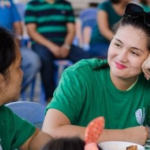