(G)I-DLE, a 6-member girl group from CUBE Entertainment, was announced to have a full comeback to activities as a whole group in the latter part of 2021, and Neverlands, (G)I-DLE’s fans, are surprised and excited.

This news comes after the girl group’s focus on their solo activities, with leader and main rapper Jeon Soyeon having her solo comeback recently with her first solo EP “Windy”, vocalist Yuqi debuting as a soloist with an album named “A Page”, main vocalist Minnie having her acting debut in the Netflix sitcom “So Not Worth It”, and main vocalist Miyeon with her MC hosting gig in M Countdown and her web drama “Replay: The Moment”.

The news also somewhat confirmed main dancer Soojin’s return to group activities, after a hiatus following the alleged bullying accusations she received from former classmates. Although nothing was confirmed or made certain, Soojin’s probable comeback to activities made Neverlands overjoyed, with most of them tweeting “SOOJIN FREEDOM” on Twitter.

Here’s to hoping for (G)I-DLE Soojin’s release from the basement! Support (G)I-DLE and their solo activities! 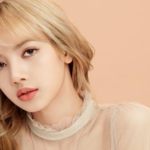 BLACKPINK’s Lisa confirmed to have a solo debut this summer