TWICE’s banger song “What is Love?” seems like the best song to describe love as another K-Pop idol couple was confirmed to have parted ways.

Super Junior’s Heechul and TWICE’s Momo have been confirmed to have broken up after a year and a half of dating, as verified by their agencies Label SJ and JYP Entertainment. The reason for their breakup was reported to have been due to their busy schedules, with both agencies not giving any more details as “it is the artists’ private life.”

Kim Heechul and Hirai Momo both denied reports of their relationship until January 2, 2020, when both of their agencies confirmed that they were indeed dating after their senior-junior idol relationship.

K-Pop fans around the world have mixed emotions with this news as topics of “Momo”, “Heechul”, and “MoChul” have trended (and are still trending) on Twitter. While some were saddened with the news of the idol couple ending their relationship, others were overjoyed and even celebrated the fact that TWICE’s Momo was “finally free”.

heechul and momo broke up 💔
twice was right, what is love? pic.twitter.com/yRaMKtpKza

momo literally got dragged by those people for the last 18 months! we want to celebrate as she is free from them! don’t speak on onces! pic.twitter.com/X4caNReYq6 https://t.co/DsX7LPRklu

Kpop stans are such hypocrites. They go "aww they broke up I hope momo is okay 🥺" and then they quote you with that encore video calling momo a bad singer the next day. Yall do not care about her wellbeing I promise u 😭😭

"Let's just meet in another life my love. I love you, goodbye":<

Those people who are happy that heechul and momo broke up, what's wrong with them, you don't know how they feel now, grow up!!#heechul #MOMO #WeLoveYouMomo pic.twitter.com/oQej7Rz8uj

One of the main reasons why K-Pop fans and ONCEs were elated over the news of the idol couple’s breakup was because they disapproved of their huge age gap, with Heechul being 37-years old (turning 38 this Saturday) and Momo being 24-years old. While there’s nothing wrong with the age gap since they’re both consenting adults, fans believe that Momo was “forced” into the relationship.

Seeing celebratory posts in the qrts makes me sick. These people do not know the concept of a break-up. It hurts like hell. Ill-wishing MoChul’s relationship does not make you any different from Twice’s haters. https://t.co/ef15GM2faM

I hate how so many stans are celebrating and throwing him under the bus just bc they didn't like Heechul.

Btw, I feel ashamed of my own fandom that is celebrating this. I will always say that fandom is the main enemy of our girls, sadly.

Whatever the real reason is, let’s hope for Heechul and Momo’s happiness. At least they have their respective k-pop groups to turn to. (RIP my MoChul heart tho)

Man marries himself after breakup with fiance 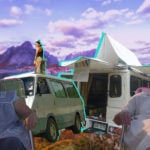 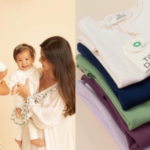 4 celebrity-owned businesses that emerged during the pandemic