Should musicians be praised solely for their vocals and melody even if their lyrics are tone-deaf?

Twitter user @kandreamt recently brought up Moira Dela Torre’s infamous ‘Titibo-tibo’, sparking discourse on LGBTQ+ representation in OPM. Despite the controversy surrounding the song, fans are continuing to defend the singer on the basis that the lyrics were inspired by someone’s real experience. However, many have argued that it doesn’t take away the fact that its message supports toxic heteronormative ideals that harm the gay community.

While it has been 3 years since its release, it seems like a lot of Filipinos still believe that it’s not a big issue. When in fact, these anti-LGBTQ narratives continue to be present in contemporary OPM.

Starting off with the title on its own — which roughly translates to “acting like a lesbian” — it already perpetuates idea that being gay is just a phase. The song follows the story of a girl who was never interested in typically feminine things, until she finds herself catching feelings for a boy.

‘Titibo-tibo’ reinforces the problematic belief that lesbian women can be “changed” if the right guy comes along. The lyrics invalidate their sexual identity and gender expression, while also upholding society’s unrealistic standards of how a woman is expected to act like.

What's up with her stans sldjxkxj stop saying she didn't wrote it and she only sang it. The fact that she still accepted to sing the song despite its lyrics says a lot already. I can be a fan of someone's work but i will never defend them if they evidently did wrong.

A local rapper that goes by ‘Young Vito’ came under fire last year after posting a snippet of his song ‘Awit’ on Instagram. The artist was slammed for its transphobic message, but that didn’t stop him from releasing the song under Viva Records.

“Lawit” translates to something hanging — this line in particular contributes to the stigma that trans women aren’t real women because of what they have between their legs. The song paints them to be “less than” and predatory for “deceiving” men.

Maybe he’s just insecure because his beat isn’t even original and he just copied it from another producer on YouTube.

hello to straight people wondering why the song "Awit" is transphobic, lemme explain that

The song figuratively & literally shames our trans women sisters. In the process, it invalidates their womanhood

What you probably didn’t expect to see on this list is beloved rock band ‘Parokya Ni Edgar’, but even legends can be problematic. Their 2002 Himig Handog single depicts how the narrator is squeamish after finding out that his male best friend is gay, and has a crush on him.

The decent thing to do when confronted with a situation like this is to talk to them about it, right? Instead he resorts to avoiding his phone calls, missing school, and making excuses to not see his best friend.

The music video also feeds into stereotypes as it portrays the best friend to be extremely feminine, leaning into the “bakla” caricature. One scene even shows the main character being sexually harassed as his best friend squeezes his butt without consent — further perpetuating the harmful notion that gay men are predatory.

What makes this so dangerous is that these malicious messages hide behind catchy beats to make it onto charts. These songs give people the permission to carry on with their backwards ideals. It promotes an environment that normalizes and accepts these anti-LGBTQ statements.

OPM artists and fans alike need to do better to create a more inclusive space in the industry. 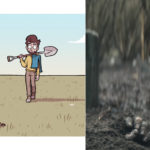 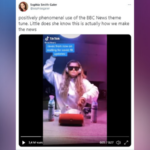 First your dreams, now your tweets: London museum is making some viral acquisitions