First your dreams, now your tweets: London museum is making some viral acquisitions

Since the beginning of the pandemic, many of us have turned to Twitter to share our moods. The Museum of London has therefore decided to acquire several tweets shared by Londoners during the spring lockdown. These digital pieces of writing will enrich its “Going Viral” collection project.

This digital initiative was launched during the spring lockdown “to investigate and record the increase of social media use by Londoners to communicate shared experiences” of the pandemic. The 13 tweets acquired by the London museum “lay bare people’s emotions and frustrations during this unprecedented year.” They also all went viral — having been shared or “liked” more than 30,000 times on Twitter.

Among them is a tweet in which a user of the social network complains that she received a bag containing about 50 sausage rolls instead of the tampons she had ordered on Amazon. Or a post by British journalist Sophia Smith Galer, in which she comments on a parody video created by a Tiktok user based on the BBC News theme music.

“Little does she know this is actually how we create the news,” wrote Sophia Smith Galer. An observation that has collected, to date, more than 138,600 “I like” mentions and 30700 retweets.

“Humour and sarcasm have always been an inherent characteristic of Londoners, but especially employed as coping mechanisms throughout history in times of crisis and hardship. The Covid-19 pandemic has been no different with imagination, creativity and wit uniting us in ways never seen before while we’re physically separated by social distancing measures,” declared Foteini Aravini, the Museum of London’s digital curator.

Just one step between tweets and dreams

The museum was inspired by a research project called “Going Viral” launched by Twitter last August. The social network’s researchers had noticed the appearance of new behaviors related to the pandemic, including an increased use (+60%) of the “crying face” emoticon. “In a year where we were forced to be physically distant, people came together virtually on Twitter. These tweets collected by the Museum of London capture how a sense of humour and a true sense of community helped people in London cope and help each other,” noted David Wilding, head of planning at Twitter UK.

In recent months, the London Museum has been increasing its efforts to collect artifacts linked to the pandemic. In particular, it has partnered with the Museum of Dreams at Western University in Ontario for the “Guardians of Sleep” project. The goal? To collect the dreams of the inhabitants of the English capital in the form of video testimonials, in order to “provide a more emotional and personal narrative of this time for future generations.” NVG

In the shower, the toilet or the street… where do we find inspiration? 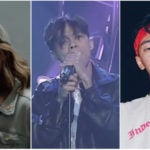 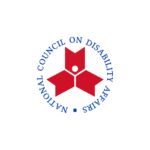 NCDA’s Direction for All approach to empower Persons with Disability