With the country’s celebration of National Arts Month underway, Filipino artists from all over the world have been commemorating this special month of February in their own ways.

Whether through personal, professional or academic projects, they have been using all forms of art to recognize Filipino art and heritage.

For Mark Cañega, a 26-year-old artist from Antipolo City, animation is the way to go as he breathes new life into a masterpiece by the Grand Old Man of Philippine Art himself, Fernando Amorsolo.

His 50-second animation in honor of Amorsolo’s painting titled “Couple Riding a Carabao during Sunset” has since gone viral on Facebook after its posting on Jan. 31.

“An attempt to animate my favorite artwork of Philippines’ National Artist for Visual Arts Sir Fernando Amorsolo,” Cañega said in the post, which has so far gained over 7,300 shares and 6,300 reactions.

In Cañega’s work, the carabao in the said painting walks as the couple sits on its back while the vibrant grass dances to the blowing of the wind.

On why he chose to honor Amorsolo, the country’s first-ever National Artist, Cañega tells INQUIRER.net that the renowned painter’s works inspired him to tackle art when he was young.

“I love all the paintings of Sir Fernando Amorsolo, most of us are familiar with his works since our elementary days. And as someone that is into art since childhood, his works gave me the motivation to become more interested in art as I grew older,” he explains.

Cañega also shares that he specifically chose the said painting to animate as he is “amused at how it shows what love and life were way back then.”

“It’s like a perfect combination for the month of February, which is Love and Art. Life is so simple yet magical. The mood with the sunset, with the couple, imagining the blow of the winds, listening to the calming farm and trees. All the elements in the scenery captured all the emotions and nostalgic feelings that can bring us back to good old memories. Especially this time of Pandemic where everyone’s mental health is affected, a simple escape, reminiscing on our simple life back then can lift someone’s heart and soul,” he explains.

While he noted in his post that he cannot push through with his plan to make more animations based on Amorsolo’s oil paintings, Cañega admits that the public’s overwhelmingly positive reaction has made him reconsider.

“To be honest, when I posted it, I decided not to think about continuing it because of how hard it took me to finish that piece. BUT, with all the reactions I’m getting from people, reading all their messages and comments, it made me reconsider things.

“Someone actually commented, ‘So nostalgic, I feel like crying….’ and when I read it, it moved me. Because I normally do my personal work for my self-improvement and own fulfillment only, but after reading those touching comments, sharing their childhood memories, literally thanking me for creating it and so on, I feel like I need to do more because this is the least thing I can do for them, my animation/art is ACTUALLY making people happy,” he emphasizes.

“And that’s beyond amazing,” the artist adds.

On a technical standpoint, Cañega explains that the hardest part of  making the animation was “separating each element on the scene, from the carabao to the characters, the grass, as well as the background.”

“The tricky part is when you need to re-paint some parts, you need to be more careful to maintain the authenticity and traditional look as much as possible because messing around with the details will lose the point of animating the original artwork,” Cañega explains.

“And you need to put yourself into Sir Amorsolo’s mind, imagining the scenery and perfectly balance everything, from the animation to the compositing, up until putting the perfect music. Everything needs to be balanced and elegant, overdoing it will ruin the main mood,” he adds.

Cañega, who studied animation at the De La Salle – College of Saint Benilde, is currently a freelance video artist. He does animation, motion design and visual effects, among others, while also finding time to teach animation at his alma mater on the side.

As both a student and teacher of the craft, Cañega admits that what he loves about animation is its versatility and the freedom it gives him as an artist.

“Because with animation, you can tell your stories in different approaches, from the art style to the movement, emotions, colors, etc. Whether it is 2D, 3D, Stop motion, experimental, or mix. There’s always new things you can try and explore with animation especially with the fast transitions in technology,” he explains.

While it is his job, Cañega continues to hone his craft even during his free time as he admits that it is his “escape” and “stress reliever” from all projects for work.

“I love creating different types of animation aesthetics, with different kinds of approaches and techniques for me to enjoy every process and at the same time learn something new.

“[It’s] different when you work on something that’s all for yourself, from the concept up until the final look, it’s all yours and that is sooooooo fulfilling,” Cañega highlights.

Noting that while others would prefer to go on vacation in their free time, Cañega says that working on animation is what makes him happy. “It makes me ‘me’ as an artist,” he says.

Those who appreciate such endeavor are also in luck, as Cañega shares his works on his social media accounts for all to see. For one, fans of the hit Nickelodeon series “Avatar: The Last Airbender” will surely love Cañega’s reimagining of Aang in a 3D world.

Cañega has also shared his unique take on EDSA traffic by giving it quite a twist: the chaotic parade of cars is now merged with the ocean as fish and other aquatic life freely swim around the metro.

Cañega also shares his relief that animation is slowly becoming more and more appreciated in the country, noting that he and his fellow animators are excited about what is to come.

“There are also a lot of film festivals as well that give motivations and exposures for many animators. It is indeed exciting for many of us because more and more opportunities for Filipino artists are coming,” he adds.

Despite this progress, Cañega notes that what he wants to improve in the country’s animation and art scene, in general, is the compensation for artists.

“I hope some companies/clients give more appreciation to artists by paying the right amount on their services. Artists will work twice or thrice the effort just to produce the very best quality on their works, so it [saddens] me whenever some artists are not getting paid or asking for free designs,” he laments.

“It’s so unfair that people are thinking that we’re just doing it for passion, we need food to eat, and have bills to pay, we need to be treated like engineers, doctors, or any other profession. [Because] we’re professionals too,” Cañega adds.

As an artist slowly but surely making a name for himself now, Cañega has this to say to fellow and aspiring artists: “The good thing about being an artist is there’s no such thing as ‘limit’ even when you’re old, there’s always something you can explore, your imagination is your only limit.”

“Just let it flow, and you will find your style eventually, it’s not a race so there’s no need to rush. Don’t compare yourself to others and just enjoy the process. Keep improving your craft, take it slow, learn the basics and don’t hesitate to get out of your comfort zone,” Cañega explains.

“Whenever you feel down, just look at your old drawings, compare it to what you have right now, and give yourself a pat for improving regardless of how small or big it is,” the artist adds.  /ra 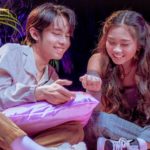 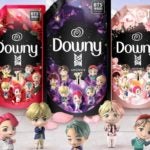