Toph Beifong—blind earthbending master, mother of metalbending and perhaps one of the most powerful benders ever—will finally have her own book.

Written by Faith Erin Hicks and illustrated by Peter Wartman and Adele Matera, the book will tell the story of the young master running her own bending academy after the events of “Avatar: The Last Airbender.”

It will also shed light on what the most badass member of “The Gaang” (and even maybe of the entire “Avatar” universe) has been up to before she became the police chief of Republic City in “Avatar: The Legend of Korra.”

“Things are looking bright at the Beifong Metalbending Academy! But after all the adventures Toph’s had with Aang, Sokka, Zuko, and Katara, the whole thing feels a bit dull,” the book’s synopsis read.

“Luckily, Sokka and Suki come to visit and reintroduce some familiar faces from their wandering days. And while out and about to celebrate, Toph discovers something that just might put the sparkle back in her eye,” it added.

Toph’s standalone story comes after a trilogy of “Avatar” graphic novels called “The Promise,” which picks up immediately after the events of the first animated series’ finale.

“Avatar: The Last Airbender – Toph Beifong’s Metalbending Academy” is currently available for pre-order with a price of $12.99 (around P637) via Penguin Random House’s website.

‘Weathering with You’ arriving on top streaming-platform on July 31 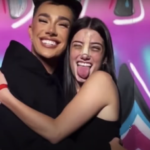 Social media influencers apologize for partying during the pandemic 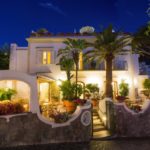