Follow us:
A collection of Tolkien's previously unseen writings on Middle-earth is due to be published June 24, 2021. Image: courtesy of Houghton Mifflin Harcourt Books & Media

If you thought you’d read everything there is to read by J.R.R. Tolkien, think again. A collection of previously unseen writings by the British author are due to be published for the first time in 2021. The collection will take readers straight to the heart of Middle-earth, exploring the land through its geography, its history and its people.

The collection, titled “The Nature of Middle-earth,” covers themes including Elvish immortality and reincarnation, and the geography of places where some of Tolkien’s most famous epic fantasies were set. The collection may even settle the long-running debate among readers of the British writer about whether dwarf women had beards — a debate that’s been raging on Reddit for years. 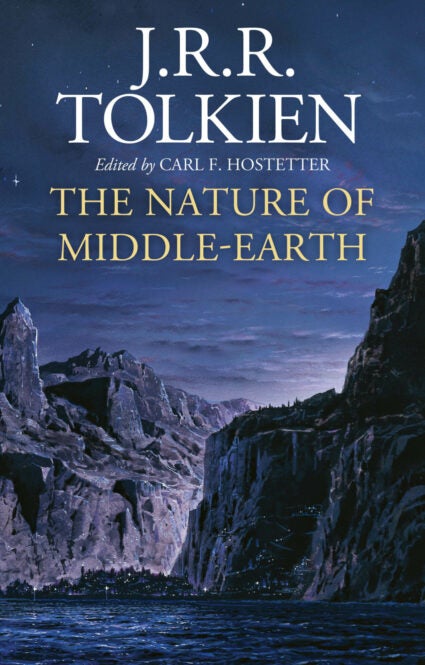 A collection of Tolkien’s previously unseen writings on Middle-earth is due to be published June 24, 2021. Image: courtesy of Houghton Mifflin Harcourt Books & Media

Considered one of the founding fathers of modern fantasy, Tolkien is best known for his novels “The Hobbit” and “The Lord of the Rings,” published in 1937 and 1954-1955. The works became international best-sellers translated into more than 70 languages, as well as Hollywood trilogies directed by Peter Jackson. However, the British author continued to write about Middle-earth in the following decades, right up until the years preceding his death in 1973.

“For him, Middle-earth was part of an entire world to be explored, and the writings in ‘The Nature of Middle-earth’ reveal the journeys that he took as he sought to better understand his unique creation,” explains in a statement Deb Brody, vice-president of the American publishing company, Houghton Mifflin Harcourt.

“The Nature of Middle-earth” is a collection of writings edited by Carl F. Hostetter, one of the world’s leading Tolkien experts and respected head of the Elvish Linguistic Fellowship. This international organization, founded in 1988, studies the fictitious languages imagined by J.R.R. Tolkien. The book is due out June 24, 2021, and is published by HarperCollins in the UK and Houghton Mifflin Harcourt in North America. NVG

How Harry Styles, Marine Serre and ‘Emily in Paris’ influenced fashion choices in 2020

Fantasy
Houghton Mifflin Harcourt
JRR Tolkien
Lord of the rings
Nature of Middle-earth
INQPOP! Stories we think you might also like: