Who said cats are too cold, distant, and even snobbish to really care for its hoomans?

Joey Mansalungan, a mom from Imus, Cavite found out that such beliefs are wrong when she was surprised to see photos of their pet cat looking after their baby boy, while she and her husband were not at home. 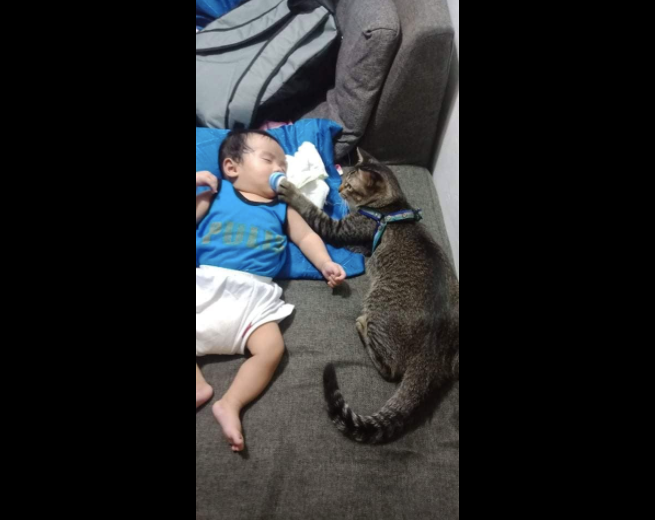 (I and my husband went out to buy our baby’s needs. When we returned, our children showed us these [pictures].) 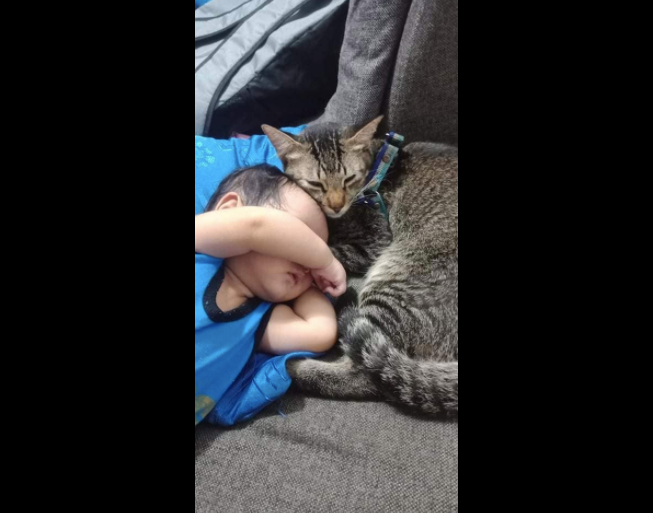 Mansalungan said her daughter Sodina was the one who took the photos of baby Cael and their cat named Keanu.

(The cat has always wanted to come close to my baby; only now did it have the good chance to do so.) 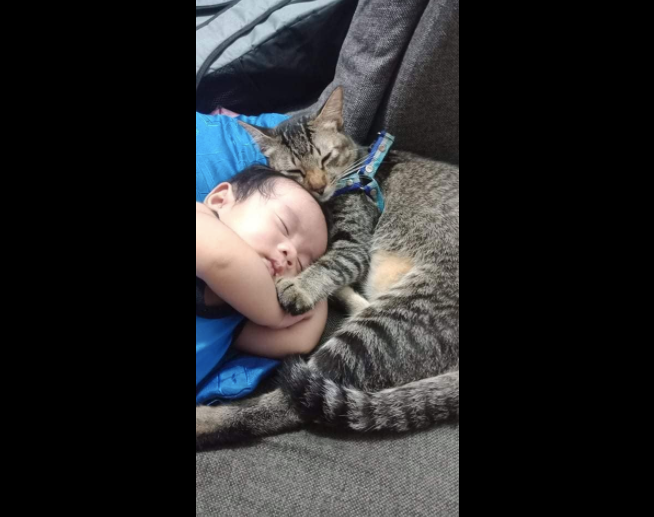 The photos easily went viral after she shared it on a public Facebook group page for cats and dogs (Cats and Dogs Rescue Philippines) on Nov. 3, right after the country suffered the onslaught of Typhoon Rolly.

Mansalungan noted that she posted the photos “for the purpose of spreading good vibes and love especially in times of catastrophe that our country [is] experiencing.” JB