One father from Massachusetts in the United States was hit hard by the news of his baby’s gender — literally.

Tom Cressotti and his wife Kristin Cressotti were hosting a gender reveal party in their backyard and did not realize that they were holding their smoke bombs the wrong way.

“When my wife handed it to me, I asked her if it was the right way,” Tom Cressotti recalled to Today Parents last Sept. 5. “She assured me it was and even told me to hold it a little lower like the packaging shows.”

As it turns out, they were both mistaken. The flare exploded blue powder on Tom’s groin area, signifying that they were expecting a baby boy, as seen in a video Kristin posted on Facebook last Aug. 31. 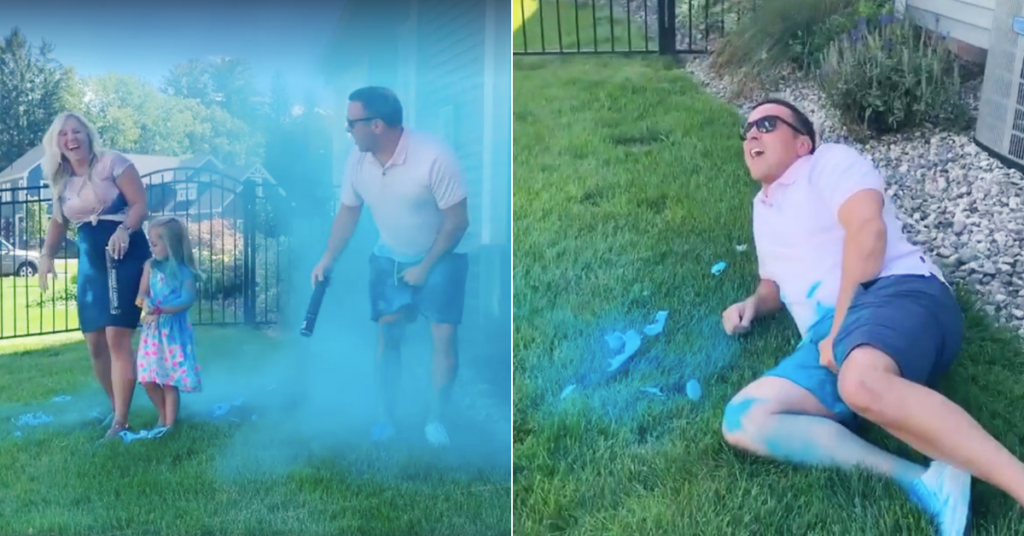 Tom Cressotti roiled in pain after the smoke bomb hit him straight in the groin. Image: Facebook/@kristin.joyal.7

The pain in Tom’s crotch caused him to go down on the ground, while he yelled out that his wife gave the smoke bomb to him the wrong way. The video has over 930,000 views as of writing.

Have a gender reveal they said, it will be fun they said……PSA read instructions first! 💙💙💙💙💙Tom CrThis video is exclusively managed by Kennedy News and media. To license or use in a commercial player please contact ‪news@kennedynews.co.uk.‬

The couple said in the report that the smoke bomb was meant to bring colored smoke 30 feet into the air.

A guest in the background could be heard yelling, “No need for a vasectomy!”

Tom said he was first worried about his daughter getting hit, adding, “Later, I was able to laugh at the situation, because no one got hurt.” JB