The UP Economics Society (UP Ecosoc), a socio-civic student organization based in the UP School of Economics, will be holding the National Economics Summit (NES) virtually through Zoom. NES is an annual forum consolidated by notable Economics and Business undergraduates, graduates, and professionals from all the regions in the Philippines. Due to the Covid-19 pandemic, NES will be open to everyone to inform as many Filipinos as possible of the current economic situation of the Philippines and the implications it might have on the citizens. Over 300 delegates nationwide are expected to participate in this conference. 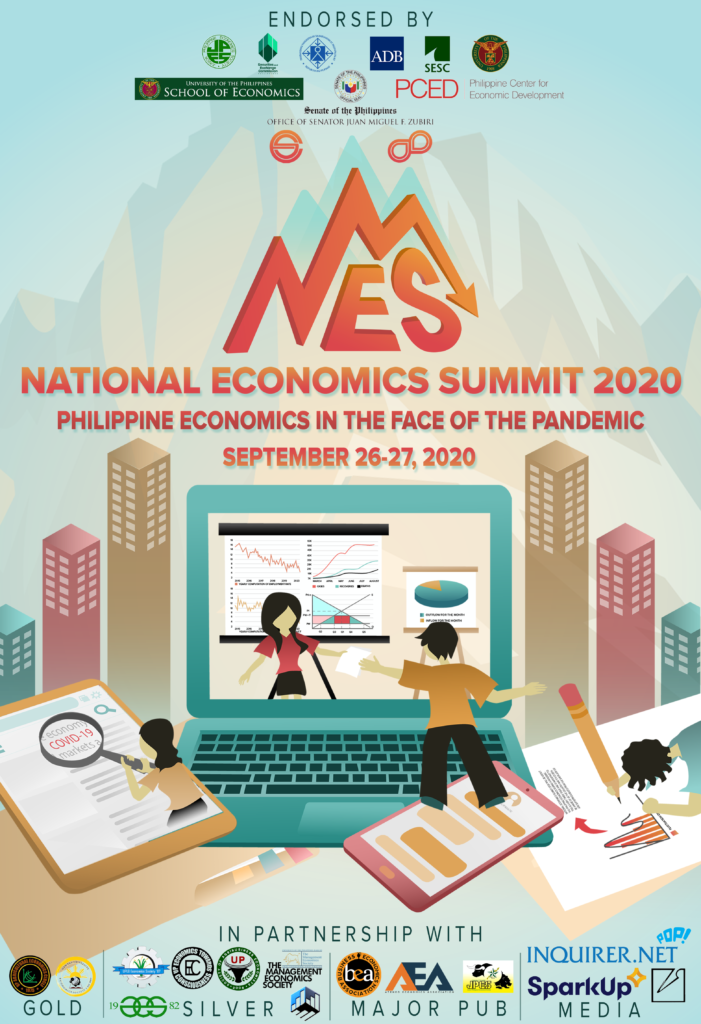 In view of providing a lasting and positive impact on the next generation of economists and leaders, NES explores the interconnection of health and economics in the face of the pandemic. It aims to raise a collective consciousness of the public on the true state of the economy. This year, the summit is divided into a two-day online forum. On the first day of the summit, talks highlighting the various perspectives on the topic of the year are given by esteemed experts and speakers. Consequently, specialized economic discussions will transpire on the second day with the intent of arriving at the synthesis Summit Statement that is published online.

On the 10th year of NES, the theme will be ‘Philippines in the Face of the Pandemic’, discussing the intermingling of health and economics, the government’s fiscal and political responses, and the economic forecasts moving forward, among other things.

During its prior years, the Summit featured the likes of former National Economic Development Authority (NEDA) Director Dr. Cayetano Paderanga Jr. as one of the speakers. Moreover, Young Environmental Forum Executive Director Ludwig O. Federigan, UP Diliman Professor Emeritus Winnie Monsod, former Department of Environment and Natural Resources (DENR) Secretary Gina Lopez, and Philippine Competition Commission (PCC) Commissioners Stella Luz Quimbo and Johannes Benjamin Bernabe joined the list of NES resource speakers years after. The summit has expanded to be an established event by previously being recognized and endorsed by the National Economic Development Authority (NEDA), Junior Philippine Economics Society (JPES), and the Office of the Vice President of the Philippines (OVP) Leni Robredo. NES also partnered with the Philippine Competition Commission (PCC) for the 2018 summit. As for this year, NES is partnered with

INQUIRER.net – POP!, SparkUp-BusinessWorld, and the UP Journalism Club.

National Economics Summit
University of the Philippines Diliman
UP Economics Society
UP School of Economics
INQPOP! Stories we think you might also like: