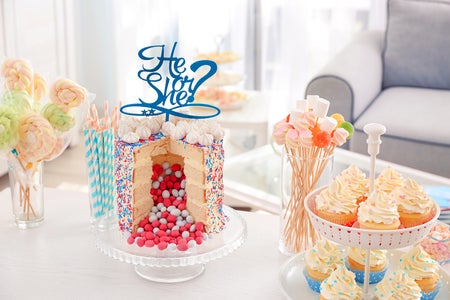 A blogger from Los Angeles is speaking against gender reveal parties after one she hosted went viral in 2008.

Jenna Karvunidis, then proud to announce that she was expecting a baby girl, is equally proud now that her daughter prefers wearing suits. At that time, she baked a cake with pink frosting inside to announce her baby’s sex. She featured it in her now-defunct blog and in a parenting forum.

She had no idea that her concept would gain traction. Similar reveals have been performed each year since then, if not with cake, then with balloons popping or smoke, using colors of either pink or blue to indicate the baby’s sex.

These days, she would rather do away with gender reveal parties after learning that they can harm LGBTQ+ kids.

She said in a Facebook post on July 25: “Who cares what gender the baby is? I did at the time because we didn’t live in 2019 and didn’t know what we know now — that assigning focus on gender at birth leaves out so much of their potential and talents that have nothing to do with what’s between their legs.”

A weird thing came up on Twitter, so I figured I'd share here. Someone remembered it was me who "invented" the gender…

Karvunidis explained to Elle in an interview on Monday, July 29 that she hosted her party to celebrate having a baby after a number of miscarriages. Now, she speaks of her regrets, thanks to her daughter’s non-conforming gender expression.

“I think people are excited and it’s the first thing you learn about your baby. The problem is the first detail you get about your baby is by far not the most important. There are one thousand more important details about a person than their gender, but you don’t get to know them until later,” she told Elle.

“For the majority of people, gender reveal parties are not going to affect our lives. That’s the thing with oppression; only those affected feel it. They have bad feelings about it,” she added. “Gender reveals are really offensive to non-binary and transgender people. When we emphasize gender as the first thing to celebrate about babies, [transgender and non-binary people] are further marginalized.”

Instead of having a party just for a baby’s gender, she recommended, “Maybe have a party when you’re ready to make your pregnancy announcement and the surprise is ‘yay we’re having a baby!’ Cakes of all colors!” JB

Why we need to quit gender reveal parties

‘I honor you’: Mom holds gender reveal shoot for coming out of transgender son 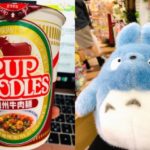 LOOK: 10 Things we hope will be available in Don Quijote Philippines 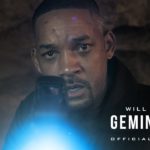 WATCH: The Hunter is the Hunted in the New ‘Gemini Man’ Trailer