Follow us:
Image: The Fresh Prince of Bel-Air collection via AFP Relaxnews. 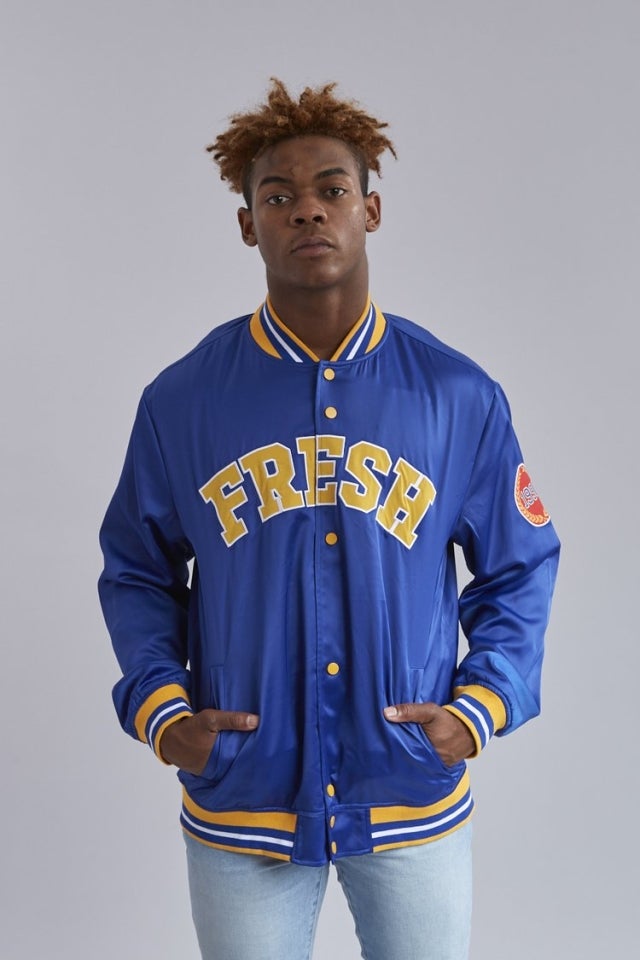 Image: The Fresh Prince of Bel-Air collection via AFP Relaxnews.

To celebrate the 30th anniversary of the series “The Fresh Prince of Bel-Air”, first broadcast on Sept. 10, 1990, fans have the opportunity to slip into the most emblematic outfits of Will Smith and his sidekick DJ Jazzy Jeff.

A collection that focuses on color block, oversized shapes and streetwear style to honor the spirit of the 1990s and the cool attitude of the American actor.

Thirty years ago, Smith left Philadelphia to adopt the new lifestyle of an upscale suburb of Los Angeles, completely disrupting the Banks’ daily life. While the plot setup of the sitcom produced by Quincy Jones, which sees the meeting of two very distinct universes, is at the origin of the success of the series, the charisma, humor and the looks of the actor have also largely contributed to viewers’ infatuation.

Three decades later, after Smith shared a snapshot of the reunion of the original cast, a ready-to-wear collection for men and women is adding to the nostalgia of the series’ biggest fans. It invokes the spirit of the ’90s and the chill attitude of the main character and his best friend.

No less than 30 pieces make up this anniversary capsule, with a focus on the great classics of the 1990s including a varsity jacket, hoodies, loose fitting T-shirts, sweatpants, caps, and even socks. The only accessory you might not have noticed in the series that ran from 1990 to 1996 was a face mask in the colors of “The Fresh Prince of Bel-Air”.

Each piece allows fans to recreate the various looks of Smith in the series, except for the occasional suits he had to wear to blend in with the Banks.

The collection is an ode to the ’90s through and through, which is an aesthetic that is also perfectly on trend 30 years later.

‘The Fresh Prince of Bel-Air’ is getting a dramatic reboot

90s fashion
anniversary collection
ready-to-wear
The Fresh Prince of Bel-Air
Will Smith
INQPOP! Stories we think you might also like: