Despite the tremendous growth of mobile gaming globally, many of us still frequent the amusement arcade for two reasons: nostalgia and entertainment. But, more often than not, what really draws people into visiting venues like this are the ticket points that they can get out of playing a specific game. 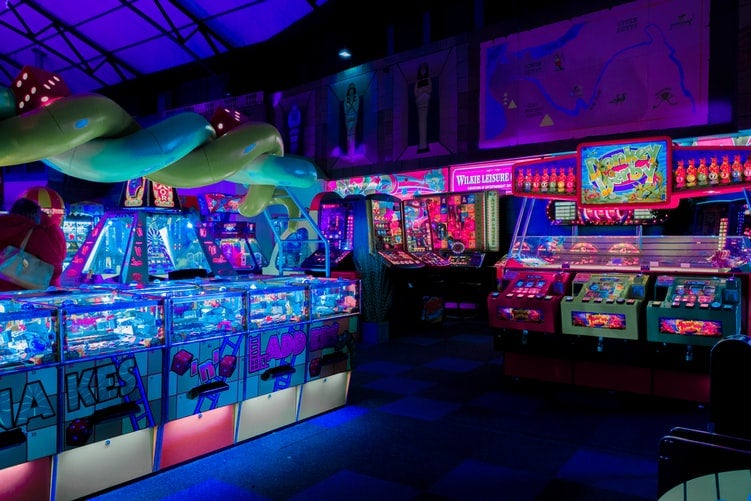 These tickets can be exchanged with goodies, trinkets, and other items you’d never expect at their ticket redemption booth. Tom’s World PH (one of the many arcade centers here that offers a wide array of redemption machines and kiddie rides) posted a picture of a man named Richard Fajardo who won a Bestank Water Tank using his 122,520 ticket points.

We got your back on your home essentials! 👍👌Congratulations to Mr. Richard Fajardo for redeeming a Bestank water tank…

The post, which now has 3.3K likes, 900 comments, and 2.4K shares, received mixed reactions from Facebook users. Some commented that this man really knows his priorities while others commended his sheer determination.

There are also online users who don’t seem impressed by Fajardo’s achievement. In the comments section, a guy gave a detailed computation of the money he spent on games and tokens—calling him stupid for wasting roughly P40k-P50k on a water tank. 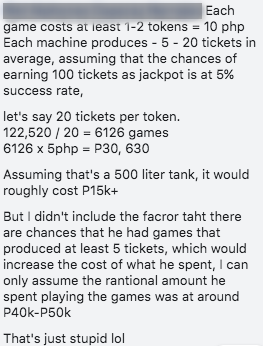 Some people will really rain on your parade—and we can’t blame them. After all, we all have our own goals and priorities and this guy here just achieved what he had worked hard for.