One side effect of the Coronavirus making the rounds in China recently is not your typical coughs or colds—it’s downloading the game Plague Inc. developed by UK-based studio Ndemic Creations. The eight-year-old strategy game, which requires users to create a deadly virus that would wipe out all of mankind, is currently the bestselling app in China, fueled primarily by news of the Coronavirus outbreak that has already more than 800 confirmed cases and 26 deaths in their country. 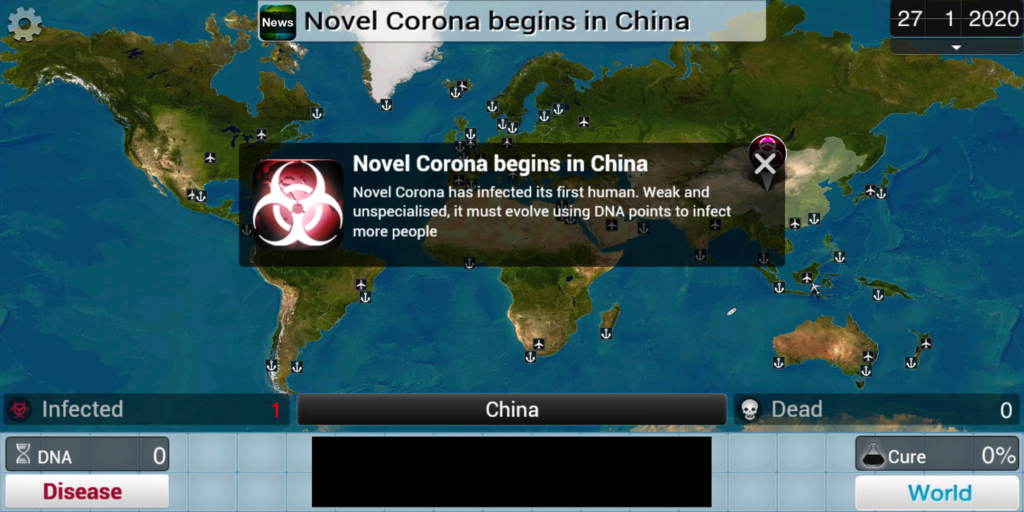 Ndemic Creations took to Twitter regarding the outbreak and their game’s role amid all of it: “Plague Inc. has been out for eight years now and whenever there is an outbreak of disease we see an increase in players, as people seek to find out more about how diseases spread and to understand the complexities of viral outbreaks.”

The game developer, which had its website and servers experience very high player numbers over the last few days, and which has eventually led them to shut down their website last January 24, reminds users that Plague Inc. is still just a game and should not be their only source of information regarding the recent outbreak.

“Please remember that Plague Inc. is a game, not a scientific model and that the current Coronavirus outbreak is a very real situation which is impacting a huge number of people. We would always recommend that players get their information directly from local and global health authorities,” the statement from Ndemic Creations read, pointing users to the World Health Organization website.

This app is available on App Store and Google Play.