There have been a lot of in-your-face warning labels that consistently remind us of the long-term effects of smoking on our health. But this “kid”, who was caught puffing away a cigarette in the stands, seems unbothered about his antics.

According to The Sun, the incident happened during a friendly match between Turkish clubs Bursaspor and Fenerbahce. The football game, which took place at the Timsah Arena in Bursa, Turkey, aimed to raise funds to support kids who are struggling with Leukemia, Down Syndrome, and autism.

While everyone was enjoying the game, some viewers noticed what seems to be an inappropriate activity for a kid. As the camera panned among the crowd, it captured a 10-year-old Bursaspor fan enjoying a drag as he sat next to another kid. 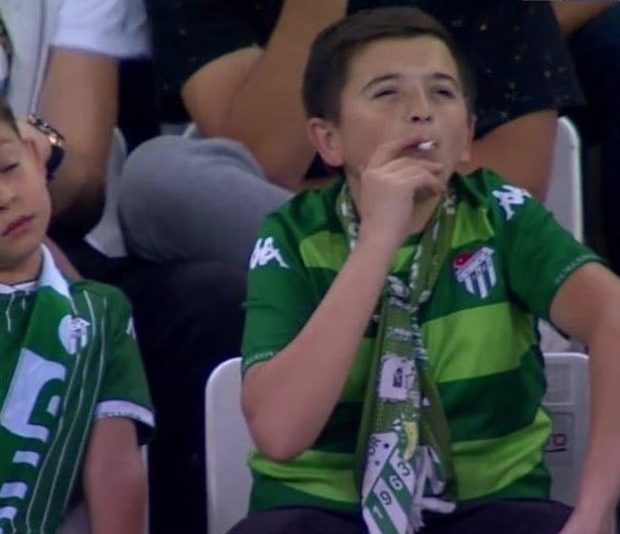 Upon seeing the clip, viewers searched for the kid’s identity, which eventually didn’t take that long. Local reports claimed that the kid in green Bursaspor shirt is already 36 years old and the youngster sitting next to him is his son. Twitter user Nikola posted a photo, along with a caption that says, “Children not 36 years old AKSJLADSJKLADSKJLDASJKLKLJ.”

Even though online users had found out about his real age, there is no guarantee that he will be able to get away with it as smoking in public places is banned in Turkey and violators could face a fine of 69 Turkish lira (PHP622.31).

In Belgium, a mullet is not a haircut — it’s a state of mind