Follow us:
Outside an artisanal brewery, hundreds of nostalgics and merrymakers gathered on Saturday to celebrate the mullet, the iconic 1980s hairdo. Image: AFP/John Thys

In Belgium, a mullet is not a haircut — it’s a state of mind 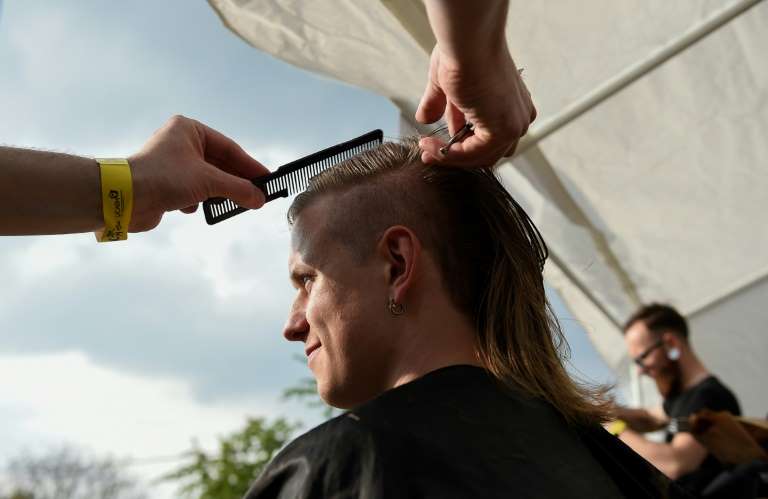 Outside an artisanal brewery, hundreds of nostalgics and merrymakers gathered on Saturday to celebrate the mullet, the iconic 1980s hairdo. Image: AFP/John Thys

Belgium is all business at the front, in the very serious capital Brussels, but it’s all party at the back, in the little western town of Boussu.

Here, outside an artisanal brewery, hundreds of nostalgics and merrymakers gathered on Saturday, May 18, to celebrate the mullet, the iconic 1980s hairdo.

For some, it’s a throwback to a simpler time. For others, it’s an anti-fashion statement or simply a bit of a laugh. For folklore specialists, it celebrates “dewanne,” tomfoolery in the Borinage dialect.

“This cut is a state of mind, a declaration of independence. It carries symbolic weight as an affirmation of self,” said organizer Damien Hubert, explaining how the festival evolved from a music video film shoot.

“To be honest, I’m not sure that many people ever found the cut very attractive. We’re not kidding ourselves about that,” he admitted.

Laidback outback Australia has hosted mullet festivals in the past, but organizers think that Boussu’s, which they hoped would attract around 1,500 people, is a first in Europe.

Many of those who turned out for a beer and a bold trim were thirty and forty-somethings nostalgic for the age of rocker Rod Stewart, footballer Chris Waddle or the United States adventure series MacGyver, in which the lead character sports a mullet.

“When I was little, I was in love with MacGyver, this is like a return to my childhood,” said 31-year-old Marie Vandeville as she went under the razor. “I’ll only leave it a few days, afterwards we’ll even it up.” HM/JB